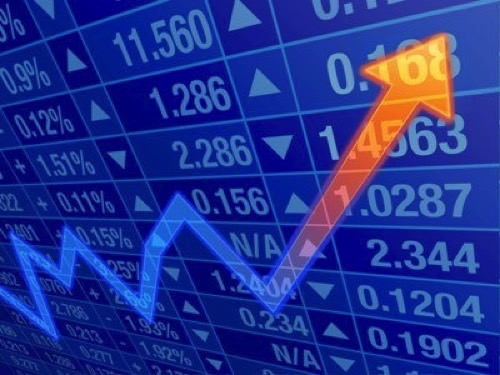 Our world is turning into one gigantic interconnected web, thanks to the growing number of devices and physical objects linked to the Internet—and to each other—via wireless networks. That’s the basic idea behind a term that’s being tossed around a lot these days—the Internet of Things or IoT.

In fact, the latest IP version, IPv6, was designed to accommodate more IP addresses on the Internet, in part to address the need to connect this proliferation of new devices. In fact, the number of connected devices is estimated to reach 26 billion by 2020. That’s more than the number of people on Earth! No wonder IoT is one of the hottest topics being discussed in every industry today. Sure, there’s a lot of buzz about IoT among managed service providers (MSPs) as well, but do MSPs have a chance to capitalize on IoT? The answer is a resounding “yes.”

MSPs: Finding a Place in the Internet of Things

Consumer technologies are increasingly making their presence felt in the enterprise environment. Due to the huge popularity of consumer level apps, and much to the IT department’s chagrin, trends like BYOD, mobility, and Shadow IT have entered the workplace. The biggest challenge for companies is the fact that the influx of new devices in their workplaces is practically beyond their control.

Most businesses agree their IT departments are struggling to manage all of these devices—some of which they’re probably not even aware are being operated from within their network. In addition, there are a lot of businesses, mostly small and mid-sized ones, which do not have the required in-house resources to manage even a small fraction of the number of personal devices being used daily by their workforce. This is where MSPs can step in. As the number of laptops, tablets, and smartphones continue to multiply, all of them will require management. The Internet of Things is poised to cause the services market to explode.

The Game Changer for MSPs

With the rise of cloud computing, the business game has changed dramatically for traditional IT shops. It went from a lot of break-and-fix style bench work and in-house support to a world where everything (well, mostly everything) can be done remotely. Today there’s a whole range of “as-a-service” models: Software-as-a-service (SaaS), infrastructure-as-a-service (IaaS), and platform-as-a-service (PaaS), while new models like big data-as-a-service (BDaaS), marketing-as-a-service (MaaS), and so on, are getting added almost every year.

What’s currently happening in the managed services industry in terms of mobility, mobile devices, and the management of network requirements due to these changes is just the beginning. You can think of it as an extremely rudimentary form of IoT-as-a-Service (IoTaaS). With devices hitting company networks at breakneck speed, there are going to be a lot of opportunities for service providers to cash in—from managing these devices, to managing applications and training for employees and enterprises, to security, and so much more.

Speaking of security, there was a cyber-attack incident reported last year where “at least one fridge,” among a thousand other home appliances, was hacked and used to send spam around the Internet. This might sound like the premise of a bad B-movie and a bit far-fetched, but it certainly foretells the kind of security issues we may run into in the not-so-distant future. What will your digital home security system be up to next? We can joke, but the moral of the story is, device security management and maintenance is no laughing matter, and has the potential to become a healthy revenue stream for MSPs.

Let’s not forget, there are big opportunities for MSPs in the public sector as well. Cisco estimates that IoT will generate $14.4 trillion of potential bottom-line value over the next 10 years. “Smart city” initiatives, such as adding intelligence and communication capabilities to the public infrastructure, could drive a $3.3 trillion market by 2025, according to Frost and Sullivan.

MSPs Yet to Cash In on IoT

So, why aren’t more MSPs stepping up to capitalize? Last year, a study by AVG revealed that 58 percent of MSPs identified the need to partner with cutting-edge vendors in order to provide IoT-related services, in fact more than half of MSPs faced customer demands to provide said services, but more than 70 percent of them have yet to expand their service and product portfolio to capitalize on this increased, very lucrative, demand. This, to me, is simply bad business. For MSPs, missing the boat on IoT means millions of dollars of potential revenue could be lost. Considering that many MSPs are still struggling to get a grip on cloud services, IoT may seem daunting with complexities and challenges that the industry might not have envisioned. But then again, technology has always been an unpredictable and evolving force, and businesses that fail to adapt and evolve alongside are doomed for extinction.

This article was originally seen on MillennialCEO blog.