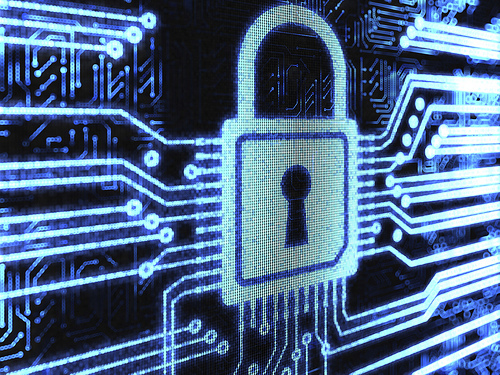 The digitization of the physical world around us, dubbed the Internet of Things (IoT), is transforming how we do business, and how we live our day-to-day lives. But when it comes to what consumers think about the IoT, there’s not much more important to them than their privacy, and that’s an important consideration for managed service providers (MSPs) as they think about how the IoT impacts the customers they serve. A recent report from the Altimeter Group bears this out.

The Consumer Perceptions of Privacy in the Internet of Things report questioned 2,062 American consumers about their perceptions of privacy issues around the IoT. The results should be eye-opening to MSPs, as they illustrate just how wide the chasm is between what consumers actually know about the IoT in general (which isn’t much), as well as their deep concerns about trust, privacy, and the security of their data. For an MSP, this is valuable information, as it provides more proof that being able to promote top-notch privacy and security as one of its offerings will continue to be a game changer when it comes to having a competitive advantage in the marketplace.

Before looking at the key findings of the report itself, I want to bring some context to the potential implications and consequences that IoT might bring. Writing at TRUSTe.com, Jessica Groopman, industry analyst at Altimeter and co-author of the report, raises some interesting thoughts about what is, after all, a technological development that is still in its infancy.

Jessica contends, not surprisingly, that as the IoT reaches further into our physical spaces, the resulting explosion of connections makes the system ever more vulnerable to threats—to our security, privacy, and safety. While legislators are making some attempts to build on existing laws, much more needs to be done to educate and protect consumers. As Jessica so succinctly puts it in her article, “the reality is, a world of ubiquitous sensors and connectivity is unlike anything humanity has seen to date, and requires a fundamental shift beyond litigation.”

I think that is the prism through which MSPs need to view the study results, especially in view of the fact that 87 percent of respondents hadn’t even heard of the Internet of Things. That of course may well be due to IoT being a bit of an insider term bandied about by those of us immersed in the digital space. As this graphic from the report illustrates, people get it that they own connected devices, but they aren’t making the connection between “being connected” and participating in the IoT phenomenon. 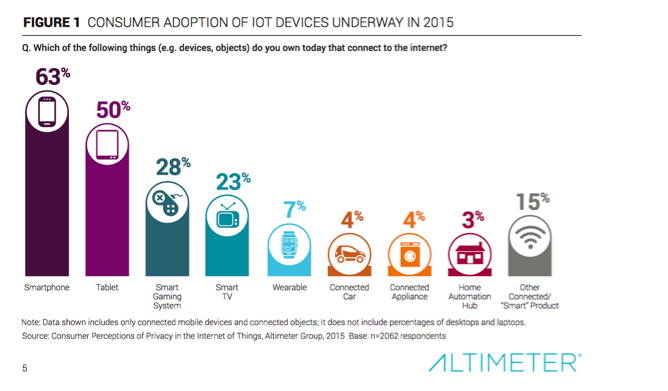 Respondents were asked to rate their interest in how their connected data might be used, how far they understood about how and when it might be done, and the trust they placed in those collecting data. As this graphic illustrates, while interest might be high, trust and understanding are much lower. 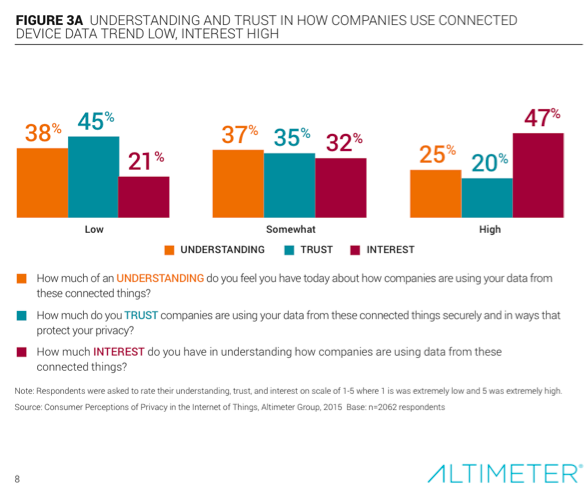 Naturally, those consumers that owned more devices had a higher level of understanding, trust, and interest than those with less exposure to technology.

Concerns With the Physical Connection With the Internet

The reality is that technology is, and will continue to change everything. And we all have to get used to a new relationship with the Internet. One that doesn’t necessarily end when we close our laptops or switch off our desktops, but that connects us 24/7 by way of location, environment, and/or activity. The survey questioned participants to ask how comfortable they were with companies using, or selling data relating to activity across seven core environments. 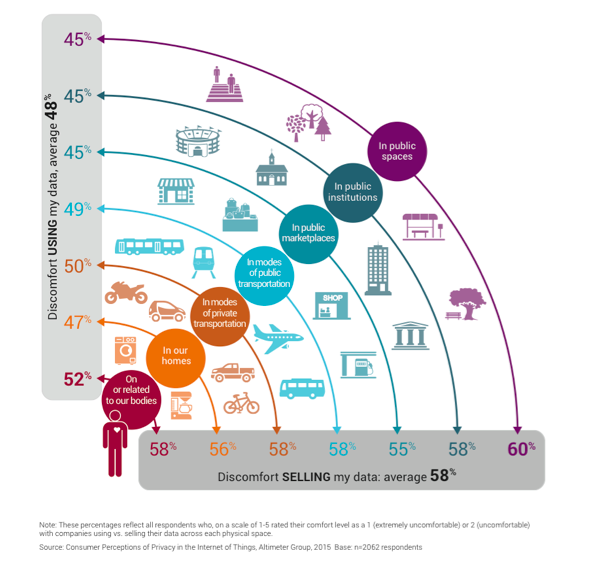 As the above graphic shows, respondents expressed concerns across the board about the use of physical data. Overall some 45 percent said they were “very or extremely uncomfortable” with their data being used, with an even higher proportion being uncomfortable with companies selling their data. Keep in mind that this question related to companies where an “opt-in” had already been agreed to. That’s why more than half of respondents also said that it was important or extremely important that companies notified them when they were collecting data.

When questioned in more detail about their privacy concerns surrounding data, more than half of respondents were “very or extremely concerned” about every aspect of data collection, storage, and potential uses. The level of concern rose to 78 percent around the selling of data to third parties, with data storage and personal identification issues also rating highly—another area where MSPs could add value by assuring customers have the best possible data storage and security options available to them. One surprise from the survey was that even the digitally savvy millennial generation has concerns as well. It is apparent that when it comes to security of data and privacy, every consumer, of every age group, has a vested interest.

There’s clearly an appetite among consumers to share data via their connected devices, provided they see some value from it. As the report authors point out though, just because you can add a sensor to something doesn’t necessarily mean you should. Consumers demand control and transparency, as well as a clear demonstration of the value to them from allowing their behavior to be tracked by their smartphones and wearable devices.

The report suggests several areas where companies can begin to improve their offerings in a way that can help them gain the trust of consumers, and these are areas where MSPs can definite add value for their clients. These areas include:

One way to achieve all of the above, as Jessica Groopman points out in her article, is by Privacy by Design (PbD), a concept that embeds privacy and security into the infrastructure of connected products. PbD sets out seven principles which are designed not only to enhance control over privacy and security, but also to give companies a “sustainable competitive advantage.” That second point alone should be enough to make those involved in the IoT industry sit up and take notice.

The challenge facing the technology industry as more devices are connected to the Internet and more data is collected as a result is enormous. This study suggests that however smart connected devices may become, consumers may not be prepared to accept them unless they have information about how their data is used and control over how and when it’s collected. By the same token companies, and the managed service providers that work alongside them can reap enormous benefits from the IoT, provided they can gain the confidence and trust of consumers.

What do you think about this issue? Do you have concerns about the proliferation of connected devices in our lives and the effect that they might have on privacy overall? Are you a managed service provider offering services related to security and data collection to clients? What challenges does the IoT present to your customers? I’d love to hear your thoughts on this.

You can download the full report at Consumer Perceptions of Privacy in the Internet of Things. (Registration required).

*(Please note that all graphics are from the report)