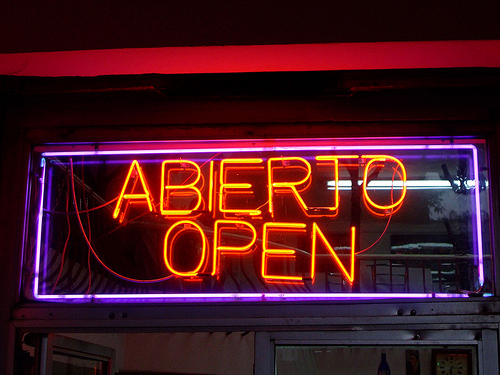 Hispanic adults in the U.S. are digitally savvy shoppers according to recent research from Experian Marketing Services. The company’s analysis, completed from June 2013 through November 2013, showed that Hispanics are more frequent visitors to retail websites and twice as likely to respond to mobile advertising than the average online population. According to Experian, Hispanics share of visits to the top retail websites was 21% higher than average over the period studied, a trend that was in fact increasing towards the end of the year.

Interestingly the data also showed that while visits to online shopping sites were more frequent, the use of shopping apps overall is on a par with the general population at 37% as compared to 38%. Heather Dougherty, Research Director at Experian Marketing Services commented, “Mobile apps are one of the only digital touch points where usage for Hispanic adults is average which highlights an opportunity for potential growth. Retailers looking to better engage the Hispanic consumer on digital channels should not only optimize their Website content for mobile but also offer Websites and apps in Spanish. This strategy could engage potential customers who may prefer to shop in their first language.”

Hispanic adults are also shown to access social media more often with 69% dipping into their favorite platforms at least once day compared with 62% of the non-Hispanic population. Mobiles, tablets and gaming devices are most commonly used with work and home PC’s proving to be less popular. Tellingly for marketers who employ social media advertising, Hispanic social media users also are 6 percent more likely than non-Hispanics to follow companies and brands on social media and 30 percent more likely to say that they are likely to purchase products that they see advertised on social media properties. Heather Dougherty again, “Retailers hoping to reach Hispanic shoppers should consider social media channels and need to ensure that their communications are optimized to work on a variety of platforms”.

We’ve talked before here about why advertisers and retailers shouldn’t ignore the Hispanic market, and this interesting analysis certainly throws more fuel onto that debate. You can find out more about the research and access the full report at Experian, remember to head back over here to let us know what you think. Should marketers be segmenting by cultural group as well as by age and gender now?

Tony Hastings is a freelance writer and blogger and the man behind The Top 10 Blog, where Tony and his guests write about social media, business, technology and a whole lot more. If you would like to connect with Tony and say Hi you’ll find him at all the usual social media places including Twitter, Google+ and LinkedIn.