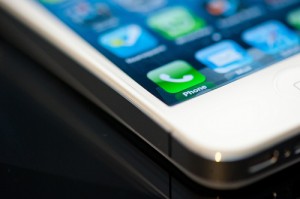 A new report finds brands that have invested in app development are missing out on a big opportunity by not serving the Hispanic market. This is a huge misstep for many reasons, not the least of which is the fact that Hispanics are the demographic most engaged with their mobile device. Holy moly—talk about missing out on some potentially lucrative customer relationships.

Apps And Hispanic Users: The Findings

The results revealed that 45% of fluent Spanish speakers, ages 18 to 34, feel that brands aren’t doing enough to make their apps accessible to a Spanish-speaking audience. Additionally, Nielsen Mobile Hispanic Insights reveal that Hispanics are 28% more likely to own a smartphone than non-Hispanics, which, as Joseph Farrell writes, means “Hispanics over-index on mobile activity, especially when it comes to time spent on mobile apps.”

As an extension of the report, BiTE interactive researched more than 1,300 iOS apps from the top 50 of ClickZ’s Top 100 Most Valuable Brands list. The team manually downloaded every app offered by these top 50 brands to determine which app offered a Spanish translation.

Here’s the biggest (and most unsettling) finding: of the 1,311 apps surveyed, only 28 percent were translated into Spanish.

So who’s actually serving the Spanish market? Tech companies like Canon, SAP, Samsung and Google have translated at least some of their apps to Spanish (and, in some cases, other languages, too).

Big brands like McDonald’s, BMW, Toyota, Honda, Pepsi, Gillette and Visa, among others, are at the bottom of the list when it comes to serving the Hispanic market—none of their current apps offer a Spanish translation.

Why Brands Should Care About The Hispanic Market

Brands and marketers, consider this a huge red flag—especially if you’re developing (or have created) an app. Surely before you release your app, you’ve done some research on your target audience and how this app might best serve them. And if you find that a portion of your audience speaks a language other than English, it’s probably worthwhile to offer a translation—otherwise, you’re missing out on interacting with a key audience segment.

Given the rate at which the Hispanic market continues to grow, we think it’s a pretty huge oversight to not look at ways you can serve Hispanic consumers. Consider this compelling stat from Nielsen’s State of the Hispanic Consumer: The Hispanic Market Imperative, which predicts that, by 2015, Hispanic buying power will jump to $1.5 trillion, up from $1 trillion in 2010. Consumer buying power that grows half a trillion dollars in just 5 years? That’s huge. And if you’re not directly serving this market, how is it you expect to tap into that buying power? Chances are good these customers won’t wait around for you to figure it out and the brands that are focused on serving a multi-dimensional, diverse customer base (and one that includes Hispanics) will have a competitive advantage they can leverage.

What do you think? Is this a big deal or are we making a big deal out of nothing? What’s your take on why more brands don’t create apps that serve the Hispanic market and other foreign language speakers and/or whether it’s important? We’d love to know what you think.