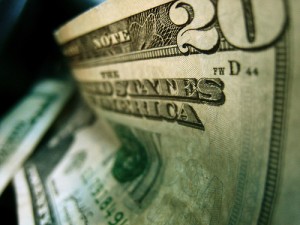 The brands of America are still struggling with ways to communicate with the exploding Hispanic consumers market. The Hispanic market not only continues to grow; Hispanics are now the country’s largest minority group. In spite of this, brands and the agencies that represent them still seem either completely mystified by or perhaps uninterested in the opportunities that exist in turning this powerful group into brand followers, advocates and, most importantly, customers.

Numbers don’t lie—and when you look at the data associated with the Hispanic market compiled by the recent U.S. Census, it tells a compelling story:

Data always tells a story—and in this instance, the message is clear: your business can’t afford to ignore the Hispanic market. This demographic buys soap, shoes, food, music and electronics, and at 50+ million is a major market force. If your brand isn’t actively and consistently engaging them, you’re either not gaining market share or losing it to someone else.

There are a few big elephants in the room that are precluding agencies and brands from tapping into this market. Advertisers continue to wrestle with integrating Hispanic marketing into their overall strategy—and it’s largely because the ad industry hasn’t yet learned how to integrate a cultural group into their marketing approach. Progressive advertisers are finally starting to realize that, in order to grow market share, they must consider the Hispanic market. Consider this perspective from Forbes: “Hispanics, now underserved by advertisers, will be the most important U.S. growth market through mid-century.” Despite that bold prediction, some advertisers are putting less than 5% of their total advertising dollars toward this particular market segment.

Another ad industry hurdle? A widespread lack of diversity that’s so problematic, it’s worse now than in the 1970s.

In an industry that’s built on generating creative ideas from as many resources and minds as possible, the industry has yet to really address the stunning lack of cultural diversity within its ranks. As multicultural approaches to marketing become necessary, this might well be the catalyst that inspires more agencies to create diverse teams. Strategically incorporating a real and powerful diversity initiative within the creative industry will, in the long run, be beneficial to everyone. Another advantage of increased diversity? The ability to truly understand a culture, rather than relying on sweeping generalizations or, worse, stereotypes that result in ineffective messaging.

Of course, awareness is one thing—action, however, is a different story. Many companies think about Hispanic marketing and then they forget about it. A recent discussion with a large corporate client went something like this: “We think about it, and we say, ‘This year we’re really going to do something about the Hispanic market. It will be part of our goals and we’ll make a difference,’ and then …we forget about it.” In marketing and advertising, we think of the future as now. We’re thinking about 2015 and sometimes even farther into the future. We ask, ‘what’s going to be happening in the market that we need to prepare for’?

Your answer? The Hispanic consumer.

And while many in the ad industry are content with the annual lunch-n-learn on Hispanic marketing, we know that the topic is much more complex. On February 28, Somos Agency is producing a first of its kind Hispanic Consumer Conference in the Midwest. The focus of this conference center on how to communicate to Hispanic consumers and turn them into brand advocates. National speakers will address topics ranging from population growth to Hispanic media habits so that advertisers have a better understanding of how to capitalize on this growth market. Register now and secure your spot for this thought-provoking event.