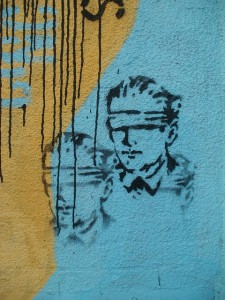 After scanning through the results, here’s the bottom line: Facebook users mostly aren’t looking at ads—at least according to this poll. They’re not there to buy or be sold to; they’re on Facebook to interact, and to us, that’s not surprising. One thing we would like to know, however, is the sample size of the group that produced these poll results—that sort of information is always important, especially if you want to make a correlation between the activities of a select group and that of a larger, more global population.

We’re genuinely interested in seeing how Facebook continues to morph the experience for its mobile user base, which continues to grow. Ads aren’t visible (today) on the mobile interface (which we like), and as more people access Facebook from mobile, that likely impacts their potential revenue. This? It’ll change.

Facebook advertising can be effective. But it probably shouldn’t be the only kind of online advertising you experiment with.

Has your brand or business found success with Facebook advertising? We’d love to hear your experiences.

Image by Feral78 via Creative Commons