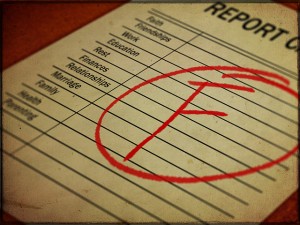 It was an investor’s dream; the Facebook IPO — one of the largest U.S. IPOs in history. Then the bubble burst, like the next day, due to tech glitches, tactical missteps and too many Facebook shares flooding the market by Morgan Stanley.

Here’s the real news, and Facebook should be embarrassed with a capital E. For at least six months, I’ve been reading about Facebook’s lack of a mobile strategy. Its mobile platform is nada; as in, it practically doesn’t exist.

When it was privately held, mobility was a nagging problem. Now that Facebook is public, developing mobility solutions are front and center. How could a behemoth the likes of Facebook with 900 million users allow a slow-to-market debacle?

CrowdStar, an app developer, had 50 million daily active users in 2010 on Facebook. It just stopped making games for Facebook and has put its eggs in the iPhone and Android baskets to focus strictly on mobile solutions. Guess why?

Games for Facebook are not accessible via Facebook’s mobile site. (REALLY?!) When Facebook users access their personal pages using smart phones and tablets, we see limited versions of the News Feed and friends’ profiles. Alas, no games, either.

Apparently, Facebook ego may’ve gotten in the way. It didn’t want to develop mobile apps for iPhone and Android because there wasn’t a combined platform to develop one solution for all mobile devices. Alas, HTML5 isn’t going to hit the market for about two to three years; a lifetime in social media. Facebook can’t wait. Maybe its acquisition of my favorite social sharing app, Instagram, will help push development of mobile solutions. The fact that Facebook has no rapport with handset makers will not.

During its investor roadshow pre-IPO, analysts asked about Facebook’s mobile strategy. The conclusion was that Facebook’s lack of mobility was the number-one risk for the entire IPO experience.

The Point is PR

Did I sound smart up there? Truth is, I read the Wall Street Journal every day; always good to enhance the smarts a notch or three. Because my life is about regurgitating content, this topic is absolutely fascinating.

Let me add one further angle to this debacle; I imagine the Facebook PR team is all wrapped up in the situation room sweating. They’ve got a #RockHot crisis on their hands!

If you were part of the marketing team, what counsel would you offer from the PR perspective? Here’s what I might toss onto the table:

Jayme Soulati blogs at Soulati-‘TUDE! and is a business-to-business social media marketer with a PR core. She is president of Soulati Media, Inc. She lives on the Interwebz; primarily @Soulati.

Image by amboo who? via Creative Commons