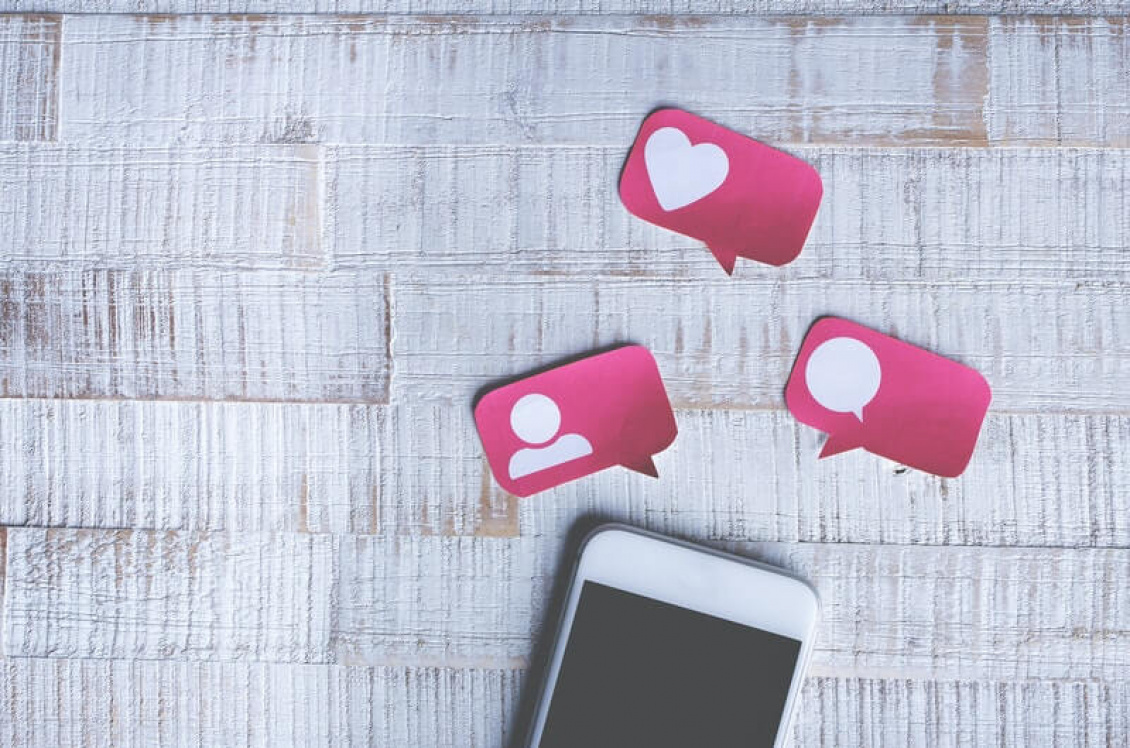 Social media and influencer marketing have each significantly impacted the work of B2B marketers. But the two combined have changed B2B marketing in profound, evolving, and still not completely understood ways.

It’s a fascinating story, and to even try to fully grasp it, one must do what the King advised the White Rabbit to do in Alice in Wonderland: “Begin at the beginning.”

Prologue: The Reign of Print

For five and a half centuries, right through most of the 1990s, the quote in the image at right rang true.

In the B2B marketing world of the late 20th century, it was possible for independent industry experts, forward-thinking executives, and even marketers with an interesting point of view (those we’d collectively call “influencers” today) to get published in business and industry trade magazines.

But print space was an expensive and finite resource. A few journalists, analysts, and business-book authors in any industry segment stood out. They were invited to write about trends and speak at industry trade shows.

Still, the large majority of potentially interesting voices went unheard, or were rarely heard from. They had no platform. They didn’t own printing presses.

In the mid-90’s, people started going online. But the relatively primitive technology of the time led to both slow usage growth and (painfully) slow Internet access speeds. At the dawn of the 21st century, just 4.1% of the world’s population was online. Put another way, the entire global population of Internet users was less than the actual population of the United States.

In theory, anyone could own their own website. But again, technological challenges meant few people actually did. That began to change with the emergence of blogging. As noted here previously:

“1998 marked the first known instance of a blog on a traditional news site. The original term ‘weblog’ was shortened to just ‘blog’ a year later, and that term was named Merriam-Webster’s word of the year in 2004.”

Slow speeds meant the vast majority of content was text (broadband access still hadn’t reached half of American homes as of 2006), but anyone with industry knowledge, insights, and opinions could now make their voice heard. You no longer needed to own a printing press.

LinkedIn was launched in 2003 and had reached one million users by August 2004. YouTube got started in 2005. Facebook was opened up to the public in 2006. Twitter made a splash at SXSW in 2007 and began to grow rapidly.

It didn’t take long for marketers to notice. According to Google Trends, search interest in social media marketing took off in late 2008 / early 2009. Many brands struggled with social media early on. At first, the approach of many was, “hey, free advertising!” But of course, people don’t want to follow that.

Blog posts started appearing with titles like “How to Sell Your Executive Team on Social Media Marketing,” and “Why Your CEO Should be on Social Media.” Senior executives, generally, aren’t stupid. But they are often risk averse. No one wanted to get things wrong and end up being a social media marketing disaster story.

B2B marketers started to realize they needed to produce content people actually wanted to read. They started to think more like publishers in planning their content marketing and social media strategies. A lot of “content” will still thinly disguised marketing collateral, but the best of it was true thought leadership with minimal brand slant.

Throughout the 20th century, B2B marketing relied most heavily on print and live events (industry conferences, user group meetings, and trade shows). Consumer marketers used those channels as well but focused much more on broadcast media (radio and TV).

Digital has democratized access by content creators to all of those channels. In most cases, digital has supplemented and extended traditional channels. But for print, the effects have been devastating.

Print: Newspaper circulation recently dropped to its lowest level since 1940, and revenue plunged 62% from 2008 to 2018. News sites abound online, while classified ads have been replaced by Craigslist, eBay, Nextdoor, and Facebook Marketplace.

On the B2B side, trade publications have traditionally been the source for independent opinions. But the move from print to online caused advertising revenue to plunge, forcing layoffs and greater reliance on native advertising. Many of those ex-business journalists moved into consulting roles or went to work writing content for vendors.

Blogging platforms, content curation software, and social networks enable anyone with the ability and ambition to become a reporter, opinion pundit, or industry trade journalist online. Instagram and Twitter empower anyone to be a photojournalist.

Events: Live events have been part of marketing since Europe’s trade fairs in the 13th century. Online events—webinars—started in 1996. In-person and online events coexisted peacefully for more than two decades, though technology began to blur the lines somewhat.

Then the year of COVID caused live events to shut down and virtual event technology to leap forward. Post-pandemic, live business events will return but will need to up the experience to get people to travel. Virtual events will stay with us; they are cost-effective, people have gotten used to them, and they enable hosts to attract a far larger audience.

Virtual event technology has “democratized” event hosting by enabling anyone who can attract an audience to host an event. There are no big costs for food or an alluring venue, and speakers will often participate for a reduced (in some cases, zero) fee as there’s no travel involved.

TV: The freedom for virtually anyone to become a broadcaster was originally promised by public access TV. Though there have been some success stories, most people probably associate this with the “Wayne’s World” parodies on SNL.

Online video, particularly on YouTube and TikTok, has created far more “stars” out of ordinary people and given them a platform to build large audiences.

Radio: Much as YouTube gave everyone a shot at being a movie or TV star, and blogging let everyone (at least pretend to) become a journalist, podcasting burst onto the scene in 2005, enabling anyone with a microphone and some inexpensive software become a radio broadcaster (sort of).

Interest in the medium gradually declined over the next few years, then began picking up again in 2015. It was thought the pandemic would reduce podcast listening (as almost no one was commuting; a popular time for podcast consumption); instead, audiences continued to grow.

Of course, most podcasts are recorded for later consumption. Newer real-time audio platforms like Discord and Clubhouse, which are closer to the experience of live talk radio, are seeing rapid growth in participants, media attention, and financial valuations

As technology has enabled anyone to become a publisher or broadcaster, it’s also put consumers and business buyers in control of what content they consume. Traditional interruption-based advertising and marketing methods have become far less effective.

Buyers don’t trust ads. They do trust guidance from people they view as independent experts.

Business and consumer influencer marketing share a few similarities but have one big difference. B2C influencer marketing is primarily transactional, while B2B is largely based on relationships. B2B influencers are less interesting in getting y dollars for x number of Instagram posts, and more interested in being seen by a growing following as credible, trustworthy, and “in the know.”

The efforts are also focused on different platforms. B2B influencers are most active on LinkedIn and Twitter. Their B2C counterparts are on Facebook and newer networks like TikTok and Clubhouse. YouTube, Instagram, and Pinterest are used more heavily on the consumer side though some B2B brands and influencers are finding a bit of success there.

Influencer marketing both expands the reach of brand content and messaging and adds credibility to those communications. Vendors create content, optimize it for search, and share it on social media. Influencer marketing is the next step: sharing, amplifying, and further shaping those concepts and insights.

Wrap up: How Influencer Marketing Fits in WPO

The combination of blogging, rich online media types, the democratization of publishing and broadcasting, and social media enable B2B marketers to reach prospects through influencers, in ways that are much more authentic, credible, and engaging than advertising. And they continue to evolve.