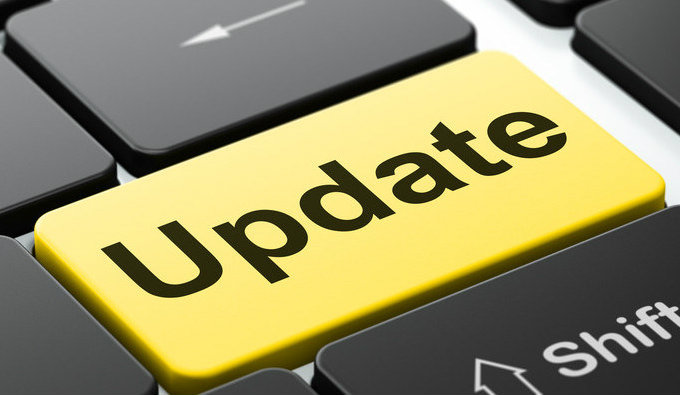 What an intense week. Let’s talk about the world of marketing—things like predictions for an increase in digital marketing spend, LinkedIn’s dropping market valuation, Google’s target of bad ads, Facebook’s move to squash Snapchat and other things that might be more palatable than world news. Here we go—This Week in Review ….

The Digital Marketing arena just keeps growing. The latest Forrester predictions show that U.S. digital marketing spending will nearly $120 Billion by 2021. Hopefully your marketing budget is reflecting the importance of digital as part of your overall spend.

The biggest takeaways from the report are that marketers are (finally getting) more adept at capable measurement practices, which means spending can be expected to be more goal-driven (hooray). In addition, Millennial buying power will shape brands’ digital investments to better connect with these digital natives (which I’m thinking is already happening), and online video will see the most upward mobility as advertisers continue loving the reach and targetability of online video.  Thanks to our friend and social selling genius, Jack Kosakowski for sharing this article.

“US #DigitalMarketing Spend Will Near $120 Billion By 2021″ via @Forbes https://t.co/1MTLHX08s3 #SocialSelling #SMM pic.twitter.com/J1lYDj1avR

In response to all of the fake news and spammers, Google tackled bad ads and removed more than double the amount of spam removed in all of 2015. As Google continues to battle the illegal and counterfeit ads, it saw a rise in “tabloid cloakers,” more commonly known to us as fake news. According to the article, tabloid cloakers are those who take advantage of timely topics or trending news stories and post ads that look like a headline news website.

The digital marketing ecosystem is giving way to people who want to maximize on fraudulent, falsified and misleading practices, and some of them are doing it and making millions. Sites like Google and Facebook are battling back, in an effort to reduce potential harm to advertisers, well-intending publishers, and hopefully, consumers.

With such an alarming increase in the presence of fake news and spam, it’s important for brands to stay vigilant when it comes to reporting instances of these things. eMarketer

It will be interesting to see what next quarter results bring, as well as to see how members of the biggest business social media network will respond to continued attempts at improvement.  LinkedIn has been putting in effort to finding ways to improve member engagement from LinkedIn Learning to the recent and long overdue launch of a redesigned desktop app. Time will tell. 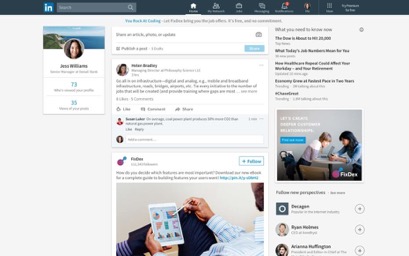 Facebook just made a key move in trying to stay ahead of Snapchat with its rollout of Facebook Stories. As is the norm with the rollout of new functionality, currently being tested in the mobile app, and only live in Ireland right now, Facebook has its sights squarely set on Snapchat.

So what is Facebook Stories? It works identically to Instagram Stories by way of Snapchat Stories. Users can add photos and videos for friends to tap through and everything shared will disappear after 24 hours. Facebook Stories posts will not show in the News Feed or on timelines, which I imagine is exactly what will make it attractive to users.

Facebook’s strategy is driven by its’ desire to curb Snapchat’s growth and also to get people to share more with their phone cameras. If the success of Instagram Stories is any indicator, with some 150 million daily users (nearly equal to Snapchat’s total user base), this bodes well for The Facebook.

Facebook recognizes the increase desire for visual connection between users, with increasing appeal to photo and video sharing and, c’mon, let’s be honest, the social giant obviously would love to crush Snapchat in the process. A peek at the interface is shown on Brett Relander’s Tweet.

Facebook just made a key move in its quest to crush Snapchat https://t.co/u0OGY9YoNs pic.twitter.com/mj4NL8mAFQ

Amazon and Google devices have significant implications for marketers with more than 30 million ‘voice first’ devices predicted in U.S. homes by year end.  With 8.2 million U.S. homes using Amazon Echo/Alexa devices to date, and Google having sold between 400,000 and 500,000 of its Google Home devices, there’s unquestionably a demand and developers are working to get in front of the “voice-first ecosystem.” Without question, this will impact everything from SEO to SEM to content development and more. Marketers will need to be thinking about voice search queries as much as, and differently than, they do about text queries. We call that job security around here. Want to find stuff like this and a wealth of great marketing content, follow my buddy Sam Hurley on twitter at @Sam___Hurley

For those who want to follow trending events, Twitter is making it easier with the rollout of Explore on January 26, 2017. Similar to Facebook Trending, Explore is a tab on Twitter where users can find trends, moments, conduct searches, and view live videos in one place. Instead of being dependent on repeated hashtags or phrases, Explore is built to make finding relevant news easier for its users. Apple users should already have the new feature and Android users can expect to see it within the next few weeks. MarketingLand

On the email marketing frontier, and in an effort to evolve its business from a domain registrar to a cloud-based business solution, GoDaddy launched GoCentral, a website builder with integrated marketing tools that includes e-mail. Offering a centralized location to create, manage and drive traffic to websites, this is obviously intended as a solution for small to midsized businesses. On that front, the skeptic in me says “buyer beware.” Email marketing is perhaps one of the most important components of your integrated marketing strategy, no matter what size your business is. Buying “all the tools you need” in one place may sound like a good idea but, in all too many instances, you get a little bit of what you need, and may or may not know what you’re missing in the process. Plus, there’s a whole lot of DIY work involved in solutions like this that many small business owners don’t have the time or the expertise to do. Buy solutions like this after comparing all options available, and don’t decide solely based on price. MediaPost