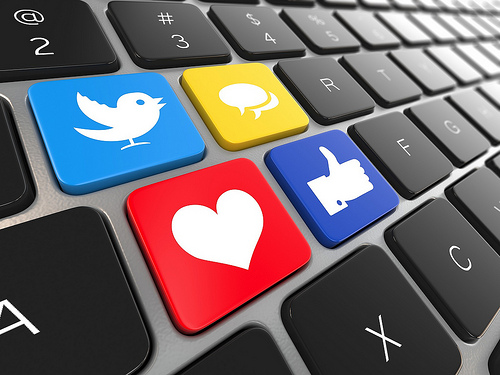 What we share through social networks is usually driven by our personal and social values, and has become an important part of how we shape our online identities. What we choose to share can reveal a great deal about our likes and dislikes, our interests, and our motivations.

To better understand the motivation to share, the team at creative digital agency Fractl surveyed more than 1,000 people across the U.S. to learn how identity and content sharing are linked.

We prioritize different aspects of our personalities

The survey used an abbreviated version of the Social Science Aspects of Identity Questionnaire to rank the relative importance of five broad facets of identity:

The study revealed that while all of these factors form an individual’s identity, some can be more influential than others.

Consider this quote from Dr. RC Morris of Purdue University, which the report’s authors cited to illustrate the importance of identity in sharing content: “As individuals we rank the many aspects of our identities in a hierarchy. The higher an identity is ranked, and the larger and more important the social network associated with that identity, the more likely it is that we will take action to strengthen or reinforce that identity.”

This hierarchy is clearly something to consider when targeting content to a particular audience. Here are a few more highlights from the Fractl report: 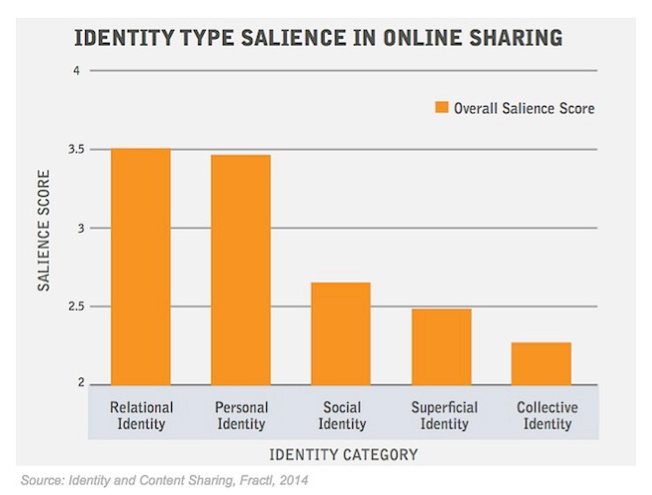 The survey found that the top reason for sharing is a desire to entertain (44 percent), with education (25 percent) and wanting to “share something that is a reflection of who I am” (20 percent) rounding out the top three.

There are also some interesting differences highlighted between generations and genders:

This is clearly a complex area with many differences in behavior depending on age, gender, and personal values.

For me the message is simple: People want to share entertaining, informative, and relevant content. Give them that, and they’ll share your content enthusiastically to reinforce who they are and what they find valuable.

If you would like to find out more about this interesting report you can download it at Identity and Content Sharing (registration required). Alternatively, the results have been condensed into an infographic and shared through MarketingProfs.

Additional Resources on this topic: