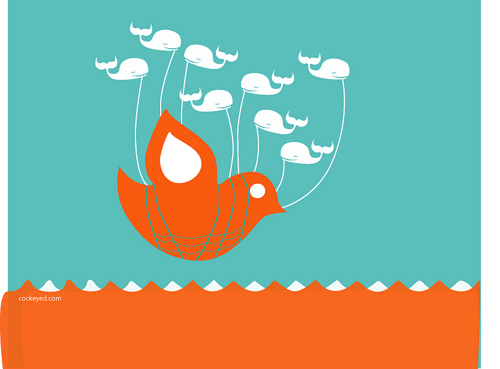 With the Apple Watch pre-orders getting underway, it’s been another busy week in the world of marketing and tech. And speaking of Apple Watch, who’s preordering? I am really on the fence. As much of a gadget-lover as I am, and an early adopting one at that, this first gen product just doesn’t appeal to me all that much. It doesn’t help that I don’t wear a watch, and don’t really want to, so we’ll see if I can hold out. What about you? On the bandwagon and ordering, or not? I’d love to hear.

Messaging Apps Are Getting a Workout

Consumers use messaging apps nearly five times more than other apps, and they are almost twice as likely to keep messaging apps (vs. other apps) on their phones, according to a recent report from Flurry.

Messaging apps’ daily use is nearly five times higher than the “app average,” the analysis found. The average daily use of an app across all categories is twice a day; in comparison, messaging apps on average are used up to nine times per day.

And, interestingly, messaging app retention is higher than retention for the average app; 1.9 times higher one month after install, and 5.6 times higher after 12-months.

Turns Out Cord-Cutting May Not Be All That Easy 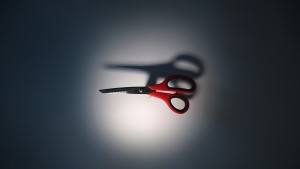 The idea of cord cutting is gaining ground, but it appears mainstream acceptance of ditching cable might be further away than people think. According to a report from Clearvoice Research, 96 cable and satellite subscribers surveyed in August 2015 said they were likely to cancel their services in the coming year. Six months later however, “only 22 percent of people who said they would actually did,” says Emily Keating, Vice President of Technology and Media Research at Clearvoice. “And the people who have not cut the cord don’t think they’re going to cut the cord.”

Somewhat counterintuitively, Baby Boomers did more cord cutting in the past six months than their Gen X or Millennial counterparts.

But many would-be cord cutters are finding life without cable television to be more expensive than previously thought. It’s not as simple as replacing a cable box with a combination of Netflix and Hulu–consumers need to have a broadband connection, too.

And then there’s the matter of live television, particularly sports. “We believe there is no content more valuable in media today than live sports,” said Jeff Krolik, president of Fox Sports Regional Networks, in a 2012 interview with FORBES. “It’s a case we make with our distributors every day.”

Retailers Are Planning Bigger Investments in Tech in 2015

Tech is a top concern for retail executives, based on data from a January 2015 survey by BDO USA, with 28 percent of CFOs saying they planned to invest large in IT systems and other technology purchases.

The survey also found that 68 percent of retail CFOs would increase spending on mobile technologies, up from 40 percent in 2014 and 38 percent in 2013. Well, that shouldn’t come as a surprise to anyone.

Wanting to offer a desktop Facebook Messenger experience completely separate from the rest of the social network, Facebook launched Facebook Messenger on the web as a standalone app at messenger.com. Like the mobile version, the web app is meant to provide a way to chat with other Facebook users without the distractions of non-message notifications, the News Feed, Photos, and Timelines.

It appears that Facebook wants to turn Messenger into its own ecosystem, and that means it needs to a proper offering on all major platforms, not just limited to Facebook users. While the Facebook mobile app no longer has any messaging features, the company has made no indication it plans to rip out Messenger completely from Facebook.com, for now. As a long time Messenger user (and lover of the platform), this is something I’ll be watching with interest.

Twitter finally fixed the “Quote Tweet” button. In an update released this week, the button now embeds the tweet instead of just quoting it as text. Previously, it was super annoying, and when you hit “quote tweet” on mobile, it just loaded the text of the entire tweet into the compose window. From now on, for iOS users anyway, it’ll embed the tweet instead.

According to The Next Web, there are plans for Twitter’s API to support the updated ‘Quote Tweet’ feature. That means that third party apps like Tweetbot could one day support it too.

This year, 95 percent of 18-to-24-year-old Internet users in the US will log on to a social network, based on recent research by comScore Media Metrix. And it just might be Snapchat.

According to the December 2014 study, Internet users ages 18 to 24 accounted for 45 percent of American Snapchat users. Their older millennial counterparts—25 to 34 year-olds—had the second-largest share of users.

Not surprisingly, the numbers follow generations, with younger Millennials spending more time each day with Snapchat than their older counterparts. Cowen and Company found the 18 to 29 year old group spent nearly 20 minutes per day on Snapchat versus just under nine minutes for the 30-to-44 group.

And based on November 2014 research by Defy Media, they’re probably on their phones, More than four in 10 American Snapchat users ages 18 to 24 who had access to both a smartphone and a tablet chose their smartphone for Snapchat’ing. Not one bit surprising to anyone with kids.

Advertisers are starting to take notice. Among US senior ad buyers polled by Cowen in December who had allocated no spending to Snapchat in 2014, 19 percent intended to put money toward the social network this year.

YITT – Carly Rae Jepsen vs. Nine Inch Nails – I Really Like A Hole (Mashup – Duet Mix) from YITT on Vimeo.

“THE BEST BEST MAN’S SPEECH EVER!”