The Thanksgiving Holiday was a blur with a ton of cooking, celebration and a little bit of shopping. December is here and soon enough it will be Christmas day. We took a break, but we are back with a bunch of new things to share with you. From record breaking Black Friday and Cyber Monday sales to Twitter making it easier for users to report harassment and a whole lot more.

It’s Been a Record Breaking Black Friday and Cyber Monday

The results are in and this year’s Black Friday shopping weekend broke multiple records. Online sales on Black Friday were up 20.6 percent over 2013 which was an all time record until it was quickly broken on Cyber Monday which became the biggest day in online shopping history!

Mobile played a key role accounting for over a fifth of all online orders on Cyber Monday according to Custora.com, a 15.9 percent increase over last year. Over three quarters of that originated from an Apple iOS device but Android continues to gain ground.

Here’s an incredible fact from IBM:

ABC News and Facebook Partner to Bring You The News 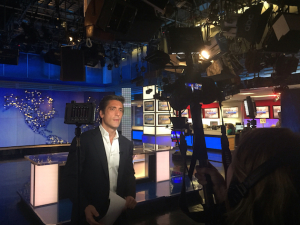 Can’t catch the nightly network news? Fear not. Facebook has partnered with ABC News to make the news more available in a convenient snack size. Known as Facecast: The One Thing, it is the first daily newscast specifically produced for a social media audience and hosted by a network news anchor. In this case, that anchor is ABC’s David Muir.

Each one minute episode can be viewed right on ABC World News Tonight’s Facebook page. Each edition will include breaking news, economic stories and sports using video, photos and infographics. It’s meant to look like a typical newscast, but more condensed and targeted at mobile users.

The debut episode included stories about the new Star Wars trailer and the Saint Louis Rams’ “hands up” protest.

ABC News is not just producing news capsules for Facebook, but they’re also equipping its journalists with the ability to live stream video direct to viewers.

The project, called GoStream, will allow any of ABC’s field reporters to launch an app and begin sending raw video to ABC News, which will then distribute the streams to viewers. Multiple feeds will be made available streaming live from major news events and will air without any kind of delay. ABC has indicated this program could be extended to citizen journalist in the future.

According the ABC News President James Goldston, “From the streets of Ferguson to the Pope’s daily mass, everyone at ABC News now has the ability, using the app LiveU on their mobile devices, to live stream what’s happening on the ground across our digital, broadcast, and Apple TV platforms at anytime from anywhere.”

GoStream will launch on Tuesday with streams from an Amazon Fulfillment Center in California, St. Peter’s Square in the Vatican, the White House, the Johnson Space Center and Ferguson, where the system was tested during the recent protests. The app is available for Android and iOS.

With cutting edge robotics, vision systems, and other advanced technology, Amazon has unveiled its latest-generation warehouse in time for the Holiday shopping season.

According to Dave Clark, Amazon’s senior vice president of worldwide operations and customer service, “The Amazon fulfillment teams are dedicated to innovating in our fulfillment centers to increase speed of delivery while enabling greater local selection at lower costs for our customers. The advancements in our latest fulfillment centers hit all three of these customer desires while continuing to provide a work environment that is great for employees.”

Amazon uses Kiva robots in the new warehouse, which joins 15,000 similar robots operating in their U.S. facilities. The new center also uses Robo-Stow, one of Earth’s largest robotic arms, for moving large quantities of inventory. The advanced vision systems have made receiving and processing incoming shipments including the ability of unloading an entire trailer of inventory in as little as 30 minutes instead of hours.

So-called “dark social” accounts for twice the sharing that occurs on Facebook according to RadiumOne. Dark social is sharing activity that is invisible to traditional analytics because it happens through email or messaging, not via sharing from a web page.

Dark social is “one of the most valuable sources of data insights,” RadiumOne CEO Bill Lonergan says, and has “the potential to give brands a huge competitive edge.”

Using data from more than 900 million web users, the study also indicates that 91 percent of Americans regularly share information via dark social, and almost a third — 27 percent — share only via dark social, never using a Facebook or a Twitter.

“The topics discussed most often via dark social channels are typically more one-to-one in nature such as arts and entertainment (80 percent), careers (78 percent) and travel (78 percent),” according to RadiumOne. “Conversely, the topics most discussed via social channels are more one-to-many such as pets (84 percent), family and parenting (63 percent) and real estate (55 percent).”

Twitter Makes It Easier For Users To Report Harassment 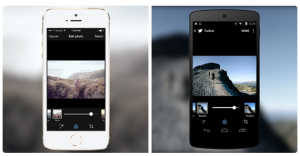 Among several updates announced by Twitter, one will make it easier to report abuse among other enhancement to the service.

To make it easier for users to report abuse and harassment, users can report abusive content and flag accounts for review on their mobile device. This also includes people who witness abuse but are not directly impacted.

If you’re like many Twitter users and have had to block an account but may have lost track of who you have blocked in the past, this update is for you. Now you will be able to see an entire list of accounts you have blocked. A new blocked accoutns pages is now accessible through the settings menu. Not only will blocked accounts not be able to follow you and view your tweets, they will not even be able to view your profile.

These two updates will be rolled out to everyone in the coming weeks.

Much like Twitter, Google+ on the web will now allow you pin a post to the top of your profile. While Twitter has had this feature for some time now, G+ users can now highlight or “pin” a post they want to make sure their follower see.

Currently you can only see these pins on Android and the desktop right now, although iOS viewing is coming soon.