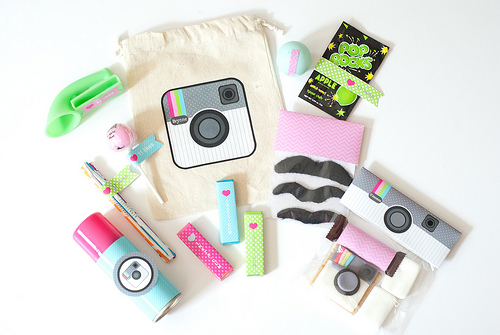 The new week is here and we have curated a lot of interesting information for you. From the study that shows that younger consumers are influenced by social media, to Walmart price-matching online retailers at all of its stores, to Instagram finally allowing its users to edit photo captions. Plus we have included two videos that is guaranteed to make your day.  Let’s get started.

According to a recent study by consulting firm Deloitte, shoppers will be turning to their mobile devices more than ever this year. As a point of comparison, in 2013 only half the people surveyed owned smartphones. This year that number increased to 67 percent. Also, smartphone owners are planning to spend 27% more on gifts than those without a smartphone.

All together, the Deloitte study indicates that digital interactions will influence 50% of all retail store sales this holiday shopping season. That translates to $345 billion.

In addition to mobile, social plays a big role with 45% of those surveyed indicating that social media will influence their buying decisions with Facebook and Pinterest leading the way. 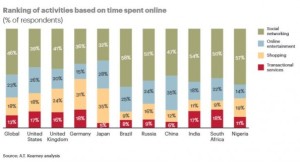 According to a recent A.T. Kearney survey, of the 10,000 global “connected consumers,” more than 50 percent said they’re connected to the Internet during all of their waking hours.

Drilling down, in the US, exploration and convenience come out on top as well as instant access to products and services, information and directions. Expressing opinions is the least important. In other parts of the world, specifically China, Nigeria, and India, self-expression is one of the top reasons people go online. The ability to express themselves creatively is also extremely important.

In China however, active participation in social media participation hovers around 40 percent. While you may think Facebook has a lock on the US, China’s QZone boasts nearly 100% participation with 80% saying their very active and 68% logging in daily. Even China’s second and third largest social networks beat the 2nd and 3rd tier networks in the US by a significant margin.

Walmart is going hard after Amazon and other online retailers. You’ll now be able to get Amazon’s bargain prices at your local Walmart, as the company embraces price-matching with online retailers. About half of stores were already matching online prices, so this initiative is meant to “formalize” the process.

Besides big box stores like Walmart, Amazon’s prices are usually the only ones you’ll find that are even less expensive. This battle is really heating up and Walmart is being aggressive in convincing people why it’s better to head to their store than just getting your items delivered right to your door. It seems to me, it’s going to be a tough battle.

This week YouTube launched “YouTube Music Key,” a new music streaming service joining an already crowded field. There are two options available: a free ad supported plan and a premium ad free plan for $9.99 a month. While this is a first step for YouTube, rest assured if the service proves popular, you can expect YouTube to roll out other subscription services as well.

The subscription part of this service will begin rolling out soon at a special promotional price of $7.99 a month. That will give you an ad-free experience, background listening and online playback. YouTube is also including a subscription to Google Play Music for those users who just prefer to listen to their favorite artists.

YouTube Music Key could be the start of something quite significant but it’s to early to tell if this is going to be good or bad for YouTube users and marketers. 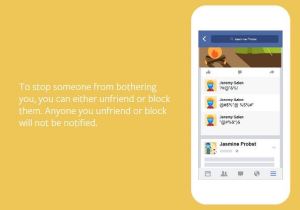 If you’re like most people, you probably are used to just clicking “accept” to the terms of service every time you sign up for a new online account. How many of you actually read the terms of service? Probably none. Besides being many pages long, the legal type language is not the easiest to understand.

Facebook wants to change this so they created an illustrated and easy to understand slideshow guide to privacy. Using a clean, simple design with lots of white space, short paragraphs and large text, the new take on privacy terms of service is designed to take the confusion and mystery out of the process. Topics covered include what you can do if someone is bothering you on Facebook and how the information it collects is used.

The interesting thing about the new Privacy Basics website is that it lulls users into a false sense of comfortable and the impression that users are actually in control of their own information. The only real difference is now you may have a better understanding of how all this actually affects you.

Pinterest announced this week that its male audience is now growing more quickly than women. Men now account for one-third of all sign-ups on the site, doubling the number of active male users just in the past year. According to comScore, Pinterest has 70 million monthly active users.

Even more surprising, more men use Pinterest in the United States than read Sports Illustrated and GQ magazines combine. This trend of growing males users has been even more significant in emerging markets with 50 percent of active users in India, Korea being male. 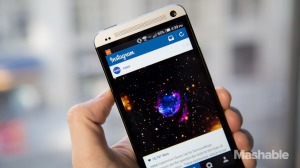 Delivering on a frequent user request, Instagram announced they have added the ability to edit photo captions after they’re posted and added new recommendations to the app’s Explore menu.

Up until this point, Instagram did not allow users to edit captions after a photo or video posted. This has long been an annoyance of users forcing them to post corrections as a comment or delete the post entirely and re-write and re-post the photo and caption.

According to a recent Instagram blog post, “This has been one of the top requests that we’ve heard from the community, and we’re excited to finally bring it to you today.” The update is rolling out to the App Store and Google Play Store this week.