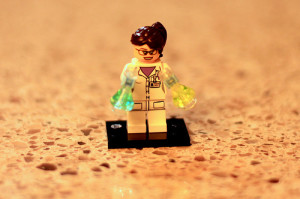 Anyone who knows me knows that I’m a huge supporter of STEM (science, technology, engineering and math) initiatives for girls. It’s not only because I’m the mother of four daughters, it’s also because when I was in school I opted out of math and science faster than you can say “heck yeah, I’m outta there.” That’s because back in the day, girls just didn’t do that stuff. At least not the girls I knew. Add to that a mom who made jokes about her ineptitude for math and science, and it was a no brainer—those subjects certainly weren’t for me. Don’t worry, my mom was awesome and taught me a lot of other great things, but I was on my own when it came to “hard” stuff like math and science. So I took the easy path and opted out.

Imagine the irony today when everything about my career is centered in the tech field and based on data and analysis–and math. Not so shockingly, I also love all things geeky and related to science and discovery and I’m a killer cook, which means I use science daily in order to make stuff that tastes awesome. If only I’d known then what I know now, I would’ve paid a lot more attention in class. But things have a way of working out.

Today, I’m a vocal champion of all things STEM. I am committed to moving mountains if that’s what it takes in order to break down stereotypes about girls and math and science and engineering and other things that people mistakenly think boys are good at and where there’s no place for girls. Because that? So not true!

That’s why when I saw a submission by an engineer that I know (a very smart woman, by the way) to LEGO Projects, petitioning to build a Chemistry Lab set featuring a female engineer, I was excited. 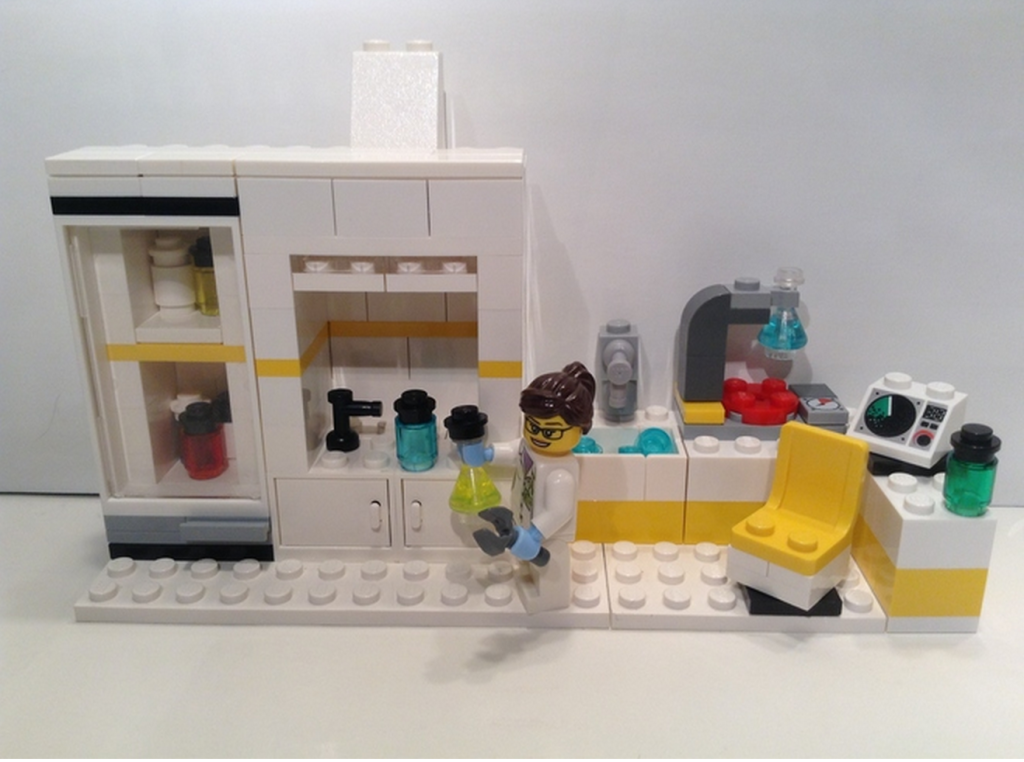 Want to know more about the idea generator and project creator? That’s easy. Angela Vawter is a chemical engineer at Burns & McDonnell. She’s smart, passionate about girls in engineering and apparently as interested as I am in exposing girls to thinking about the opportunities that exist in fields like chemical engineering. Her Lego Chemistry Lab concept just launched and to date has 111 supporters. You don’t have to pay anything or do anything other than set up a quick account at LEGO if you don’t already have one, and cast a vote for this project. She’s got a year to make it happen but you know as well as I do if you don’t do it now, you never will. 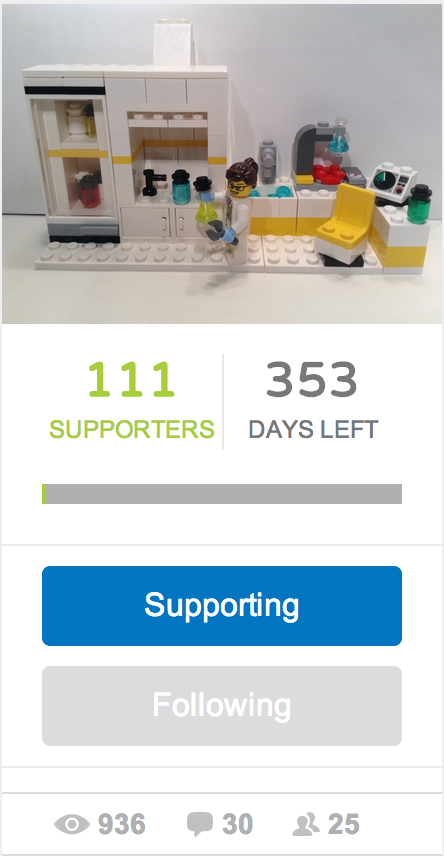 So, what can it hurt? Think of all the ridiculous cat videos you’ve watched and how much time you’ve wasted there. The two minutes you spend registering with LEGO and voting this project up might not make you laugh, but it will go a long way toward effecting change and potentially exposing more LEGO-loving girls to science and chemistry. Cast a vote to help convince LEGO that we need more girls interested in chemical engineering. Who knows, it might be one of your daughters who ends up in a chem lab some day. And how cool would that be? Let’s see what we can do to get that number higher than 111, I’m counting on you to help. You can cast your vote here: Lego Ideas: Chemistry Lab Project — and we hope that you will!