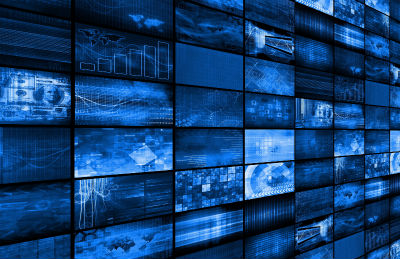 The future of advertising? Always a great topic of conversation. The Kansas City Chapter of the AAF had a terrific event earlier this week and featured some folks from local agencies who shared their thoughts on what’s next. I thought it was interesting, perhaps you will, too.

Kansas City has a thriving ad community filled with incredibly smart, incredibly talented people. I might be slightly biased on this front, but I’d put our talent and abilities up against any agency, anywhere. There’s no shortage of talk about the future of advertising agencies in general and whether, in a customer-driven, customer-centric environment agencies can deliver. Without question, agencies are being forced to evolve and we’re seeing change at every level. That change is not likely to stop, or lessen, any time soon. Some say agencies are obsolete. I disagree. But I definitely think agencies need to adapt and evolve and that many of them have a long way to go in that regard.

Steve started out by talking about something that I wholeheartedly believe in. If you want to be profitable, you have to consider everything you do as a product. Most agencies don’t think this, but they need to. For instance, on-boarding clients is a product, social strategies is a product, etc. People buy products. They are proprietary and the product you create is yours and yours alone. You have to constantly be creating products because they constantly change.

I love this mindset and think Steve is spot on. I’ve seen very little of this kind of thinking from agencies in general. Most are chasing clients and chasing awards for great creative and thinking about their next great work, not how to create products that can drive revenue for a long time to come. Did I mention already that I love this? Because if not, I do!

Lori is a data geek like me, so I’ll admit up front that I smoke the same crack cocaine that she does. Lori started out by saying that most clients are thinking this: all I can learn from an agency, I can take in house. And I think she’s right. Most clients do think they can do the things we do themselves. Most times they are wrong, but I think that’s often the mindset.

Lori talked about things that I don’t think most agencies spend enough time thinking about. The future of advertising is the customer and understanding that the way you add value is by thinking about how you can serve them, what problems they have that you can solve and how you can make their lives better. Great creative doesn’t do that – putting them and their needs first does. The challenge is also always about how you can convince clients to pay for what you bring to the table. Understanding that the funnel isn’t a funnel at all – it’s a pinball machine (I’ve used this same analogy before!) and you have to understand that every channel matters and every channel can be measured against the results. With better data, with experience, and by being smart, you’ll get there.

VML’s Jon Cook is personable and down-to-earth and a good presenter. His advice was simple: agencies need to look at th DNA that will be present in the future. Think about what skills sets will be important in the future and focus on that.

He shared that part of VML’s mission is to figure out how to make innovation a part of their core – and it’s safe to say they do a pretty awesome job of that. He mentioned RipCurl, an app they developed that tracks waves surfers have surfed. It’s fun. It’s innovative. It’s useful. And people love it. Those are the kinds of things people need to think about, embrace, create, and promote. Useful stuff.

Jon’s closing remarks: let’s build companies that can learn how to open the door, like the velociraptor from Jurassic park. Smart. True. Good stuff.

I’ve not had the chance to meet Ron before and I’ll confess right up front that I loved his ridiculous sense of humor. That and the fact that we might have been two of the oldest people in a room filled with young ad peeps made me regard him as kindred spirit. Ron said that technology rules how we think and act and use things. True ‘dat. 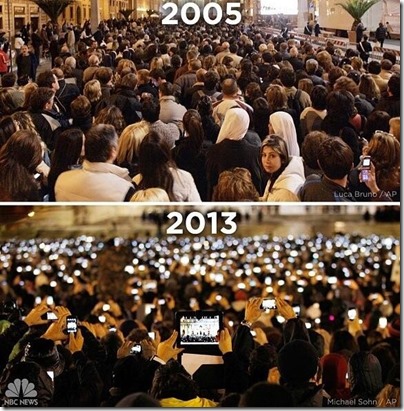 He used this photo of the Pope’s inauguration to illustrate how technology has driven change, especially with regard to mobile devices and it was pretty impactful. Ron said that consumers will give up control when they are ready. As such, brands have to start with the people and lead the client in that direction. I agree wholeheartedly and am always striving to remind our clients that people are on the other end of everything we do. A message all too often forgotten by us dastardly marketers intent on pushing our messages on the masses.

Ron predicts that value marketing is where we’re headed and I don’t think anyone in the room would argue.

Kinger’s line is simple: Nothing has changed. Yet everything has changed. And the constant (which was of course lapped up by a room filled with creatives) that the way we think hasn’t changed. And the fact that we solve problems for clients. While many things are constant, there are also things that are fluid and some of those are the things we make, which change every day. Very true. So being adaptable and open to change is an important component of agencies and the people who work in that environment. Jeff’s idea of agencies as incubators is spot on. I remember talking with Brooker, former CEO of Barkley and now Creative Director at Bernstein (we’re an incestuous community) about this very concept two or three years ago. This is not only a smart path for agencies, it’s a critical path for them. The only way to be on top of what’s happening from a technology standpoint as well as to be successful as a business model is to identify successful companies before they become successful. Barkley does this now with their Moonshot innovation lab and I’ve seen firsthand some of the cool things they’re working on.

It was a great evening and a chance to catch up with old friends, meet some longtime “Internet friends” IRL and see how ad leaders in the Kansas City community define their missions moving forward as well as identify what’s important for the industry overall.

And if you’re part of the local ad community, or want to be, you should check out AAFKC. As they say, they’re one club, and they swear. And you can usually count on beer. What’s not to like?