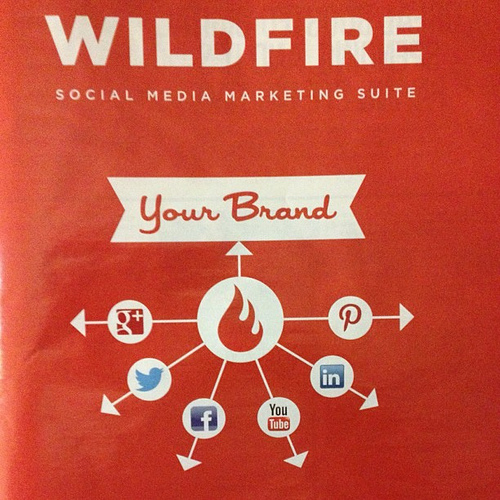 Last week Wildfire announced their official integration into Google’s suite of offerings, with a goal of “helping marketers manage campaigns more effectively” as well as to enable them to use social signals and insights to improve their campaigns as they go. The move means a laser focus on integrating Wildfire’s social marketing technology platform and capabilities with their ad tech platform and allowing marketers to connect the dots more efficiently and effectively. And that’s what’s news: this is Google’s move, via Wildfire, into the social ad space – think AdWords for social.

The Backstory: Google’s Acquisition of Wildfire

Google acquired Wildfire, a social marketing software company, in July of 2012. It wasn’t a surprise, especially since Wildfire’s chief competitors Buddy Media, Vitrue and Involver, were all acquired earlier in 2012 by Salesforce and Oracle respectively. Wildfire was one of Facebook’s biggest marketing partners and a major player for anyone wanting to run games, contests, sweepstakes, etc., on the platform. Wildfire also allowed brands to develop and offer ad campaigns across multiple networks in addition to Facebook – networks like Pinterest, Twitter, LinkedIn, Google+ and YouTube.

I have conversations with people on a regular basis who think they’ve “got social covered” – mostly because they’re posting updates to Facebook and Twitter X-number of times per day. Not surprisingly, they measure success by how many followers they have and how their perceived “reach” is growing. Sometimes I talk with people who have an SEO/SEM team and a social media team and a content team — none of which teams are interconnected in any way. Don’t laugh – I have these conversations all the time. And they’re happening with people who truly have no idea that content, social and SEO/SEM are all not only a critical part of most any integrated marketing strategy, but that they all need to be working with and fueling one another.

Smart marketers, however, know the role that social media plays. Whether it’s brand awareness, lead generation or direct response/product sales (or all of them together). Those marketers continue to advocate for and allocate budget dollars to ensuring that social — both social networking and social advertising — play a role in the overall marketing equation. In fact, social ad media spend is predicted to hit 19.5% of total marketing budget by 2017. Almost 20% of total marketing budget in just three short years? That’s a lot of budget dollars and that’s soon. Which is why topics like this one matter so much.

Why Wildfire? Why Not Wildfire?

It doesn’t take any stretch of the imagination to realize why Google would want to acquire Wildfire. It allows a back door into Facebook for The Googster, it allows Google access to social signal data from other networks that it might not have otherwise had easy access to. Moreover, it allows Google to hedge its bets against the possible failure of Google+ and in fact, kind of goes a long way to shore up Google+ and companies’ ability to use the platform more effectively.

Think about it. We know that social media is an integral component of all marketing campaigns – including online ad campaigns, offline campaigns, video, display, mobile and search. With credibility now being measured exponentially less by links and page rank and more by way of +1s, likes, shares, favorites, tweets and retweets, Wildfire’s software integration allows Google access to this information and combines that with the ability to integrate the data into brands’ social ad campaign planning and execution. I know this stuff is geeky, but it sure makes the marketing and social landscape exciting. At least to me.

Let’s Talk About The Money

You bet the relatively quiet announcement of the integration of Wildfire into Google’s overall offerings is an important one. The #1 seller of ads online is now moving into ad sales across social networks, just you wait and see. And take that one step further. Think about what happens if Wildfire’s capabilities are ultimately part of Google’s offerings, what does that do to the value of those competitor products scooped up by Oracle and Salesforce? As in if a new “Social AdWords product” is ultimately made available for free, like Google’s AdWords product, what does that do to other social advertising products (or platforms) on the market?

Bottom line, Google is smart. They know that online advertising can’t do it all and that social networks play a huge role for marketers – and command larger and larger shares of marketing budgets. They also were smart enough to put incentives in place such that the Wildfire team would hang around after the acquisition and work on making their product even better (more on that in the TechCrunch post linked below). And Wildfire, with a huge brand presence related specifically to rival Facebook, as well as a solution that includes a full marketing suite for page management and two years to have fine-tuned its capabilities relative to ads across multiple social media channels – well, it’s all a pretty sweet fit.

Google and Wildfire together give brands a solution that integrates ad spend and campaign management (read: AdWords for Social) combined with social network management, wrapped up with a nice data bow. And Google gets a piece of the multi-billion dollar social media ad spend action that’s already big and just getting bigger.  What do you think?