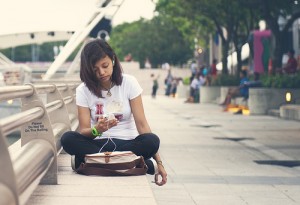 Teens use smartphones (shocking, right?). What you might find more interesting is that new data from Pew Research Center shows that 78% of U.S. teens now have a mobile phone—and nearly half of them (47%) own a smartphone. As a result, smartphones are now the primary devices that teens use to access the Internet—and this has big implications for your marketing strategy.

The Pew study reports that 50% of teen smartphone owners say they use the Internet through their phones. And 3 in 4 teenagers report they’re “mobile Internet users,” which means they access the Internet on some sort of mobile device including phones and tablets (compared to 55% of adults who classify themselves in the same category). 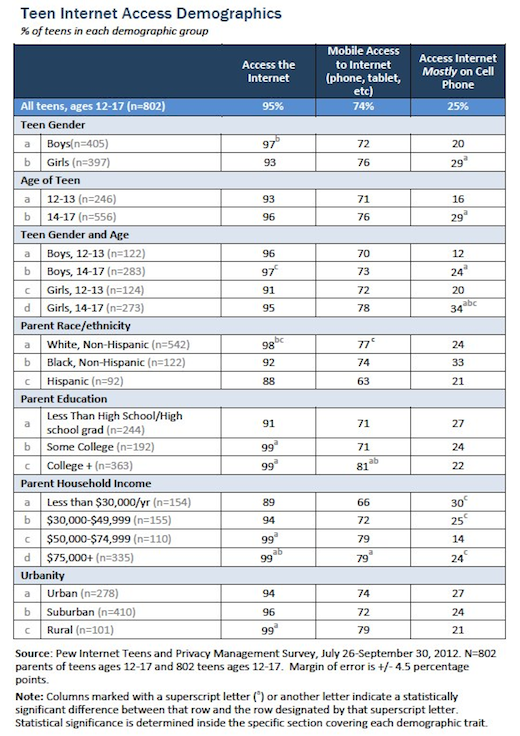 The data in itself isn’t terribly surprising—after all, we expect smartphone use and mobile Internet access to continue to increase as devices become more affordable and more widespread. What’s more important is the resulting paradigm shift that’s impacting businesses, brands and their marketing strategies.

As mobile optimization and strategy has become more important, marketers typically still view the mobile screen as secondary compared to televisions or computers. Yet as Marketing Magazine points out, mobile is fast eclipsing other devices to become the primary channel through which to reach this audience segment.

Even if your business doesn’t target a teen audience, it’s important to tune in to stats like this—these, after all, are your future consumers—and they’re giving you important clues about how you can reach them and deliver your message. It’s not enough to simply offer a mobile version of your website (although that’s a critical step). Instead, you need to examine your entire mobile marketing strategy. If it’s not yet where you need it to be, don’t stress—instead, take the needed steps to get your company’s mobile experience on point.

And the sooner, the better. Your target audience may not be teenagers, but as Pew’s Mary Madden points out in the report, “…teens represent the leading edge of mobile connectivity, and the patterns of their technology use often signal future changes in the adult population.”

Are you prepared to serve your current and future customers? If not, they’ll find someone else who will.