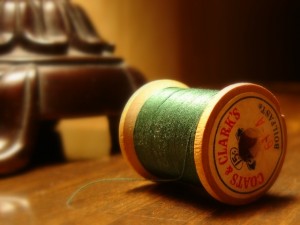 In response to ongoing demand from Facebook users for the ability to reply to specific comments on Facebook posts, Facebook is now testing threaded comments on certain page feeds. And in order to give us all more to talk, gripe and moan about, Facebook is also testing ranked comments, a Reddit-like system that will purportedly push more engaging comments to the top of a discussion thread.

These changes are specific to Facebook pages, not individual accounts, and as usual they aren’t rolling out sitewide—they’re being rolled out slowly. It may be awhile before you see these new features in action on your own page, so in the meantime, let’s take a look at each so you know what to expect.

Originally available only to third-party Facebook comment plug-ins, threaded comments may soon become widespread on Facebook itself. As a result of this feature, users can reply to specific comments on a page post—and those comments will appear as a threaded discussion on the page or in the Facebook News Feed.

This update allows Facebook users to reply to a specific comment on a post and for that comment to appear in the newsfeed. For those of us who manage brand pages for and with clients, this might come in handy. Currently you can’t tag or mention people that you’re not Facebook friends with, so it’s been a difficult communication process—and you’re never really sure if the person you’re responding to will ever see your response. With this new functionality, users will also be notified of responses, which makes it easier to provide better customer service, as well as the ability to stay involved and up-to-date with long conversation threads. We think that’s a good thing.

So far, this feature has been spotted on a Thai page (pictured below), as reported by Faceblog and InsideFacebook—and not terribly surprising, given the past trend that new Facebook features are typically tested in other countries before being released in the U.S. 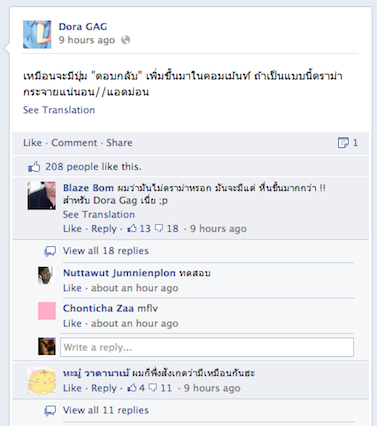 At the same time, Facebook is also testing ranked comments, a tactic similar to what’s used on Reddit that will bump more engaging comments to the top of a discussion thread—and conversely, less engaging comments will be moved down. This feature not only adds functionality to the Facebook commenting system, but is strategic as well. Facebook hopes ranked comments will help boost user engagement. That makes sense—if you have an opportunity for increased visibility on a favorite brand page, would you be more likely to put extra thought into your comment so that it has a greater chance of being voted to the top? 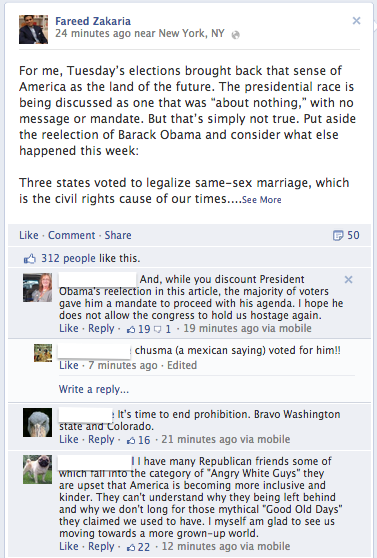 Why Should Marketers Care?

Threaded Facebook comments, at their core, simply offer increased convenience. We see them as a great boon to providing customer service on Facebook as well. We have a number of clients for whom Facebook is as much of a customer service channel as email or their call center, so this seems like a terrific change to us. Hopefully, we’ll get to test this for ourselves soon and put that theory to the test.

Ranked comments are also really, really interesting. After all, any tool or feature that purports to increase Facebook engagement is definitely something to watch—especially given the fact that widespread complaints of decreased content visibility on Facebook continue.

Plus, as we mentioned earlier, the possibility of having your comment more widely seen on a page may incentivize commenters to put a little more thought into their responses in hopes of being up-voted by the page’s community.

That being said, ranked comments can be risky for page admins, too, so this is going to require community managers to be more vigilant than ever. If, for example, someone leaves a negative comment that others agree with, that comment can easily be moved up in the discussion thread so that it’s more visible. Of course, there’s always a chance that someone can post negative comments on your status updates (or your wall, if you allow them). Ranked comments simply allows for the chance that those comments could become much more visible. And that means if you don’t already have a complete social media and crisis plan in place, now’s the time to think about one. Receiving a negative Facebook comment isn’t necessarily a Defcon 1 event—but it does make it even more imperative for you to think through all facets of your Facebook strategy, including how you’ll respond to users based on the type of comment. After all, it’s much better to have a plan in place so you can be proactive rather than finding yourself scrambling in a tense situation without a clearly defined path to resolution.

Facebook hasn’t yet released an ETA for threaded or ranked comments, so keep an eye on your Facebook page for this new functionality to appear.

In other Facebook news, the site has released a Pages-specific News Feed that gives users the ability to scan through updates from the pages they’ve liked. Check the left side of your Facebook home page for the feature–it will be listed under the pages section. At first glance, this could help page admins boost their page’s visibility–yet that, of course, depends on whether or not Facebook users will actively make the choice to check this section in addition to the main News Feed. We’ll be keeping our eye on this feature, too, as well as any reports that may come out regarding its effectiveness (or lack thereof).

What are your thoughts on these new tools? Will they change how you interact with users on your Facebook page?