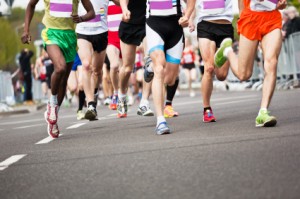 Borrell conducted an online survey from January through August of 2011 that resulted in some 4,200-plus responses. Main Street Goes Social reports that almost two-thirds (64.4%) of SMBs are presently using social sites for marketing purposes and social media marketing expenditures are expected to double in the coming year.

However, as we know, there’s a big difference between embracing social media marketing and effectively integrating social media marketing into the rest of your marketing mix. Having a Twitter or a Facebook account or a corporate blog is one thing. Using them to effectively to generate more brand awareness, serve customers and to drive leads and sales – those are entirely different animals.

It’s kind of like all the businesses that rushed to embrace daily deals sites like Groupon and others, ran a promotion that wasn’t well-thought out with a sound strategy driving the marketing campaign and lost money (and probably customers) in the process. Or the businesses who want you to ‘Like’ them on Facebook, without knowing what, exactly, they’ll do with those likes once you deliver them up. Never mind considering how to entice you to care enough to like them in the first place.

Those things — if you do them – they work. Whether your business is large or small.