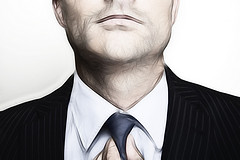 We work with a number of very large organizations, many of whom are just venturing into the social media realm. Without exception, the prevailing notion we encounter is that social media is for young people.

And, in our experience, the people most often likely to ascribe to that notion are middle-aged professionals and businessmen.

Here’s the thing – if you think that way, you’re misinformed. Not a little bit misinformed. A whole lot misinformed. Just because you may not be reading blogs or have a Facebook page, be participating on LinkedIn, engaging in forums, etc., doesn’t mean that everyone else is just like you. In fact, that might just be the most dangerous assumption you could make.

Don’t believe me? I’m used to that – I have 5 year olds. I’ll ask you the same thing I ask my kids – give me the benefit of the doubt before making a final decision. AdAge recently published an infographic outlining the demographics of social media. The stats might surprise you – I know they surprised a lot of our clients. 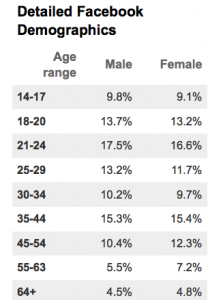 And I’ll qualify this by also saying that every time we talk about stats there are always naysayers. I get that – I’m routinely one of them. Or at least a skeptic. But I believe best way to assimilate and interpret stats – especially those like these – is to look at multiple sources and compare results before making any judgments as to which are the most accurate. In the comments on the AdAge piece, you’ll see several links to other stats that you might want to explore if you want to dive into this issue more deeply. 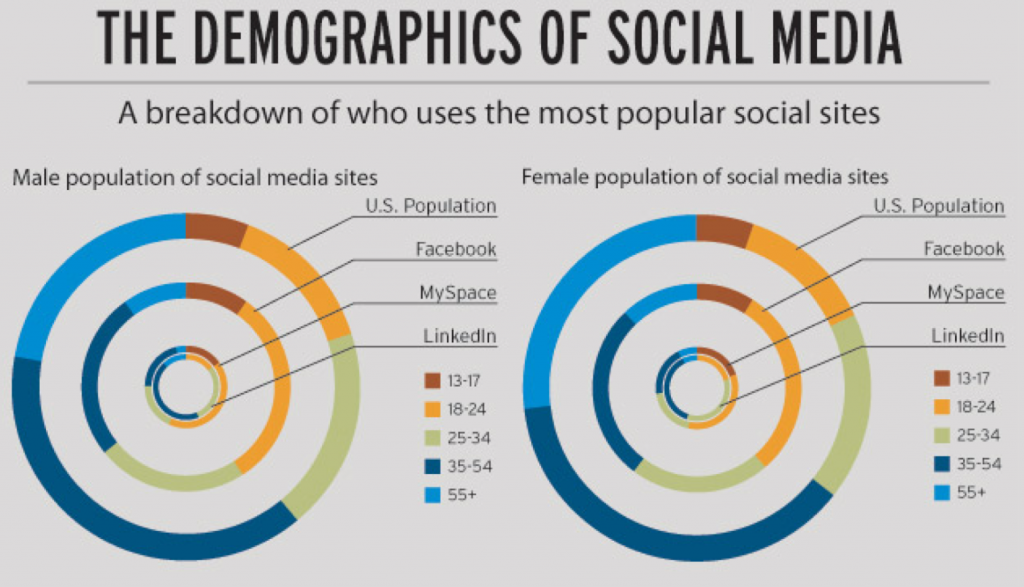 Hmmmm. Have something you want to sell, do, be a part of, learn about, build? Doesn’t it only make sense to investigate social networks, where you’ll clearly find plenty of people, of all age groups?

Don’t Make the Same Mistakes I Did

Want an analogy about assuming everyone –including your clients and prospects – are just like you. I used to design jewelry. Really awesome, fairly expensive jewelry, mostly made of sterling silver and semi-precious gemstones. I only designed with sterling silver because that’s what I like. I never wear gold – and somewhat arrogantly decided that since I don’t wear gold, nobody else must really like it. Thus, all my designs were constructed only using sterling silver elements.

When the jewelry line launched nationally, I sold a lot of it. But at every single venue, I had women ask me if I had pieces that incorporated gold into my designs. When I replied that I did not, they sadly shook their heads and told me that they loved my work. And that they would love to buy my products. But that they like gold – and I didn’t have any. And even if I had only used a little bit of gold in my designs, that would have been enough to compel them to buy. But since I didn’t – since I overlooked the fact that there were people who like things or wear things or even do things that I don’t, they couldn’t become my customers.

I listened to those customers and immediately began integrating gold into my designs. The result: we quadrupled our sales – immediately.

Moral of this story: don’t assume because you don’t do something – or like something – that your customers and your prospects don’t. Don’t judge social networks like Facebook, LinkedIn, Twitter or others if you don’t have all the facts. Don’t assume that because you’re not interacting on them, that no one else is. Don’t make the same kind of mistake I did – learn from it.

Men, especially in those in the 35-54 age group, are all over LinkedIn and Facebook. If those men might potentially be your clients or your prospective clients, doesn’t it only make sense to consider diving into social networking? Once you do, you might just be surprised how far it can take you and how much of an impact it can make on your business development efforts. Our clients are certainly finding that to be the case.

In fact, with roughly one million new members joining LinkedIn every week, at a rate equivalent to about one member per second, and 2 million companies having LinkedIn pages, I’m not sure why anyone would not strongly consider participating there.