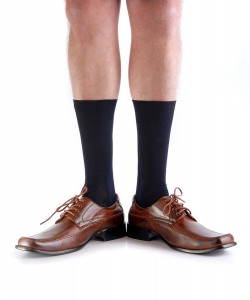 Winston Churchill once said “A lie gets halfway around the world before the truth has a chance to get its pants on.” And that was way before there was something as powerful as the real-time Web. The Web and social media — that changes everything.

The local Fox affiliate did a story this week and interviewed me and my and colleague, Alex Greenwood, about the need for social media policies, education and crisis communications. The story, which has now gone national, centered on a nursing student who took a picture of a placenta in class and posted it on Facebook – purportedly with the permission of her instructor.

She was later asked to remove the photo from Facebook, and she did, but shortly thereafter she and her fellow students were summarily expelled from nursing school. The matter is now in the court system. What a shame.

Here’s the clip from Fox that gives you the “back story.”

Social media is tricky. It’s hard for many to understand what it is, its appeal and how people, especially anyone under the age of 40, are often using it on a daily basis to document everything that happens in their lives. And social media can also be dangerous. To businesses, no matter their size and, as illustrated in this case, also dangerous to people, their lives, their reputations and sometimes even their careers – or potential careers.

That’s why some simple elements are so important when it comes to social media. My short list:

Create a Social Media Policy. The policy is your chance to lay out very simple guidelines and let employees know what’s expected of them, much like you would articulate the guidelines surrounding a dress code or some other standard code of behavior. If you don’t tell employees (or students) what you expect, how can you possibly expect them to know? Don’t know where to start? Here’s an amazing (and free) resource created by Chris Boudreaux called Social Media Governance. You’ll find 164 samples, templates and actual social media policies of companies of all shapes and sizes and a wealth of other information, too.

Review the Policy Regularly. The online space changes at a frighteningly rapid pace. And, if warranted, your social media policy should, too. Don’t create it and ignore it. Keep reviewing the policy on a regular basis, at a minimum, every six months, and make sure the content accurately reflects things as they stand at that moment in time.

Create a Response Flow Chart. This is a component of business operations that many omit, and wish they hadn’t when a crisis occurs. A policy is an overview of rules, expectations and best practices. A Response Flow Chart is really rules of engagement. Better yet, think of it as an action plan. If this happens, we do this. If this happens, here’s who’s in charge and here are the steps we take. Here’s how our response (and our reaction) should flow throughout the organization. Sounds so simple. And if you have a plan like this, you won’t lose valuable time if something bad does happen (and it will) figuring out what to do and who should handle – you’ll already know. Edelman’s David Armano has written about this often and the Flow Chart he’s developed is pretty much an industry benchmark. While you’re checking him out, subscribe to his blog – I do.

Crisis Plan. Have one. This goes hand in hand with the flow chart mentioned above, and crisis plans aren’t new. They’ve been around a really long time. Problem is, many don’t realize how important they are until they have a full blown “Oh my God, I can’t believe this is happening” moment. Even big companies often forget how important it is to have crisis plans or mishandle things at the early signs of trouble.

Think BP and the oil spill in the Gulf, Nestle and the hijacking of their Facebook page by PETA, think Tiger Woods and his massive incompetence when it came to taking responsibility for his, em, missteps and Toyota, and John Edwards and, well, the list goes on. Crises happen. Having a plan in place when it comes to addressing them and dealing with them can – and often will – save your reputation. And if your plan includes things like telling the truth and just shutting up as my friend Mr. Greenwood advises, you’ll probably be in good shape.

Monitor. If you’re not monitoring the social media space for brand mentions and reputation management in general, you’re asking for trouble. You can do it for free using Google Alerts and it always amazes me how few people know about and use a tool like this. Smart companies use Google Alerts and other intelligence gathering tools to monitor the social media space and the Web. Listening can help you identify potential problems and take care of them before they get to be really big problems and its importance can not be overstated.

Talk. Having a policy, a response flowchart and a crisis plan are terrific. But if you don’t regularly talk to your employees, your students, your colleagues, etc., about this stuff well, that’s just plain dumb. Communication is key to the success of just about anything – and sometimes you’ve just gotta say ‘Enough with the emails – let’s do this the old school way – let’s actually talk with one another.’

Talk to your employees about social media. Educate them. Help them. Let them know you realize we’ll all figuring this out together and that your goal isn’t to censor them, it’s to figure out how to do things that make sense. Talk with them. It lets them know you care about – and want – their feedback, involvement and interaction.

Be Reasonable. Understand that bad things are going to happen. They do every day – with social media and everything else on the planet. But when they do, make sure you don’t overreact. Reflecting back on the situation with the nursing students, it seems to me that the school’s decision to expel them is exceptionally harsh. They are students. They made a mistake. They apologized. They took down the offensive photo. Lesson learned. Better communication needed. Obviously.

The school could have – and should have – taken this opportunity and turned it around to their benefit. Realistically, they should have anticipated this, especially if they’re working with young people on a daily basis. They should have realized that this kind of thing probably isn’t all that uncommon – people everywhere snap photos with their smartphones and upload them to Facebook, Twitter and a myriad of other social networks at the rate of millions of uploads per minute. I know I do it all the time – and I’m not even young (no comments, please).

I don’t believe the nursing students did this to be malicious or hurtful – they just weren’t thinking. And they actually thought they had permission to do what they did. So expelling them – well, to me, that seems silly. And hopefully the court system will feel the same way, because this seems like a trivial thing to potentially ruin reputations and future careers.

But the point here is that often people just don’t know. Or they don’t think. They might wear flip flops to work unless you tell them that’s not the way you want them to dress and they might share confidential company information on Facebook if you don’t tell them that that’s something you’d prefer they not do.

Just remember that Churchill was onto something – and it’s really pretty simple. Being prepared – with a policy, a response plan, great internal communications, a crisis plan, listening tools and a healthy dose of common sense – well, it might just help you keep your pants on instead of allowing a crazy situation to get out of hand – and halfway around the world before you can contain it.