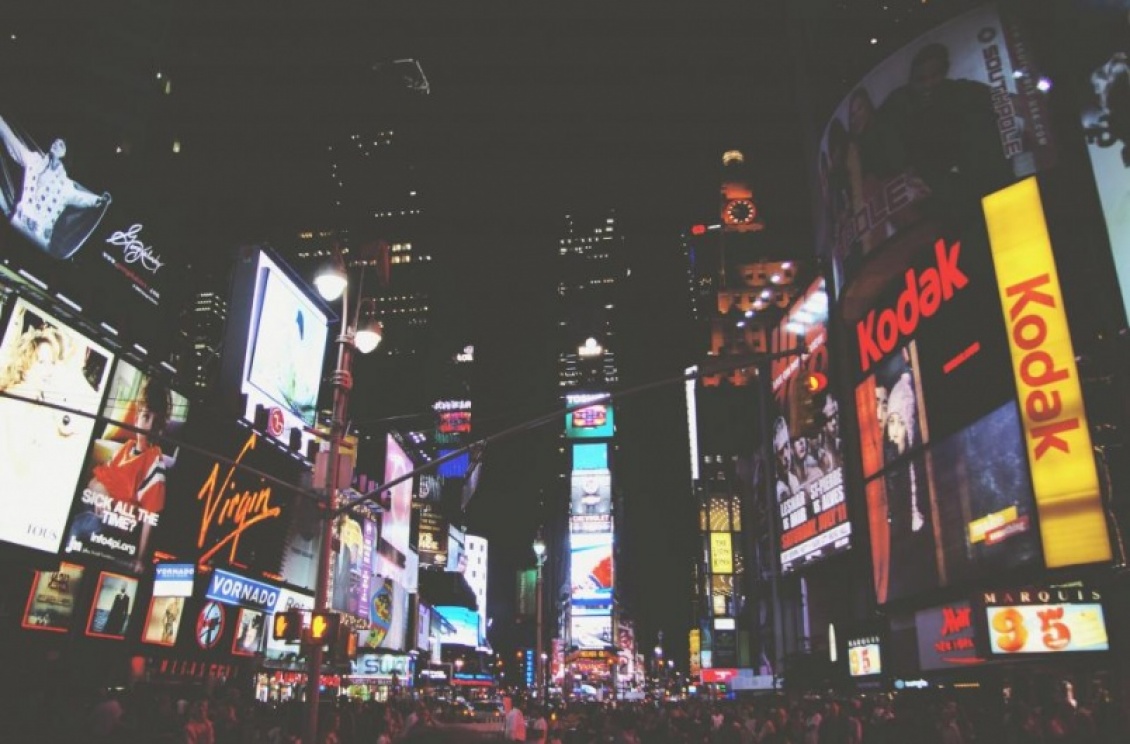 Banner ads aren’t known for being a customer favorite, but Jaguar might have figured out a way to change that: augmented reality. The luxury car brand tested this method out with its creative campaign for the Range Rover Velar, which was released in August.

“One of our campaign KPIs is to drive pre-orders,” said Dan Eckrote, the planning director of Mindshare North America, Land Rover’s media agency, “but that’s difficult to achieve without actually test-driving the vehicle.” By incorporating AR into its banner ads, Land Rover brought test-driving right to customers as they browsed online.

Brands need the edge AR brings to banner ads. In a joint study by Nielsen and Sharethrough, readers spent double the time viewing native ads that they spent on display ads such as banners. For display ads to compete with native advertising, brands must ensure their display campaigns are creative enough to attract attention. AR bridges that gap, giving brands a chance to provide a rich product experience that might fall flat with just a 2D image.

Jaguar isn’t the only company putting new technology to use — Mountain Dew recently partnered with Google, using virtual reality to display artists and NBA athletes painting, in an ad campaign that received 150 million views. And Coca Cola and McDonald’s even include instructions for consumers to turn their product packaging into VR goggles.

AR/VR enhancements to ads put consumers into a new frame of mind, driving engagement in ways traditional advertising hasn’t been able to before. To incorporate this new technology seamlessly, however, brands should analyze consumer behavior data to track campaign performance and update creative accordingly.

Engagement in and of itself is valuable, but it’s not the same as ad effectiveness. Consumers engaging with an ad, especially if that ad employs a shiny new technology, might simply signal that the ad is eye-grabbing. But once it has people’s attention, does it convert that attention into profitable behavior? The best way to determine whether the tech-enhanced ad is effective is to use behavioral data to gauge influence and campaign lift.

After all, there’s no shortage of online content. Social media users share an estimated 4.75 billion content items on Facebook, publish 500 million tweets, and post 95 million pictures and videos on Instagram every day. Analyzing and sifting through that mass of cross-channel data is no easy task. But developing an in-depth overview of consumer behavior is the key for marketers and brands to establish and maintain the kind of connection needed to curate the right content at the right moment for specific consumers.

Brands unwilling to track ad performance, even after implementing innovative banner campaigns, risk unnecessary production and placement costs. Choosing the wrong publishers might yield substantial engagement with the ad experience itself without making contact with the target audience for the product. If Range Rover, for example, had focused its ad campaign on consumers who would be interested by the AR/VR incorporated into the banners but were unable to afford the new car itself, the ads were unlikely to achieve the campaign’s KPIs other than engagement.

But brands are in luck: Another Nielsen study reports that consumers who show interest in VR reportedly spend more than other consumers in nearly every spending category. Creative teams need to make sure their AR/VR-enhanced banner ads and campaigns are hitting the mark.

The first step is to know a campaign’s goals and how each medium can work toward them. Is the campaign about overall brand awareness or driving sales of a specific product? After establishing a campaign’s goals, make sure the whole team knows how progress will be measured. KPIs should include meaningful data such as customers’ lifetime values and profit margins. That measurement should go beyond simple engagement on a given platform; collaborating with a data partner can help find the right insights across your customers’ entire journey.

Secondly, be able to adjust to the story the data tells in-flight. Watch what the analytics reveal and develop new creative strategies for different publishers when necessary. Be sure to maximize the spend to publish the right message in the right place as the campaign progresses. Insights Report found in a survey of 162 senior executives in the U.S. that while 64 percent think data-driven strategies are necessary to succeed in today’s economy, it’s also vital that those strategies are guided by tangible KPIs supported by data insights.

And lastly, compare the success of any AR/VR campaigns against traditional ad campaigns. Sure, they may look great and drive engagement, but are they increasing brand awareness? Are they converting views into more meaningful KPIs? As with other types of marketing, such as content marketing, it can be hard to evaluate whether campaigns are achieving their goals. Comparing ads to competitors’ efforts can help gauge how a creative campaign stacks up.

AR/VR is likely to be the way of the future in a number of industries, and marketing is no exception. But implementing this new technology without properly planning ahead is unwise at best; be sure to analyze the consumer data from your campaigns and use those insights to inform future actions.

This article was originally published on The Marketing Scope.