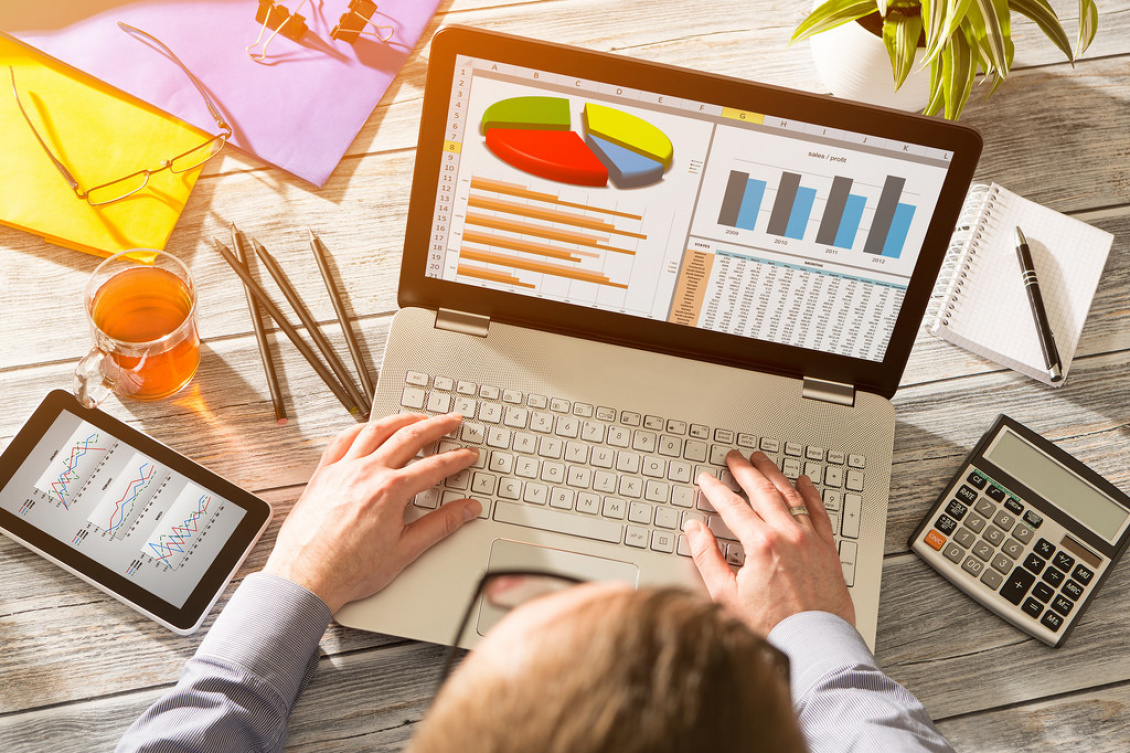 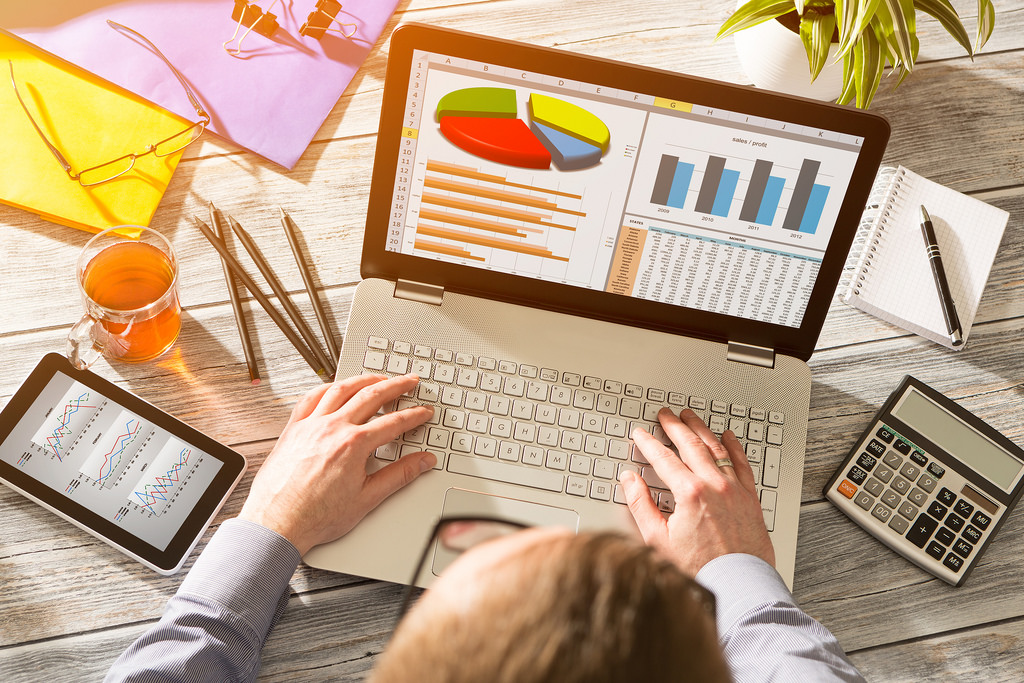 “Figures often beguile me,” wrote Mark Twain in the early twentieth century, “particularly when I have the arranging of them myself; in which case the remark attributed to Benjamin Disraeli, prime minister of the United Kingdom in 1804, would often apply with justice and force: ‘There are three kinds of lies: lies, damned lies, and statistics.’”

Whether the attribution to the former British Prime Minister was correct, the sentiment could just as easily be applied to the modern marketer. With the proliferation of data available today, marketers face a situation where, while not exactly becoming beguiled, their conclusions can be skewed by the inherent bias we all subconsciously display.

Let’s face it.When read incorrectly, data can tell you anything you want to hear. To be able to harness the power of data—the marketer needs to be aware of the dangers of data bias, and how they can avoid it.

Before taking a look at how they can do it, let’s examine some of the more common types of cognitive and data bias that can affect statisticians and analysts in all fields—not just marketing.

As this article on the topic in The Journal of Accountancy pointed out, bias is an essential part of the human make up, providing mental short cuts which save time in the decision making process. While the results often produce beneficial decisions, there is a danger that unwitting bias can also lead decision-making astray, resulting in decisions that may be “systematically biased”. Something that needs to be minimized as much as possible in the age of big data and machine learning to avoid problems further down the line.

Speaking of machine learning—you can read more on the topic from Daniel Newman in his article on Taking Machine Learning to the Next Level over at Converge.xyz

Not all bias is created equally. Here are some common areas of bias that can unknowingly influence the decision-making process.

Availability bias. Relying on the most memorable or the most easily accessed data when seeking information, evaluating evidence, and assessing risk. In layman’s terms—it’s like taking the line of least resistance by extrapolating from the information available, rather than taking the time to dig further into the data to generate additional possibilities.

Anchoring bias. Relying too heavily on the first piece of information available when making decisions. If you start your journey in the wrong place you’re less likely to end up at the most accurate conclusion.

Overconfidence bias. This occurs when individuals overestimate their abilities to make judgments or to complete a task; definitely a bias we all come across in the business world from time to time!

Confirmation bias. The instinctive tendency to find or interpret data to support previously held beliefs or expectations. We can be motivated by wishful thinking, adding value to information that confirms our existing views, while ignoring or not seeking further data that may challenge them. An article in Psychology Today summed up confirmation bias nicely:

“Once we have formed a view, we embrace information that confirms that view while ignoring, or rejecting, information that casts doubt on it. Confirmation bias suggests that we don’t perceive circumstances objectively. We pick out those bits of data that make us feel good because they confirm our prejudices. Thus, we may become prisoners of our assumptions.”

Irrational Escalation. Like confirmation bias, irrational escalation occurs when new data suggests an earlier decision may be flawed. Despite evidence to the contrary the original strategy is continued to validate the original analysis, while the new data is ignored.

Rush to solve. The tendency to make judgements without considering all the available data. We are all familiar with the time and budgetary pressures that can result in hurried decisions. The danger lies in ignoring or discounting critical data in the rush to judgement. A quick decision isn’t always the best decision.

These biases can never be overcome completely; they are an intrinsic part of our make up. Indeed, removing bias completely might just result in never getting anything done. What marketers can do however is reduce subjectivity and increase objectivity in the decision-making process by recognizing the effect of bias, and taking steps to reduce its impact.

Identify and define issues. It might sound obvious but if you don’t know what the question is you are unlikely to find the right answer. Develop a methodical approach, which advances a theoretical hypothesis, observes and measures results, tests the outcomes, and draws objective conclusions. Verify “anchor” information to ensure your analysis isn’t skewed from the outset.

Don’t make assumptions. Be professionally skeptical and leave your assumptions and gut feelings to one side. Instinct and experience have a vital role to play in decision-making, but not if they lead you to missing key data or results early in the process.

Be realistic. Reduce overconfidence bias by being realistic about what you and others can achieve.

Track multiple metrics. Don’t fall in to the trap of focusing on a limited range of metrics on your marketing automation and CMS dashboards. Seek out a wide range of data, not just to confirm your own preconceived opinions, but also to actively question and contradict them to counteract confirmation bias.

Test, test, and test again. Instigate a rigorous regime of testing and review to ensure the desired results flow from the decision-making process. Look for anomalies and outliers and test them until they are fully understood, and compensated for when necessary.

Listen to the data. If something doesn’t look right then find out why. Don’t fall in to the irrational escalation trap, plowing on regardless to try to prove your original hypothesis, when current results are telling you something else.

Seek other opinions. Compensate for individual biasby collaborating with other team members, or seeking opinions and advice from other professionals.

Slow the process down. The pressures in business can’t be ignored, the demands from your managers or the C-Suite disregarded. But there is a balance to be struck. The previously mentioned Journal of Accountancy article draws on some good advice from an expert on the topic, Daniel Kahneman, a professor at Princeton University, who suggests “individuals learn to recognize the signs that their decisions are susceptible to bias, slow down, and employ a more deliberate thought process.”

Recognizing and minimizing bias is essential to the marketer, especially as more processes are handed over to AI and machine learning applications. I hope I’ve helped you to identify where bias might be affecting your marketing efforts, and given you some insights in to how they can be mitigated.

Making Data-Backed Decisions is a topic Daniel Newman wrote about over at Converge.xyz if you want to learn more.

I would love to hear about your experiences and thoughts on the subject of data bias.

Shawn’s expertise in digital marketing technologies began when he became aware of performance measurability issues of direct mail and began working on systems to combat those issues. He leveraged and honed his expertise, working for a series of leading marketing technology providers including Exacttarget (now Salesforce.com); Web Side Story (acquired by Omniture, now Adobe); Magnify360; and Eloqua (now Oracle).