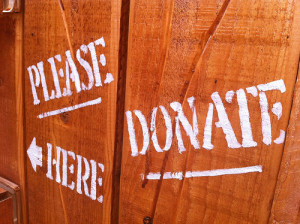 Where have all the donors gone? The reality is that potential donors abound, but nonprofits aren’t reaching them in an effective way. And to be successful with their donor activation efforts, nonprofits need to be focused on integrating inbound marketing into their fundraising and social media strategies.

Fundraising with social media may or may not be on your nonprofit organization’s radar. At this time of year, all eyes in the nonprofit sector turn toward year-end giving. This is you’re your fundraising team huddles with your marketing team to butt heads and plot how to meet year-end funding goals. In many of these huddles the conversation covers the same old tried and true. Fingers are crossed and hope is piled upon hope that this year will be the turnaround. This year we’ll make our numbers. That’s good. It’s important to keep the faith in hard times. But what may come as a surprise to many nonprofits is that the number of new donors coming in the door to make those donations is dwindling. By how much? Where they are going? What can you do about it? The answers to these questions, and your actions as a result, are likely to determine whether you hit your end-of-year numbers and whether your organization will be sustainable in the long run. Let’s take a closer look.

The Decline of New Donor Acquisition

While most nonprofits have had to focus on fundraising more than ever during the economic downturn, few may have noticed how far donor acquisition has really dropped. As of the end of 3rd quarter 2012, the five-year rate of new donor acquisition among all nonprofits was down a shocking 22.6%. (Source: The Nonprofit Times, Target Analytics, Cambridge, MA).

It would be a mistake to excuse this as another result of the downturn. Certainly, the downturn’s impact on the middle class, the loss of income, the loss of retirement savings, and the drop in housing values are all playing a part. But a 22.6% drop in new donors has to come from something much larger.

What is not attributable to the economic downturn is the fact that as Baby Boomers are hitting retirement and inheriting wealth, there’s a substantial increase in the number of donors and dollars available. Another consideration is the large number of Millennials, who’ve pretty much been trained since birth to volunteer and donate and who are now in their early careers. The hard truth — new donor acquisition should be going up.

Where Have All the Donors Gone? 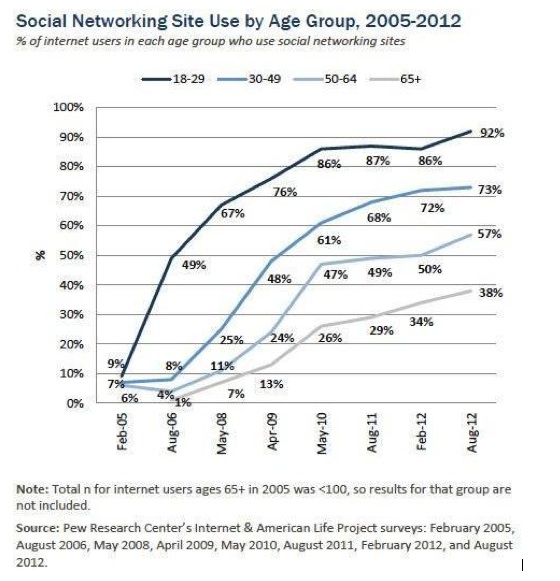 So, while it would be silly to believe that so many people have turned their attention to social media that they’ve forgotten their fellow humans, resulting in less giving, but something has definitely happened, and it’s drastic. Social media has created noise—a lot of noise. Social networks have added to the number of communication channels that we use and as a result, has diluted marketers’ ability to capture our attention.

Consequently, marketing teams have shifted a significant amount of time and effort to marketing through social media channels. One thing is abundantly clear — the nonprofit sector has not kept up with the pace of change

As the economy tanked and social media exploded, marketing changed in a very big way. How we use the Internet for email, social media, and publishing has shifted marketing communications from being almost exclusively outbound broadcast messages to include a major increase in inbound marketing — attracting people to your cause through online conversation and social sharing. Websites, blogs, email, and social media aren’t new for nonprofits — the vast majority are deeply involved in social media and are using these channels to share information about their causes and to inspire and motivate their donors to give. In fact, many nonprofits were early adopters to social networking and actually played a big role in shaping these channels. What’s missing, however, is a big piece — the integration of all of these channels into a planned process of attracting, qualifying, and converting people into first time donors — inbound marketing.

What to Do About Slow Donor Acquisition

To summarize up to this point; the number of prospective donors increased, donor acquisition plummeted, social media exploded, agencies and brands have (to a certain extent) figured out inbound marketing, and nonprofits are lagging behind the agencies.

Nonprofits need to get on board with inbound marketing strategies and tactics. People didn’t stop being interested in social causes. They just changed the channel. They can’t hear you anymore because you’re either broadcasting where they are not or you’re not participating in the channels that matter to them in a way that’s connected to your fundraising efforts.

How can this be? You’re using social media, email, websites, and blogging. Of course you’re being heard. Yes, you’re being heard as a friend. They may even know you related to your cause. What’s missing for all of the people you meet online, is the coordination of your efforts to create an inbound path for them to become a donor.

The solution is to map your donor development cycle to your marketing communications.

With this map you will incrementally capture information from your prospects and then use that information to move them along the path. Little by little you will know more and more about each prospective donor. Then use that data to design email and social media calls-to-action that drive traffic to and  convert prospects on your website landing pages.

Coordinating your donor development cycle and solicitation language with your online marketing messages will create a powerful, measurable system for attracting and converting new donors. With a steady stream of new donors coming from the growing pool of benefactors, you will have a strong and sustainable organization for years to come.

What about you? Want to learn more about inbound marketing, social media, and donor development and how you can ramp up your fundraising efforts like never before? Join Heidi Hancock, CFRE for upcoming free webinar: Get Going with Online Fundraising. It’s live on Thursday, November 14th at 1:00 p.m. EST and we’d love to have you.­­ 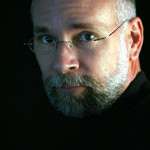 David Svet has over 25 years of experience in integrated marketing communications with specific expertise in the philanthropic sector. David works with organizations that need to connect with their constituents by creating highly personal, precisely targeted, multi-channel marketing communications. Through market insight and customer experience analysis, he works to dynamically position non-profit brands to increase value and build lasting relationships. He works with social media, direct marketing and interactive communications to align charitable organizations’ brand expressions with their missions.