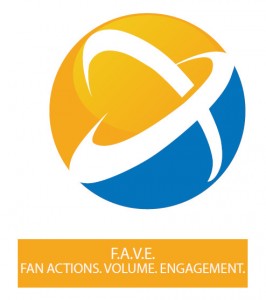 Expion recently announced the results of the F.A.V.E. 50 Social Retail Report, uncovering the first half of 2013 (H1 2013) as the slowest growth period for retailers on Facebook since 2011, marked by a decline in fan engagement and volume despite an increase in the number of brand posts published. F.A.V.E. is short for Fan Actions, Volume and Engagement – the key metrics used throughout the report to show how the retailers perform as a group and against each other on Facebook. The report analyzed the top 50 retail brands’ performance in H1 2013.

To develop the report, Expion leveraged its social media and marketing insights software to analyze the Facebook pages of the 50 retailers, including over 16,000 posts and their subsequent performance and, as a result, unearthed key social trends in the retail industry. The analysis identifies winners and losers across brands, posts and post types in terms of both engagement and volume. Walmart, Victoria’s Secret and Tiffany & Co. were the big winners. 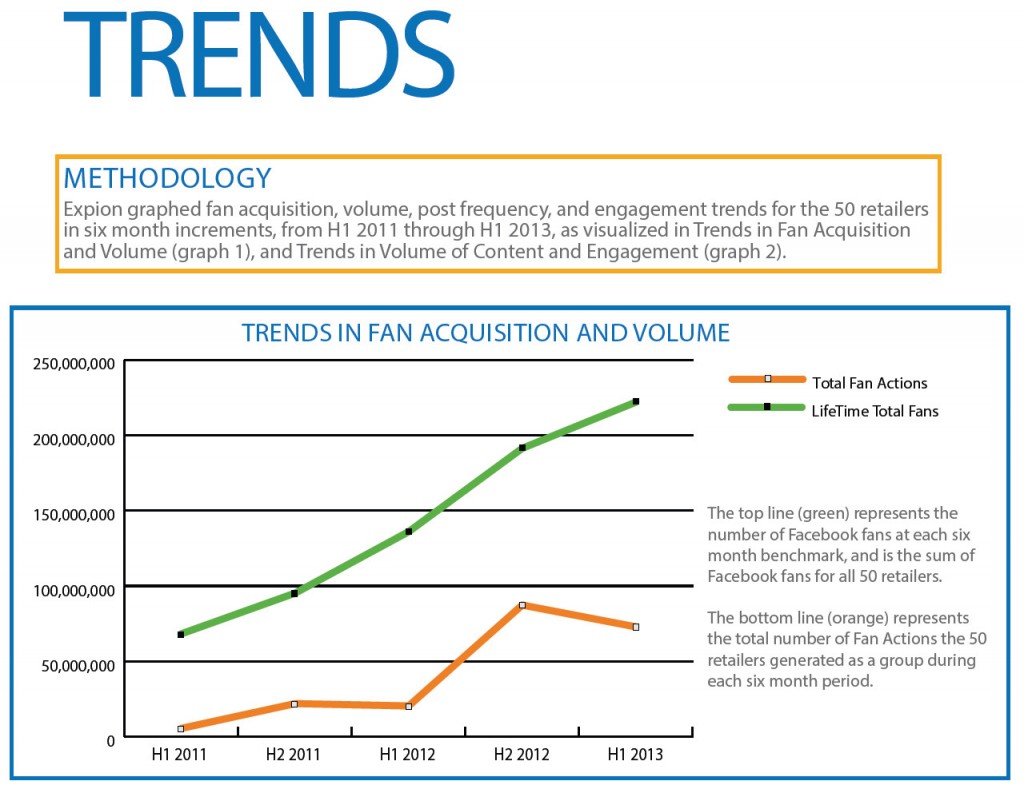 In H1 2013, the retail industry had its slowest growth period since 2011, with an actual decline in engagement and volume, despite an increase in the number of posts that were published.

While there was an even split across the 50 retailers in social volume growth – 25 saw positive growth and 25 saw a decline – eight of the top 10 brands experienced a decline, showing that the top retailers took a step backward during H1 2013.

Video Did Not Kill The Image Star…Yet

Despite video popularity across social media platforms like Vine and Instagram, posts with images still dominated Facebook. Images represented 80 percent of posts while video posts accounted for a meager 3 percent.

When looking at industry sectors, luxury brands were the highest performing in terms of total fan engagement, driven by captivating product images that were often tied to pop culture. Retail sectors such as drug stores, supermarkets and small-format value, which depend on mass appeal, fell to the bottom of the list.

Zena Weist is the Vice President of Strategy at Expion. She is an integrated media strategist with over 17 years of executive leadership in online marketing on both the agency and brand side, providing digital communications and social media strategic counsel across a portfolio of Fortune 500 companies. Zena has led award-winning interactive teams at Edelman, H&R Block, Sprint, Hallmark and Embarq, providing leadership in online brand engagement, digital strategy, and integrated marketing communications. When her fingers aren’t on the keyboard, Zena is playing with her family of four active kids plus one adorable husband or trying to sneak in a run.