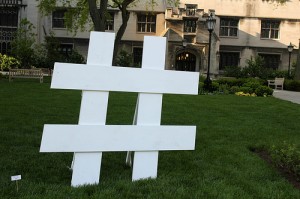 When Facebook announced the launch of hashtags, there were two distinct responses in the social sphere: marketers were excited at the new opportunity to track their Facebook campaigns and gather new data, while the bulk of Facebook users said, “Huh? What’s a hashtag?”

And while there may be some lingering excitement about the possibilities of Facebook hashtags (mostly from a marketing analytics perspective), here’s the truth: they don’t offer any real value…yet. The idea of using and tracking Facebook hashtags is great, in theory—but when it comes to practical use, there are three primary obstacles that are preventing marketers and Facebook users from tapping into the true power of hashtags.

If you’re an active Twitter user (or Google+ or Pinterest), you’re no stranger to hashtags. But the average Facebook user doesn’t understand what they are—and without that core knowledge, there’s no way they can use them correctly. Using random hashtags like #ilovecheeseburgers and #somepeoplearesopredictable might be entertaining, but they’re not effective.

We’ve seen examples of brands and businesses who have incorporated hashtags into their posts, whether they’re event-specific or, in the case of Grumpy Cat, terms that are closely aligned with a brand: 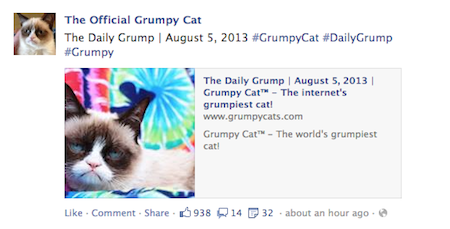 Yet aside from a handful of effective examples we’ve seen on Facebook, the majority of users are either using them incorrectly or not using them at all. And the same goes for businesses, too. Research from Simply Measured shows that, at the end of June, 20% of all business posts contain hashtags. At first glance, that percentage seems high, but when you consider that Facebook hit 15 million SMB pages earlier this year, we can only guess at how many business posts are published every day—and 20% of those seems like a small fraction.

Although you can now click and access hashtags on the Facebook mobile site, the functionality isn’t yet available via the Facebook app. This isn’t terribly shocking as much as it is annoying—Facebook tends to roll out new features to the desktop site first, then add them to the mobile version later (despite overwhelming research that more and more people are relying on Facebook mobile).

If you’re using Facebook through the app, hashtags appear as plain text. And that means even if someone wanted to access a hashtag while on the app, they can’t.

The brilliant Jon Loomer said it best: “I understand that this is what Facebook does. They roll out everything in stages. Mobile is often last. But this is getting ridiculous. You can’t get traction on a new feature if mobile continues to be an afterthought. Facebook keeps telling us that mobile is a priority. But rollouts like this one make me wonder just how true that is.”

Spam, unfortunately, is everywhere—and Facebook hashtags are no exception. Take a look at this example compiled by Jon when he searched the #NBAFinals hashtag: 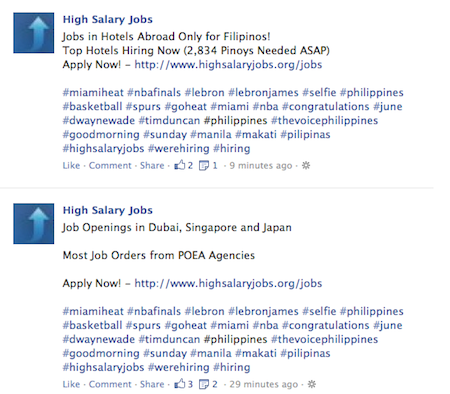 Spam certainly isn’t unique to Facebook. Depending on what hashtag you search on Twitter, you’ll likely run into spam posts there, too. Yet as Jon writes, “…the relevant posts on Twitter far outnumber the spammy ones, retaining the value.” Reducing hashtag-related spam is likely something that will have to come from Facebook, whether it’s encouraging users to report spam or another course of action.

Before you think I’m all about ragging on Facebook, I’m not. I’m a big fan of using hashtags on sites like Twitter and Google+ to follow industry-related topics, grow my follower base, keep up with conferences and events and a myriad other uses. And even thought I’m reluctant to jump on any social media bandwagon, I think Facebook hashtags have potential—assuming some things change, of course. One thing I like? Facebook’s suggestions for related hashtags that encourage you to explore similar topics and subject matter. Here’s what happens when you search #ARod, for example:

That being said, this feature has limitations—for example, you’re only likely to see these sorts of related examples for high-profile hashtags. Search #B2Bmarketing and you’re on your own!

Time for you to jump in so we can keep the conversation going. Have you effectively used Facebook hashtags? And if you, like me, are skeptical, do you think they can eventually add value to Facebook users and marketers? Or do you think Facebook should focus on other tools and features that have a greater chance of success?

Oh, and one more thing! If you’re interested in all things about Facebook marketing, make sure Jon Loomer’s blog is on your “must-read” list. Seriously. Do it now!