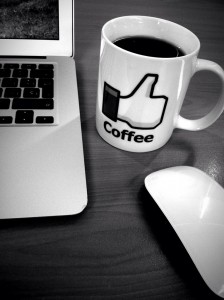 Clicking on that Facebook Like button has become an ubiquitous way to express our approval or support for all the good stuff we see in our digital world. Yet have you ever stopped to think about what you might be revealing about yourself with that seemingly innocent little click?

A recent report into the predictability of human behavior from digital records, published by Proceedings of the National Academy of Sciences, proved to be fascinating reading on that very subject. This insightful analysis, based on results from over 58,000 volunteers, concluded that, “a wide variety of people’s personal attributes, ranging from sexual orientation to intelligence, can be automatically and accurately inferred using their Facebook Likes.” Interesting—and just a little frightening, right? (Kind of makes me want to never like another cat video again!)

The study analyzed volunteer-provided Facebook likes, along with detailed demographic profiles and the results of several psychometric tests. The tested traits included age, gender, ethnic origin, sexual orientation, religion, political views and intelligence. Some less obvious traits such as “satisfaction with life,” substance abuse and “whether your parents stayed together” were also measured.

Intrigued, aren’t you? Here’s a glance at some of the more interesting insights:

I’m not shy about admitting that I’m a data geek (not on Shelly’s level, of course, but I’m getting there)—and even I was surprised at just how much information (and accurate info, at that) could be identified just from Facebook likes. Any web user today is leaving an increasingly large trail of personal information across the Internet—and you can now count Facebook likes among that group of identifying info.

What will be even more interesting to watch is if Facebook ends up monetizing that data. Sure, it could be a goldmine for any marketer who wants to be able to better target prospects through advertising and content. On the other hand, I could see this sort of report sending Facebook privacy fanatics running for the hills—or at least never liking anything on Facebook. Ever.

If you’re as interested in this subject as I am, be sure you take a look at the full report—it’s well worth the read, I promise. And when you’re done, head back over here and let me know your thoughts. Do you see an upside in determining personal information just from Facebook likes? Or do you think this could be a potentially negative use of Facebook data?