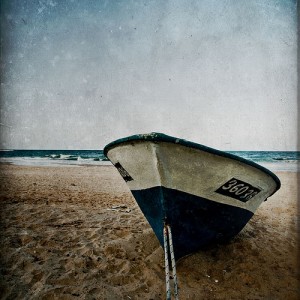 An experience with Ruby Tuesday regarding Foursquare (and customer service to be desired) proved without a doubt that social media adoption as well as social customer service has a long way to go in the largest companies.

How many times have you gone into an establishment and shown a Foursquare win to the front line representative only to get a deer-in-the-headlights stare in return?

Here’s an example of what happens when companies turn a blind eye to those waiters, salespeople, mechanics, office manager, and others who have direct, missed-opportunity customer engagement:

Upon arriving at the popular Centerville, Ohio restaurant chain catering to families, a Foursquare check in was rewarded with a $5 coupon for two entrees.

Happily, I showed my iPhone screen to the waitress and the result…an expected blank stare. She called over the manager, and his response was a notch better:

“Oh, I’ve never used Foursquare, how does it work? I didn’t know we had any coupons for dinner. Can you show me?”

The patron became the social media trainer, as corporate marketing and restaurant regional management had not foreseen the need to ensure anyone on the front line of customer touch points was informed about Foursquare (and its hidden meaning about that patron).

During dinner at which the waiter tipped my beer, spilled 1/3 of the bottle and never offered to replace it (although free cupcakes arrived to the table) amongst other mishaps with food quality, I became increasingly agitated about this poor service. As it wasn’t the only time I had experienced firsthand the declining quality of Ruby Tuesday, my reaction was not out of line.

What the waiter and manager failed to realize was the correlation between a patron using Foursquare and social media savvy.

When a customer rolls in with a Foursquare reward, that ought to put the front line customer service staff (whomever they may be) on high alert.

To make a long story shorter: Social media has not yet reached front line customer service.

After several days of stewing how and whether to write a blog post, I did; this blog post appeared and here’s the reaction:

It’s unfortunate that restaurants are taking the brunt of social media negativity; however, the only thing that’s changed is how patrons share such stories (only after a warranted negative experience).

It used to be that word of mouth in a lazy cascade was the way folks knew not to frequent an establishment; today, it’s an immediate reaction.

One thing’s for sure, how people share stories is not going to change, in spite of restaurants trying to ban photos of food when it arrives at the table.

Savvy marketers need to look harder at how to infiltrate the very front of the front line customer service experience. Perhaps restaurants can adopt a page from Apple’s playbook, just like BMW is doing in time for the 2014 launch of the electric car.

Jayme Soulati is author of Soulati-’TUDE!, an award-winning professional blog oriented to social media, marketing, PR, business strategy, and more. She is president of Soulati Media, Inc. and is everywhere on the Interwebz.