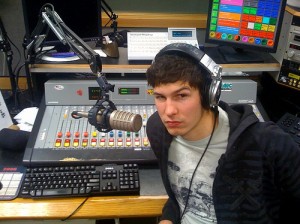 This is a guest post from my smartest of smart friends, Doug Haslam.

The new nightmare for brand marketers is commonly referred to as #socialmediafail–putting the wrong message out, through inadvertence or ignorance, in social media channels. Makes the blood of any marketer or PR pro run cold just thinking of the social media crises that can occur as a result of one errant tweet.

In college, I majored in radio. Back then, in the days vinyl still ruled, the common nightmare was not being able to put the needle on the record, much like the victim in the horror movie who couldn’t get the car keys into the lock in time. The result was not slasher death, but dead air was close enough. Another waking dread was leaving the microphone on and unknowingly uttering one of George Carlin’s Seven Words.

There is no shortage of examples:

Add to that two high-profile examples from the past week or so: 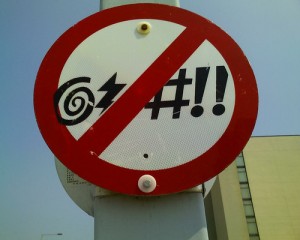 Each case is different, and the reactions–and consequences–have also been different. And since I’m someone who helps brands manage their online social media presence, I have my own waking nightmares of having this happen. Thus, I have a few thoughts:

So, you decide. What’s it going to be? Are you going to be careful with your brand by taking a few easy protective measures as outlined above, or are you going to roll the dice? I’m entertained by the mistakes for the most part, but these things are keeping a lot of us up at night. But if your goal is to have one less social media crisis to manage, for all that’s holy put the needle on the damn record, make sure the mic is off and avoid dead air – or worse. 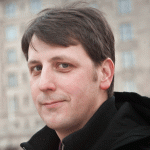 My pal Doug Haslam works with the PN Connect team at Voce Communications, a Porter Novelli Company, running social media publishing programs for companies both large and small. He not only has two decades of broadcasting, PR, marketing and social media experience, he’s one of the funniest people on the planet. I’m so lucky to call him “friend.” (Among other things). You can find him online at @dough, stalk his blog or connect with him on LinkedIn. I strongly suggest you do.

This post first appeared on Doug’s blog at DougHaslam.com.