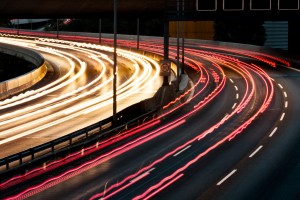 I recently entered a comment on one of Shelly’s blog posts, and she asked when I was going to get around to submitting a guest post. Since I love a good sports analogy, and I guessed that Shelly might have an opinion on the Kansas City Chiefs, I popped off about recent headlines around the Chiefs.

And thus I began yet ANOTHER journey down ASS-U-ME Lane! Do not lie on this public forum and say you haven’t strolled down this lane, too. You know what I’m talking about: when you assume, you make an “ASS” out of “U” and “ME”. Let’s go through the assumptions made in this Kansas City Chiefs scenario.

First, I assumed Shelly was a Chiefs fan. In reality, she could be a die-hard Denver Broncos fan, and that would be perfectly understandable. Lesson learned: Never assume people’s loyalties based upon superficial data. You need to take the time, and make the effort, to dig a little deeper. You may discover they are victims of circumstances or “status quo”, or perhaps they simply are not aware that a better mousetrap/solution may exist. Your questions can lead to discussions, discussions can lead to education, and education might lead to opportunity for you and solutions for your clients.

Secondly, the headline I mentioned was the recent debacle around much-maligned Chiefs quarterback Matt Cassel getting injured. Apparently, the fans were cheering as Cassel lay on the field. Chiefs offensive tackle Eric Winston had this to say about the fans:

“It’s sickening. I’ve never, ever — and I’ve been in some rough times on some rough teams — I’ve never been more embarrassed in my life to play football than at that moment right there. I get emotional about it because these guys, they work their butts off. Matt Cassel hasn’t done anything to you people.”

I assumed that Eric Winston was accurate in his own assumption that the fans were cheering Cassel’s injury due to his history of poor performance since signing a hefty contract. Lesson Learned: Do not jump to conclusions – especially if you lack context. I was not at the game, and I didn’t even see a replay of the injury and subsequent cheering. All I saw was a sound-bite from a frustrated teammate. The fans could have been cheering because they saw the injured player move on his own, or because they saw another injured player get up and walk off the field under his own power. One fan swears he was cheering for the 2nd string quarterback when he got up to take practice snaps because it meant he was finally getting a shot at playing. Ask yourself – how often have you walked into a room with something spilled, or walked into the middle of an argument, and placed blame without first having context? We need to develop context, and get the full story, before jumping to conclusions.

Finally, Eric Winston made his assumption that the fans were cheering the injury to Matt Cassel because the fans had developed the habit of booing Cassel’s poor performance. Lesson Learned: Do not let past behaviors be the sole influence on current conclusions. Each new situation brings its own circumstances. It is our responsibility to consider those circumstances before passing judgment. I’ll use a sports analogy – the football “reverse” – to illustrate my point. An unblocked defensive lineman spends an entire game watching the running play go away from him (past behavior). He knows he should maintain discipline and “mind his gap”, but eventually he chases the running back because he wants to assist on the tackle. The offense cultivates this assumption until the lineman starts to pursue the play (jump to conclusion). The offense then does a reverse (new circumstance) that catches the lineman off guard. The result is that the lineman looks like an undisciplined fool, and his competition makes a big gain.

Don’t be the lineman! Consider all circumstances each time, and keep your competition from making big gains against you!

So here concludes a post that was intended to be about sportsmanship – and instead became an admission of my familiarity with ASS-U-ME Lane. I wonder if I upgraded to iOS 6 and Apple Maps if I would finally lose that address! 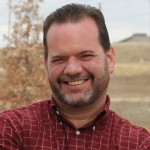 I love my wife and two daughters. I’ve been married over 23 years and love my wife more than ever. I am blessed in that I also love my job as a principal and EVP of the Rocky Mountain Region for Mantis Technology Group. I am so excited about our Pulse Analytics social media monitoring and sentiment analysis product that I sometimes forget just how good we are at our core service offerings of business intelligence and software development. Your engagement – bring it, and let’s have some fun! And while you’re at it, feel free to follow me on Twitter and check out my blog.

Image by 96dpi via Creative Commons