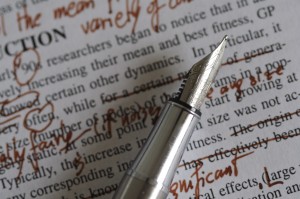 Facebook’s new comment editing feature has people all agog this past week. With Facebook (and every other social media network) there’s pretty much always something new–aren’t we used to this by now?

Previously, Facebook gave users a few seconds to edit a comment after posting—sort of like the few precious seconds you have to recall a Gmail message. With this new feature, however, the time limit’s been lifted, and users can edit away.

The interesting thing about this new functionality is that it also includes edit history. Once a comment has been revised, you’ll see “Edited” appear underneath the comment between the time stamp and the “Like” feature. Anyone can click on that and see the history of edits, as pictured below. 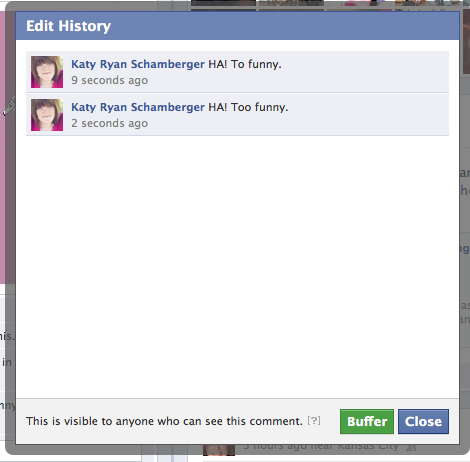 So if spelling and grammar aren’t your favorite things, consider this feature your new BFF. As far as drastically editing the content of your comment, well, you’ll want to tread cautiously. Your original content doesn’t go away–and if you’re not careful, you’ll wind up getting called out about something you posted and then changed your mind about.

And another thing? Let’s say you like a comment, but then the comment is edited so that the meaning changes—for example, “I like apples” becomes “I hate everyone who likes apples.” Not only will the original likes stay attached to the comment, but other users won’t be able to see which version of the comment was originally liked. Definitely has some potential for confusion, right?

Of course, if you thrive on Facebook drama or if you’re the passive/aggressive type, well, that’s another story.

This certainly isn’t a groundbreaking feature, but it’s a nice option to have. Still, however, this functionality highlights Facebook’s continual tendency to release features that fall short. For example, you can’t edit comments in Facebook’s embeddable widget for websites or the mobile app. (Shocking, right?)

We’d also like to see the ability to edit status updates, especially as page admins. Despite the best intentions, the occasional typo can slip through—and it would be great to be able to make a small edit, rather than copy, paste, delete and start over again. Facebook, are you listening?

If you have access to the new comment editing and edit history, we’d love to hear what you think. And if you don’t yet have it, keep an eye out—you will soon.