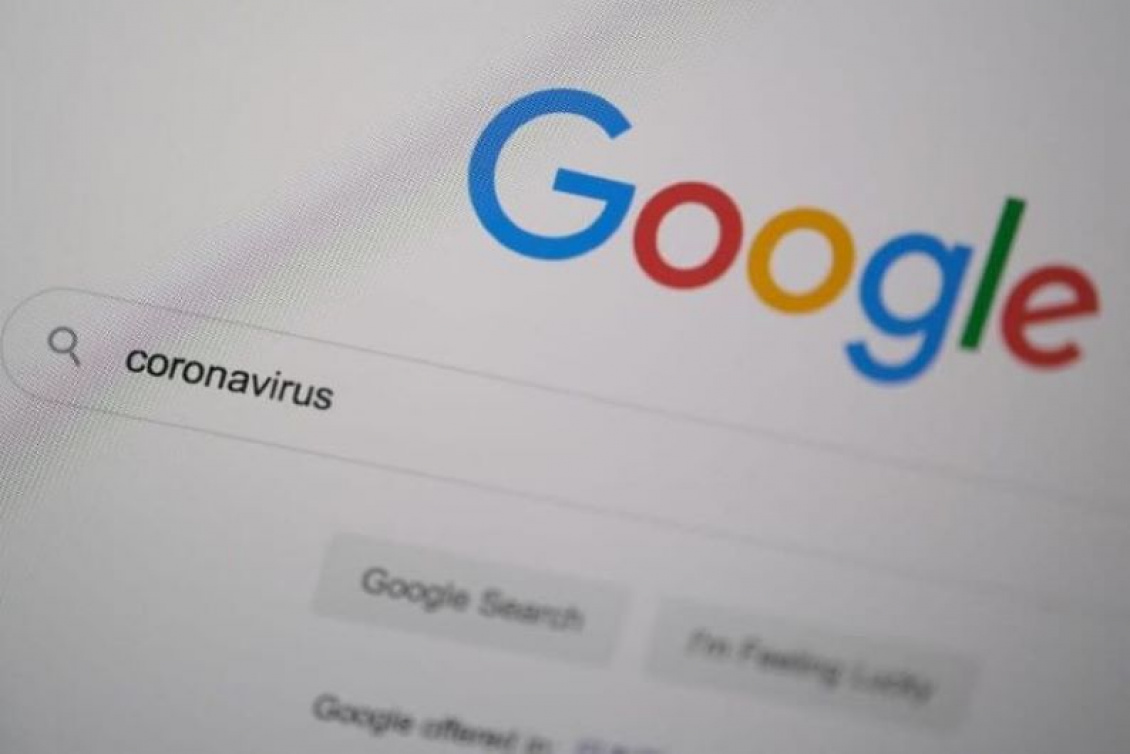 You know the financial impact of the coronavirus is serious when even Google is concerned about losing money. In fact, for the first time ever, the tech giant is expected to see a drop in ad revenue. In response, the company has announced it will be cutting its marketing budget by half for the remainder of 2020. This news came just ahead of Google-parent Alphabet disclosing its earnings report, which came out yesterday. The company grew revenue by 13% in its most recent quarter, which came as a bit of a surprise given the ongoing global pandemic and the expected reduction in ad spend. So, the news on the budget cuts for me, is likely a decision based upon Google’s expectations of more difficult times ahead.

If any company would be immune from coronavirus, you’d think it would be Google. Its name is a literal verb in the Oxford English Dictionary. And with more kids at home—on their computers—you’d expect Google to have even more “business” than usual. In fact, reports show children’s screen time has increased 70% due to the pandemic. Parents and nonessential workers are at home, too—increasing their screen time, as well, whether it be pulling up news on coronavirus itself or trying to understand their kids’ math homework. Still, there seems to be at least one chink in Google’s failsafe armor as the world’s favorite search tool: marketing revenue. And with fewer companies advertising their products, Google is about to be hit—hard.

How Big of a Deal is Ad Revenue for Google?

In a word: huge. Google makes much of its income through advertising on its Google Ads platform. These cover anything from display ads to product listings and service offerings. In FY 2018, it was estimated more than 70% of Googles revenue came from ad spending on Google assets. In 2019, its revenue amounted to more than $134 billion. In other words, a loss of nearly any size would be significant.

Some analysts are predicting Google and Facebook will lose a combined $44 billion+ in ad revenue this year. Indeed, while many companies still continue to push their online products or services, some—especially those in the travel and hospitality sector—have come to a complete standstill. And it turns out travel industry accounts for 15% of Google’s ad dollars.

Another factor: the Tokyo Summer Olympic has been pushed to 2021—a huge loss of ad spending that needs to be factored out of the budget. With these issues in mind, it makes sense the company is cutting its marketing budget by 50% for the rest of the year. The big question: is that the only cut we’ll see? Or will its losses go further? We have already seen major sporting leagues and events postponed and shuttered. Questions around the NCAA Football season, the NFL, Major League Baseball and more all remain. Until those questions are answered, Google is being cautious on its marketing—this doesn’t surprise me, and it shouldn’t surprise you.

Slashing Marketing Budgets: Who Will It Impact?

Right now, we know Google’s cuts will impact the agencies it employs, as well as its in-house agencies like Google Creative Labs. The most recent numbers show it still expects to see growth of 6% in 2020 overall (down from 13% in 2019). And though the company has reportedly put a freeze on hiring new fulltime and contract marketing workers, the company does seem to be hiring for other select areas of the company. In fact, Google has said it won’t cut workers in areas that perform essential services for customers. Still, as with most things regarding COVID-19, it’s hard to get a clear answer when the pandemic is unfolding in real time.

Slashing Marketing Budgets: Is It Enough?

Honestly, it’s too soon to tell. Based on the first quarter financials, it would seem as if this may have been a rash move, but I’m guessing investors are more interested in projections moving forward, rather than reports that focus on the past—Q2 will be more representative of the full impact of the COVID-19 pandemic and the lockdowns around the world. Google, after all, isn’t just a tech giant, it’s an industry trend setter. Many companies are likely looking to them to help predict the types of losses they will also be seeing in ad revenue throughout the rest of the year, if not longer. But no one is able to look into a crystal ball right now and determine when nonessential businesses and services will be able to open—especially travel and hospitality. And even when they do, it’s not clear what those industries will “look like” from a business standpoint.

For instance, will we see restaurants that can only seat half of its customers due to social distancing? Will the same be true for airlines, hotels, concerts, and other social gatherings? These evolving situations are what many of Google’s ad customers are facing and they are things we simply don’t know. Nor do we know if Google’s investments in things like contact tracing could catapult it into even greater revenue this year. There is simply no way to project because despite the amount of data Google has collected about its users around the world, it does not have the data to predict the outcome of this—the greatest health crisis of modern history.

Remember: Google is much more than an ad engine. It invests in lots of other areas of technology. And, it’s already weathered a recession before. I have no doubt the company will survive the COVID-19 crisis. The only question is how deep and wide the pandemic’s impact will become and the impact it has on customer ad-spending. As science continues to reveal the course of this disease and Google is able to evaluate the data of customer spend, the company will adapt and adjust. Likely, resuming a significant portion of marketing spending as we enter the post pandemic “Normal.”

Futurum Research provides industry research and analysis. These columns are for educational purposes only and should not be considered in any way investment advice.