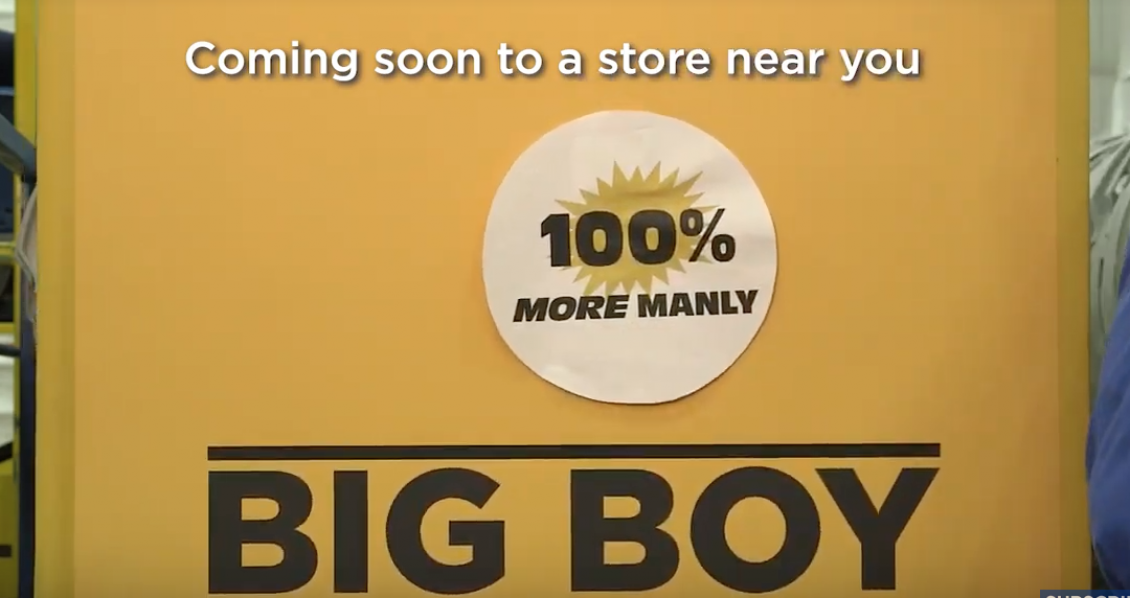 First of all, I’ll admit that I’m happy to watch Jason Momoa do just about anything. But it was especially great to see him in a clever SNL skit, spoofing gender stereotypes in GE Big Boys.

While it’s a joke, the reality is that the ad industry perpetuates a lot of clichés and the act of masculinizing something (think truck commercials, for instance) is nothing new. We do the same thing when we feminize stuff targeting women. For instance, reflect for a moment on how many spots you’ve seen over the years featuring a woman sporting a bob haircut (classic SAHM look, or so the advertising agency How to Develop TV Spots that Appeal to Women Creative Rule Book must read), wearing khaki pants and a tee shirt, with a spray bottle of something in her hand.

This skit is hilarious, take a look —

Again, I’ll confess to being happy looking at Jason Momoa doing anything, so this was an easy sell. But the team at SNL gets the credit for really nailing it with this one.

My personal favorite:” GE Big Boys have an Energy Star Rating of F- because they run on gas.”I also might have laughed out loud at the Jason manning the spot remover machine that looks like a jackhammer.

Equally as good as the Momoa SNL spot is the fact that the marketing and creative team at GE jumped into overdrive and created this video, featuring their “100% More Manly” GE Big Boy product line. This is when brand and ad folks are at their best — when they can jump on a random opportunity on a dime and make something awesome out of it.

Rolling Stone did a terrific recap of the entire show, covering all of the skits Momoa starred in more detail, and that’s definitely worth the read, whether you happened to catch the show or not. You can find that here: Jason Momoa on SNL: Three Sketches You Have to See.