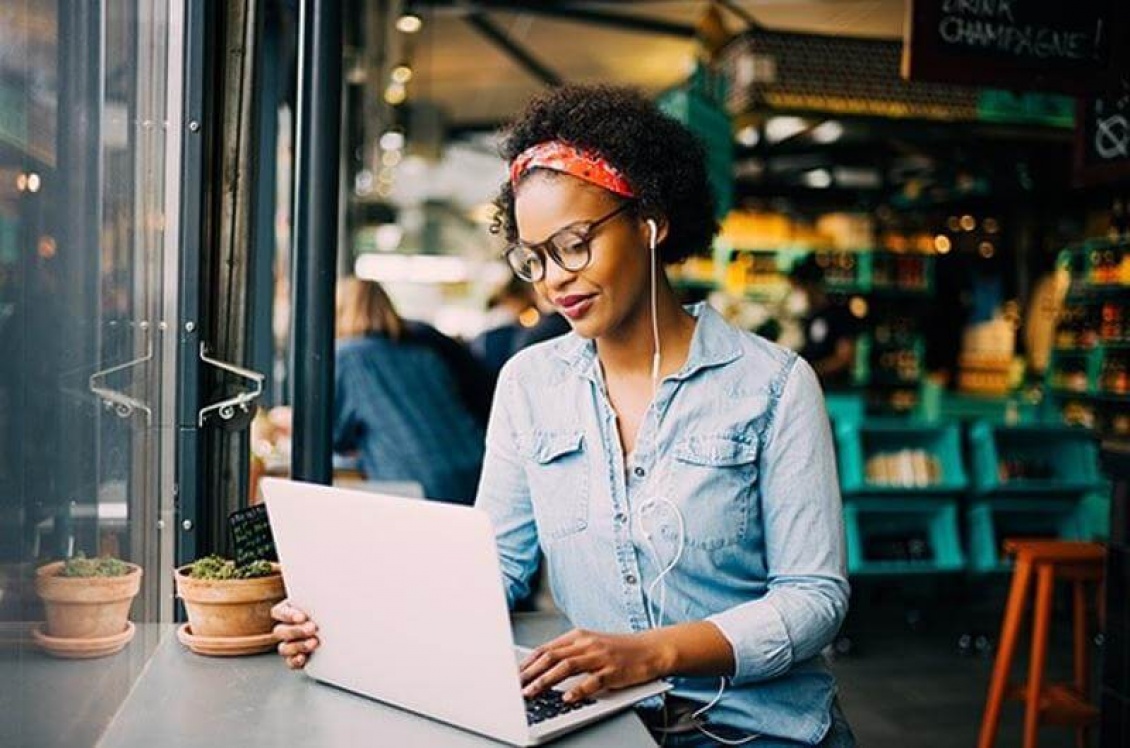 I’ve become a morning walking companion to people I may never meet.

How is this possible? They take me along in their earbuds as they stream my podcast, Build a Better Agency.

It’s a wonderful sign of things to come for marketers willing to venture into the podcasting universe.

Once a fringe platform, podcasts are now surprisingly mainstream. According to Nielsen, six out of 10 people understand what they are, and 112 million Americans — 40 percent of the nation’s population — have listened to at least one. Though podcast listeners lean male, it isn’t by much: 56 percent are men, while 44 percent are women.

Marketing professionals must not only be aware of these statistics, but they must also leverage them in their own campaigns. When 67 million men and women are monthly podcast consumers, it’s a niche that deserves serious contemplation. Add to that fact the amazing statistic that 63 percent of podcast listeners made a purchase based on something the host recommended, and you have yourself a veritable gold mine.

Of course, you have to crawl, then walk, then break into a steady trot to glean the benefits.

A No-Nonsense Primer From a Podcast Experimenter.

In my case, I’d written blog posts, conducted webinars, and published articles in places like Forbes and Fast Company for some time. These content producers worked, but I felt a different portal would help connect with more agencies and leaders in an accessible, easy to find, on-demand format.

As a longtime podcast listener myself, I recognized that the podcasting platform was the next logical step for me — especially if I wanted to reach a narrow audience of mid-sized agency owners and leaders as an authority in my field for more than 23 years. And as a long-time professional, I hired Predictive ROI, an Agency Management Institute agency, to produce the podcast so I wouldn’t make as many rookie technical mistakes.

Still, opening yourself up to podcasting is a little like breaking the lid on Pandora’s box. Until you do it, you have no idea what to expect. Still, that doesn’t mean you can’t head off issues before you go live.

Expect a certain amount of learning as you go, but be ready to explore the technology before fully launching your podcast. You wouldn’t open a bakery with your very first pie, so don’t hit “publish” until you get the lay of the land and make a plan. (Being a podcast guest prior to launching your own is a smart idea, too.)

Podcasting in the Beginner’s Circle.

Even if you’ve never been in front of a mic before, you can map out the first phase of a solid podcast schedule. From there, you’ll be able to branch out.

1. Create a checklist to keep yourself on task.

I asked myself tons of questions repeatedly before committing to podcasting. They included everything from the niche audience I wanted to reach to whether being the host of a podcast was a short-term fad or a long-term interest. I also considered what podcast style I preferred to offer the public, including a show prep and publishing schedule.

Obviously, your checklist will be individualized, but be sure it includes a section on technical elements. Setting up audio, iTunes, accounts, and interviews can be tricky if you haven’t done your homework.

2. Set up your basic show format.
Every interviewer prefers to run his or her podcast in a particular way. Many podcasters ask guests the same questions, but as a listener, I find that gets stale in a hurry. Sure, it’s less prep work, but it makes the host look lazy. I preferred interviewing subject matter experts but wanted to occasionally keep the door open to produce a solocast. My compromise was a 4–1 ratio of interviews to solocasts.

I was reasonably confident that I could have a few questions on hand and then launch into a conversation on the fly from there. A big risk? Maybe. But I believed I could pull off a 45-minute to 60-minute conversation without a safety net.

3. Leverage the heck out of your network.
The first 10 episodes set the tone for any podcast launch, so make sure you line up high-profile, interesting, engaging guests who won’t be turned off if you have very few — or no — listeners. My friends came through in a big way for me, offering me rock stars from day one. Not only did they help publicize the podcast, but they also generously allowed me to ride on their social media coattails.

4. Track your downloads.
Rob Walch was one of my recent podcast guests who offered an important consideration for any podcasters: You have to stay on top of your downloads. Rob’s suggestion is to hit at least 500 downloads an episode to feel sure you’ve broken the cycle of only having people in your inner circle tune in.

What’s a reasonable download number for your, quote, “success”? Only you can determine this, but it helps to keep a steady eye on the numbers. Starting to see a downward trend in listenership? Go back to square one and ask those tough questions again so you can pivot before your podcast loses traction.

5. Produce great content consistently.
Does everyone have a bad episode once in a while? Sure. And if you’ve planned in advance and have great content in the bag, you can simply not release it in lieu of a better one. Before you release your podcasts publicly, try to have several on hand. That way, you get the relief of a buffer zone.

Don’t try to start too quickly. You can always ramp up your delivery later. With my travel schedule that sees me on no fewer than 200 planes a year, I decided to get 10 episodes in before I proved to myself I could sustain the effort. August and September 2015 were a flurry of set-up and recordings, and we opened our podcast doors — virtually — in October 2015. Since then, we’ve published a new episode weekly without fail.

6. Prepare to become a podcast promoter.
Your target personas won’t find your podcast without a little help, so promote it like your life depends on it. I utilized our company’s email list, my personal social channels, and myriad other platforms. In addition, I requested that each guest promote his or her episode.

We were fortunate to get on iTunes New and Noteworthy, landing us in the top five of several of its subject-specific lists during our first month.

7. Learn how to monetize your podcast.
Finally, it’s important to figure out how to earn an income based on your podcasting. One way is to promote your book, workshop, or online course, creating thought leadership at the same time.

If you have a narrow audience lacking depth or width and you just can’t sell advertisements or sponsorships, you can still make numbers work in your favor.

Sound like hard work? It is, but it’s totally worth it if you strategize. Two years after unveiling my first episode, we have 110 five-star reviews, and episodes are downloaded in more than 125 countries. I’m pleased to say we’ve also earned a presenting sponsorship from HubSpot. Podcasting hasn’t just been a feeder for the business, but a phenomenal marketing opportunity as well.

Have you thought about taking the podcasting plunge? The water’s a bit choppy at first, but there’s plenty of room for another swimmer!

This article originally appeared on HubSpot.