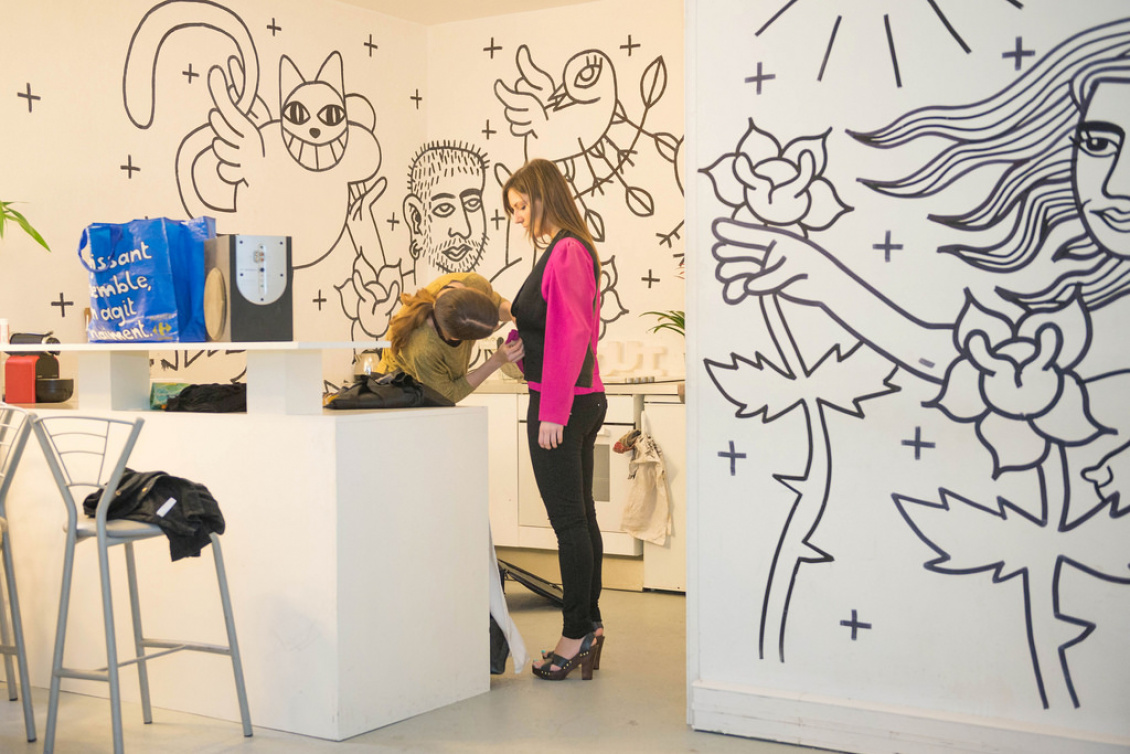 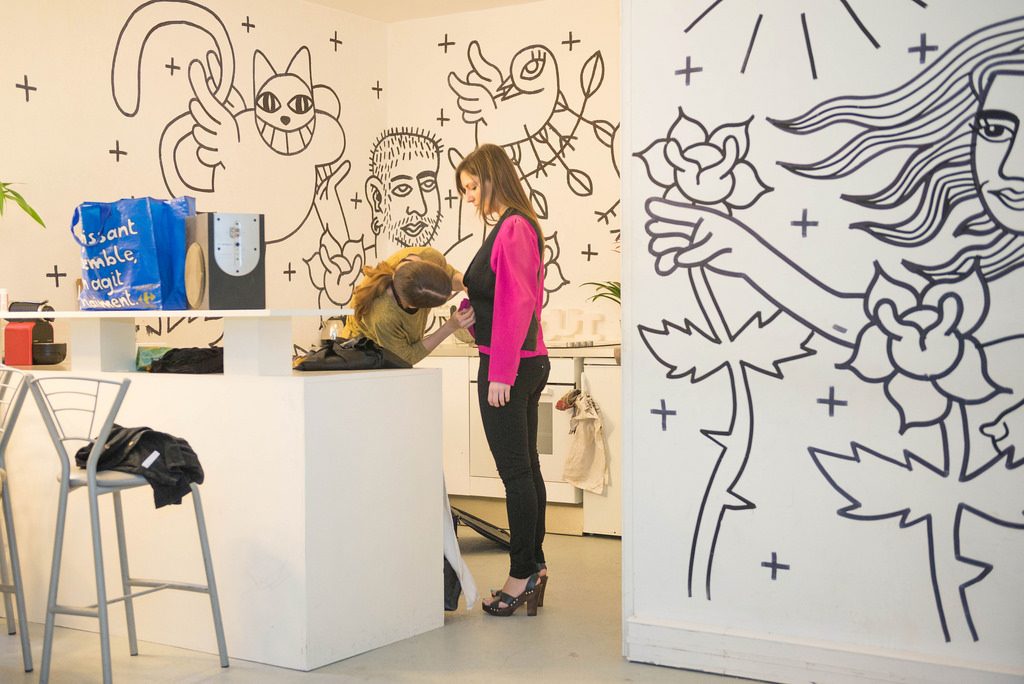 If you’ve watched or have been watching Mad Men, you’ll remember last season being reminded of the glory days at the end of the 60s, when people were groovy, love was free, and free-sharing communes were the thing. Well, the face of consumerism today is undergoing a quiet revolution of its own, as an ethos of sharing spreads, driven by the blossoming number of online communities promoting access over ownership. Turns out the young hipsters are actually hippies. That’s one of the conclusions of a new report, which indicates this new “sharing economy” is likely to continue to expand, with younger Millennials in particular showing enthusiasm for choosing sharing with a community over accumulating possessions for their own use.

The Sharing Economy report, from PricewaterhouseCoopers (PWC), set out to take a snapshot of how the sharing ethos is affecting today’s market, as well as explore the challenges facing its wider adoption and the issues existing businesses need to address to meet the inevitable disruption this new sharing ethos will cause. The results show that while adoption isn’t yet widespread, awareness of sharing services is growing. Provided certain issues, particularly around trust, can be overcome, it looks like access over ownership will see robust growth in the future.

So what exactly is the “sharing economy”? The PWC study, while acknowledging that no single label really captures the essence of this new movement, defines it as “an emergent ecosystem that monetizes under-utilized assets—or forgoes the purchase of those assets altogether—in favor of borrowing, renting, or serving up microskills in exchange for access or money.” I think it needs a broader definition, one that includes the biggest factor tying it all together—Social Media and the internet.

That’s why I prefer the definition of the model from the brilliant Lisa Gansky, the woman behind sharing directory The Mesh, and author of “The Mesh: Why the Future of Business is Sharing.” She describes her network as a place where, “companies create, share, and use social media, wireless networks, data crunched from every available source to provide people with goods and services at the exact moment they need them, without the burden and expense of owning them outright.”

Responses to the PWC study indicate that almost one in five (19 percent) of the U.S. adult population has “engaged in a sharing economy transaction,” while 44 percent say they are familiar with the concept. Sharing models are all around us causing disruption to established markets—just remember how Napster and its ilk changed the face of music consumption and you’ll get the idea. You might even be engaged with the sharing model yourself without even realizing it. Regular Spotify or Netflix user? Where you once owned an asset (CD or DVD), you’re now consuming a shared product, and paying a monthly fee.

The sharing of goods and services has been around for as long as anyone can remember, but it’s the online/social community element I think is driving the model now. That is particularly so with the aforementioned Millennials, those digital natives who practically sprang from the womb connected to the internet, and holding their smartphones.

And Millennials are seriously embracing this sharing concept. Consider some of the findings from the PWC study.

Sharing Economy Lovers. Those who were most excited about the sharing economy once they had tried it were in the 18 to 24 age group.

Sharing Economy Providers. Of the seven percent of the US population that said that they are providers in the sharing economy, 38 percent were under 35 years old. Although that might seem a relatively low proportion, bear in mind that the 18 to 24 age group (who contributed 14 percent) probably have a lot less to share at this stage of their young lives.

Access > Ownership. Adults aged under 25 were nearly twice as likely as older adults to agree that access is the new ownership.

So, while the sharing economy is gaining traction across all age groups, the Millennial generation is driving it forward at the greatest pace. Report after report is showing that Millennials are reshaping the way we think about the workplace and the way that marketers need to operate (more about that in “additional resources” below). So why should the way we consume goods and services be any different for this highly connected and apparently socially responsible generation.

Peer reviews and online reputation will clearly play the biggest role in establishing trust in the sharing economy, which is all well and good, unless you start to question just what those five star reviews really mean? I mentioned Uber above. They’ve taken some flack recently over just how their ratings system operates. According to one recent wired.com writer, “I had been chauffeured door to door without incident—for half the cost of a cab and infinitely less hassle than the bus. Who was I to nitpick? Not to mention, this guy now knows where I live. I’m not the only undiscerning reviewer out there. Like many transactions in the online economy, “perfect” has become the default rideshare rating.”

I guess the old adage Buyer Beware applies even to peer reviews systems.

Still, problems aside, it’s definitely an exciting time for those who like to see innovation in markets—and for those who are coming up with new sharing ideas. But also challenging times for those established players who are seeing their traditional markets disrupted by the new wave of sharing options these collaborative communities are coming up with. Whatever the size of business, they need to be able to adapt to reposition themselves and maybe even get involved in the sharing market.

Some are already doing so. Take BMW for example who have developed their own sharing model with their DriveNow car sharing service. This allows users in several European and U.S. cities to locate the latest BMW through an app, pay only for the time used, and then leave the car in any parking space. Richard Steinberg, CEO of DriveNow, explained the rationale behind the scheme in the PWC report:

“Mobility services was recognized by our board as something that we needed to be engaged in—that’s where DriveNow was born from. Millennials are not so much interested in spending their hard-earned money on buying a car. They’re not interested in parking, insurance, vehicle acquisition. But they still have mobility needs. Public transit, Uber, all the various sharing tools are at their disposal—but there’s not personal mobility. So that’s where we fit in.”

It’s telling, I think, that a premium provider like BMW would quote Millennials as being one of the drivers of the initiative. Will they grow up and become BMW buyers? Who knows. Still, that’s a lot of free advertising picking up groceries or heading to Ikea. I imagine many more sectors will start exploring and them embracing the sharing economy idea. Those that aren’t are in danger of seeing their traditional customer base eroding and potential new customers looking elsewhere.

I’ll leave the last word on the topic to Lisa Gansky with this video of her 2011 TED Talk “The Future of Business is The Mesh.” Lisa’s book on this topic was one of the first things I read on the sharing economy, pretty much before it even happened, and her thoughts on this topic are as relevant now as they were then. Put The Mesh on your list of “must read” books. I hope that when you’ve watched it you will take a moment to let me know what you think about the sharing economy. Are you a participant as a sharer or a user? Do you think that its got legs as a serious threat to established business models? I would love to hear your thoughts.

You can find a link to the full PWC report at The Sharing Economy.