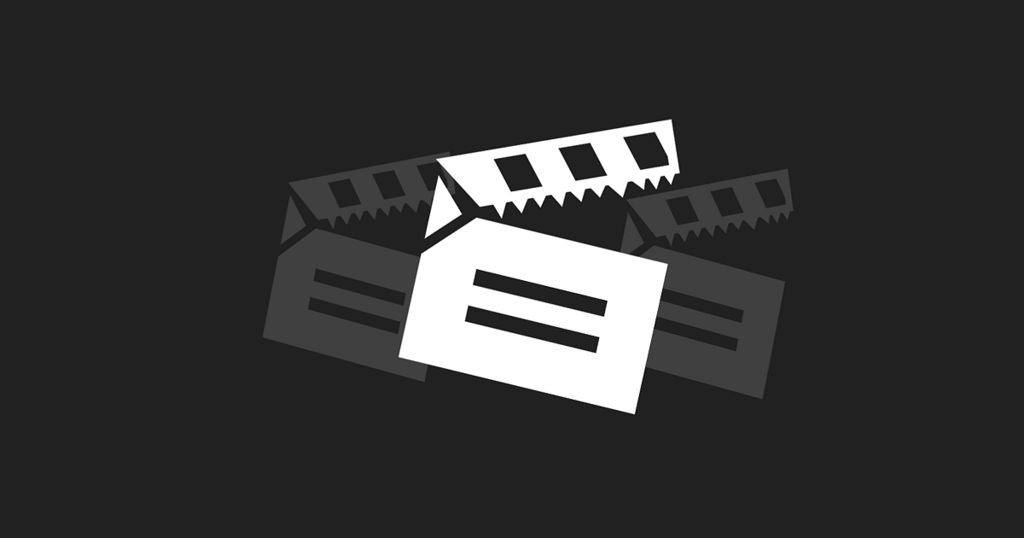 If you think that video marketing is the exclusive domain of the B2C marketer, think again. B2B buyers, who like the rest of us have become accustomed to consuming video in their daily lives, are increasingly watching online video as they research their purchases. That means that demand for video content is growing in the B2B space and B2B marketers increasingly see video as a more engaging and personal way to connect with potential buyers, and they are embracing the medium in a big way.

New questions are raised for B2B marketers. How much video content is enough? What trends stand out for different industries? How long should videos be? How are videos performing in comparison to the competition?

These are some of the questions that the team at video platform Vidyard set out to answer with the 2017 Video in Business Benchmark Report. The study analyzed data from more than 500 businesses and nearly a quarter of a million videos in November 2016, together with engagement data from more than 600 million video streams over a 12-month period, to produce some interesting insights into B2B video stats and viewing habits.

The numbers already in video libraries and under production are pretty impressive. Keep in mind though that the sample was from companies that have already converted to the benefits of video as users of a publishing platform (companies that produce video as their primary business and those that monetize video were excluded). They therefore don’t necessarily represent the true position across the whole B2B industry, but they are still a key indicator of the direction things are going. 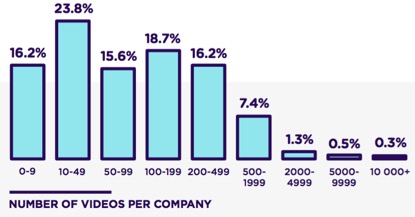 We’re all viewing video much more on our smartphones these days, however video viewing in the B2B space seems to be bucking the trend. 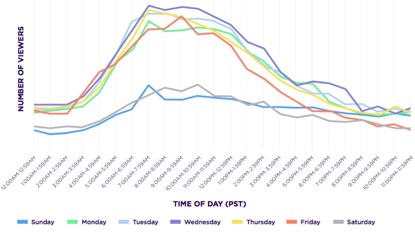 Explainer videos, described as “short videos that describe, or explain what a company does in a fun and engaging way,” were by far the most common types of video published.

How-to and product feature productions also featured strongly, although their use varied according to the distribution channel, with website and email being the most commonly used.

The average length of video was just over 8 minutes, with the majority (56 percent) less than 2 minutes in length, not surprising in view of the average attention span of the digital viewer. Intriguingly, there were fewer videos between 7 and 20 minutes in length. Productions either tend to be short and punchy, or packed with information in long-form content such as a webinar.

The true measure of success is the level of engagement viewers have with your content. Do they watch the whole video? Do they lose interest and move away immediately? Critically, do they see the message that you trying to convey?

It’s not a great surprise to learn from the report that the length of the video is a critical factor in audience retention. 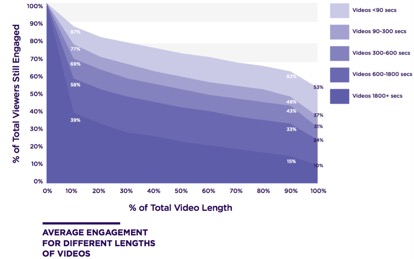 A more interesting analysis comes with a comparison of these overall averages to the results for the top performing five percent of videos. 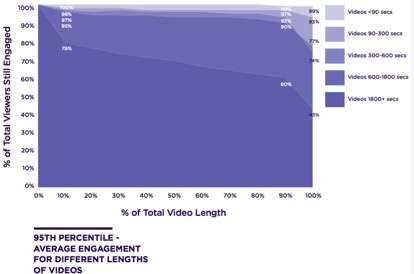 The average retention rate is 77 percent for these top-performing videos, with short productions (less than 90 seconds) retaining an impressive 99 percent of the audience. Videos of 30 minutes in length retain a third more of the audience compared to the average, although the report notes that even these see a sharp drop off towards the end.

Personalized video, where the viewer is presented with some form of content that’s unique to them, was found to have a positive impact on engagement, whatever the length of the video. 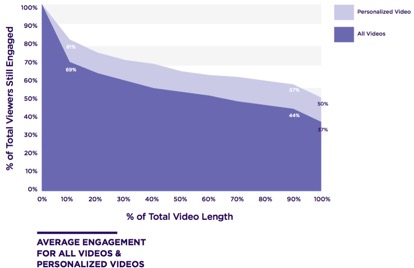 Many organizations appear to have little ability to track results, with almost a quarter (23 percent) having no means of analysis at all, and another 42 percent having only basic measures, such as numbers of views. That’s nearly two-thirds that are unable to measure engagement or ROI from their video marketing.

Just one in seven said they use advanced analytics to collect and evaluate metrics that allow them to determine the impact on revenue and ROI.

The study identified some key correlations between the use of analytics and the effectiveness of video campaigns. Marketers who churn out video without analysis would be wise to take note.

Although the report doesn’t draw any firm conclusions about the effectiveness of video, it does highlight some key trends in B2B sales and marketing. Namely B2B buyers are demanding video content, B2B sellers are beginning to produce video content to meet that demand, and that the majority aren’t yet able to fully measure the effectiveness of their video marketing strategy. It will be interesting to see how these trends develop in future benchmark reports.

Are you an advocate for video marketing in the B2B space? I would love to hear your thoughts.

You can find out more about this study by downloading the full report (registration required), with this infographic or—of course—by viewing this short video.