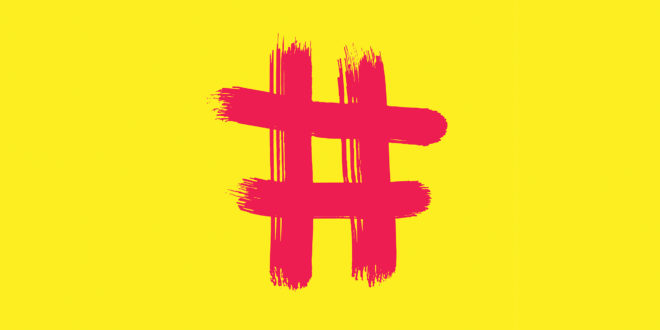 Your social media feed is probably just now recovering from that Oscar’s mishap. The most coveted award in entertainment getting awarded to the wrong film might have caused some clutter and confusion on your News Feed. It’s time to switch gears—I’m here to get you caught up on all the important news in the social media and marketing world from this week.

YouTube is rolling out a streaming TV service. That’s right, next time you visit YouTube, you might be doing more than browsing funny cat videos. YouTube TV was announced early this week. When the streaming service launches, it will allow subscribers to watch up to 40 networks without a contract, and will cost $35 a month for up to six accounts.

What will set YouTube TV apart from its many competitors? Voice control. The streaming service will utilize Google Home and Google Cast, giving subscribers the power to change the channel without touching a remote. All the more reason to buy Google products, my dear.

The new streaming TV service will also allow users to access content via whichever device they choose—tablet, smartphone, desktop, etc. YouTube’s CEO, Susan Wojcicki cited Millennials’ preference to consume television at their own convenience as inspiration for the new streaming service. This non-Millennial is here to tell you that I don’t know anyone who is content to access content at a pace dictated by a TV network, let’s just agree that people in general, and our viewing habits and preferences definitely drive this kind of offering. Of course, Google and YouTube’s competitor Hulu’s announcement of intent to launch a similar streaming service could have influenced the project as well. Fortune

Facebook reactions are now more important than likes. For companies that rely heavily on social media marketing, Facebook’s new algorithm is something that demands attention. The number of likes used to help you see you determine how well your posts were doing in the land of Facebook. Now, Facebook has decided reactions—positive or negative—will now play a larger role than likes in determining post visibility. This is an important change for marketers, and definitely something to pay attention to.

Facebook believes that since reactions require users to take the time to select a reaction instead of taking the easy way out and tapping the “like” button, they are a better indication of user engagement,. And you know what? That makes a lot of sense. Data shows that reactions have been used over 300 billion times in the short one year they’ve been available. Just in case you misread that, that was a “b” as in “billion”, not an “m” as in “million.” This is really interesting to me, as I rarely, if ever, use the reaction buttons. I see them used all the time, on content I share and on other content, but I rarely use them myself. What about you?

Thanks to Neal Schaffer for sharing Danny Goodwin’s piece on this topic.

Google is working on software that will change SEO as we know it. Just when you think you’ve got an SEO plan in place, Google changes things up. The search engine announced it is beginning plans to change the search engine’s current SEO structure. Google is working on creating a new algorithm that uses a mathematical model to imitate the way neurons work in the human brain—i.e., deep learning.

Deep learning will use artificial intelligence mimicking human patterns to completely change the way Google searches for results. If and when Google launches deep learning, the days of marketers optimizing pages will be over. The new algorithm will tailor results based on a user’s previous search habits to build the list of results. What does this mean for marketers? Social media marketing will become even more important than it already is, and SEO as we know it will change drastically. Better get busy paying attention to doing more than simply checking that box when it comes to social, folks.

Thank you, Martin Cook, for sharing this story.

Are We Gonna Say Goodbye To #SEO Soon? https://t.co/6aNERDhNLu

Instagram and Snapchat are still battling for users—just different kinds of users. Snapchat is now attracting an older generation of users. According to a new report, over six percent of Snapchat’s users are between 45 and 54. While that number may not seem high, it greatly exceeded projections for the older demographic.

Many attribute this rise in popularity with an older generation to Snapchat’s recent transformation from an exclusive communication app to a communication and content app. Having short bits of content from a variety of outlets has clearly drawn a new crowd. Also, parents are using Snapchat to interact with their kids (and one another). We all know what happens when the parents show up—the kids flee.

And that decrease is showing up in users ages 25 and younger. Instagram’s new-ish story feature is beginning to take its toll on Snapchat. In fact, since Instagram’s story feature, Snapchat’s growth slowed by 82 percent. Projections have Instagram increasing its lead of the market share in the next year. With Snap’s recent IPO, this will be an interesting battle to watch. TechCrunch

That’s it for this week. While we’re here, if you want to stay up to date on social media and marketing, follow the accounts of the smart insiders I’ve included above.