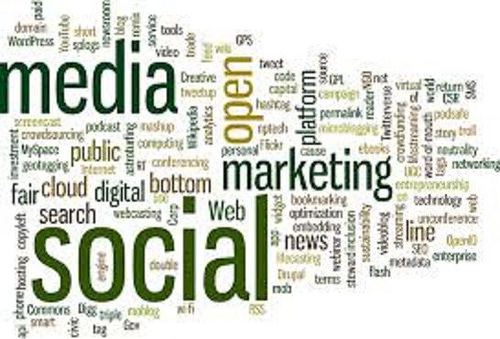 It’s been a little over a week since Punxsutawney Phil saw his shadow, predicting six more weeks of winter. He was not kidding. My Facebook feed has been flooded with pictures of snow from friends from coast to coast. Here in Southern California, we are on the brink of another rainstorm, which has kept me inside all weekend with a good book and mug of hot chocolate. If you’re avoiding the weather outside right now, grab your favorite hot beverage and take a few minutes to catch up on some news you might’ve missed this week.

Sprout Social introduced Instagram Scheduling Workflow to the delight of brands everywhere. Instagram boasts an active user base of nearly 600 million people and brands have taken notice of the potential. Companies have placed a greater emphasis on Instagram content as part of their social media strategy, but until now, planning and scheduling that content hasn’t been easy. Sprout Social’s latest tool aims to fix that problem by offering creative content tools, intuitive workflows, powerful scheduling features, and analytics in one platform. The short demo video is enough to convince you to try it. Thanks to our great friend Stephan Hovnanian for keeping us in the know on this—and check it out for yourself: via Sprout social

Twitter’s Q4 Earnings Report was a lot of bad news peppered with a few pieces of good news. We’ll start with the bad news: Axd revenue declined in the fourth quarter last year. However, Twitter COO pointed out that ad revenue is not a good indicator for usage as most advertisers are spending based on trends from six months ago. Current user statistics show Twitter’s monthly user base is growing, albeit slowly. Daily audience growth is accelerating as is time spent on the platform. The company is hoping that these user stats will help convince brands to reevaluate their spending in Twitter’s favor. Good overview on this from Marc Krisjanous.

What marketers should know about Twitter’s Q4 2016 earnings https://t.co/KySiSNp2xH pic.twitter.com/Ymrf5FndIE

Pinterest is taking visual discovery to the next level with its latest innovation. The new functionality, Pinterest Lens, lets people use the camera on their smartphone to search for information about products as well as similar products. Pinterest says that anything from furniture in a friend’s home or the shoes of a passerby could be the connection opportunity.

The company is also introducing a “shop the look” feature that will help users locate and buy the product. These new features give companies a new way to reach consumers and is pretty cool.

The Metropolitan Museum of Art grants unrestricted use of 375,000 hi-res images. Marketers all always looking for new intriguing images to add to their social shares and blog posts. All of the Met’s 375,000 public domain images are now free to download and use. The new open access policy based on Creative Commons gives bloggers, businesses, and schools the ability to use any image even without attribution. Via Engadget

With hacking and data breaches becoming a daily occurrence, security is on the minds of brands and consumers everywhere. That’s likely what prompted popular messaging app WhatsApp to recently add two-step verification, also called two-step authentication, to its platform. This is a security feature that you’re soon to be seeing and hearing more about, and its designed to prevent anyone from accessing your apps or accounts, even if they manage to get control of your password. Michelle Harris does a great job of covering that here, as well as showing you how to turn two-step verification on.