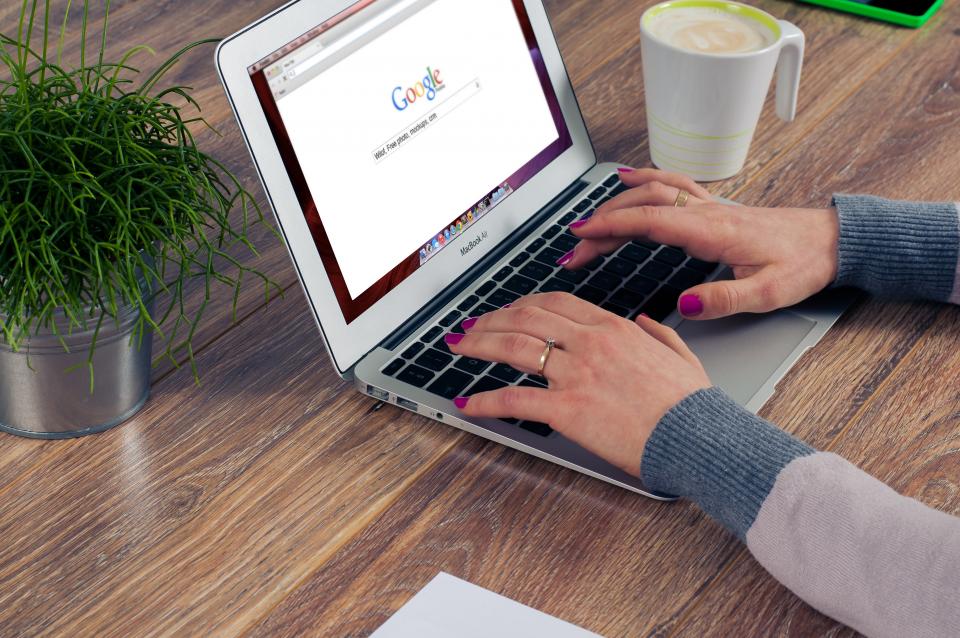 I recently wrote about Google’s efforts to “show” you how to rank. They held an online Q&A session where Google search quality senior strategist Andrey Lipattsev listed the three most important factors the search engine uses to rank websites and web pages. Content and links tied for number one, and RankBrain, the new artificial intelligence system that helps to sort and deliver a large number of the search engine’s results, comes in at number three.

The thought crossed my mind that many of you might not be aware of RankBrain and that we should maybe talk about that. RankBrain kinda snuck in under the radar a bit last October, and it’s fascinating on a conceptual level. At its core, RankBrain is a machine-learning artificial intelligence system that’s used to help process Google search results. And, as I always try to do in these posts, I want to address more than just the “base definition” of new technology. Instead, I’ll break down what RankBrain really is and get to the question I know you’re really asking: So what? What does it mean for my business?

Let’s Back Up: What is RankBrain?

In September 2013, Google employed a new search platform that was supposed to be quick, precise, and more focused on meaning, rather than just the matching of syllables typed in a search bar. This algorithm—Hummingbird—has been heavily weighted in entity search and relatively successful since its inception. Any technology has its nonbelievers, but Google remains the number one search engine by a long shot (over three times as popular as the next runner up).
But—like with most IT endeavors, if we’re being honest—Hummingbird could be better in some areas. The tech landscape is constantly changing, and companies that do well don’t stop trying to better their offerings. So, to revamp Hummingbird (not replace it—that’s important to remember), Google brought in a new heavy-hitter: Welcome RankBrain.

As I already mentioned, it’s defined as a machine learning artificial intelligence (AI) system that helps find the relationships—even those that are implied—between seemingly unconnected search terms to produce more relevant results on your SERP.

Yes, I know that’s a mouthful. Think of it this way: Have you ever tried to find something very particular, but couldn’t come up with the appropriate search terms, so you just winged it with some ‘close’ terms? Maybe you searched for a list of several items and one clearly didn’t belong, so Google just threw that one out. Now, in these circumstances, RankBrain can make an educated (and mathematically-based) guess at what you really meant and filter the results accordingly. One uber-important point: It does all this through the use of machine learning (and the aforementioned AI, which are difficult to distinguish in this instance), so the computer is ‘learning’ and finding connections based on probabilities and assigned values. See Figures 1 and 2 below for a visual representation of exactly how RankBrain works, and note especially how the technology focuses on intent. 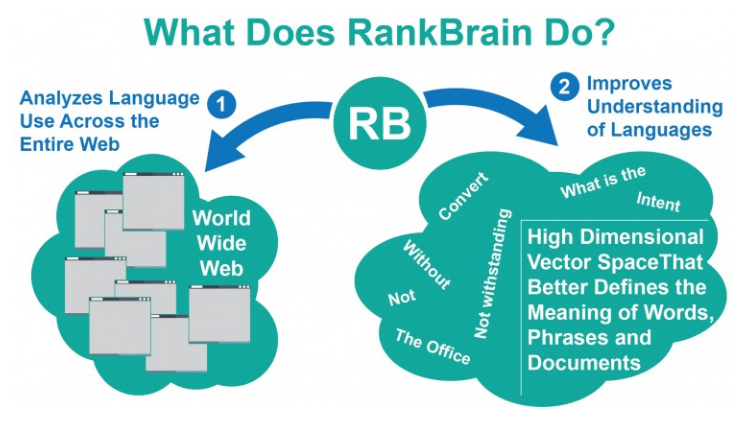 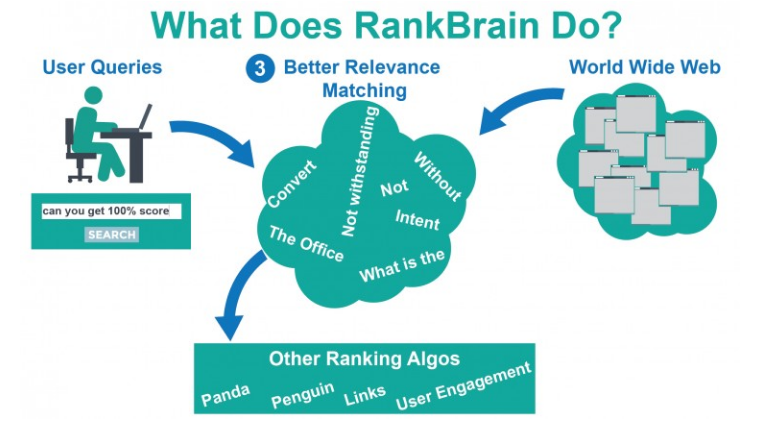 Put simply: Yes, so far so good. Marketing consulting firm Stone Temple recently conducted a study to examine how RankBrain compares to other Google machine learning products. They sampled 1.4 million queries pre-RankBrain and tried them again post-RankBrain. A whopping 54.6 percent of the search terms returned appropriate search results they hadn’t before. While this is good news, it’s not a perfect system: The study suggests that certain misspellings or re-phrasings perform better than others.

Now that you’ve got your head wrapped around RankBrain, let’s get to that ‘so what’ I was talking about earlier. How does RankBrain affect your site content and overall search engine optimization efforts? After all, we all know how important SERP is: Just think, a study from last year found that over 71 percent of searchers click on a page one result (and the first five options returned over 67 percent of those clicks). On the second or third page of results? You’re getting less than six percent. So, if you’re not looking at your SEO, you’ll want to start. (Understatement of the century, maybe.)

Now that RankBrain is helping Google become a true AI answer machine, it will impact all of those SEO efforts. Here are two major things you can do to get ready:

Don’t focus so much on keywords. Wait, what? Doesn’t that go against everything you’ve ever been taught about SEO? Yes, it does. And that’s why I said don’t focus so much on keywords—keep a grasp of them and use them wisely, of course. However, broaden your focus to hone in on your users themselves, not just the words they’re typing into the search box. The whole point of RankBrain is getting to that user intent. Think of it this way—RankBrain thinks: I know what they said, but what did they mean? And so should you. Ask yourselves the following questions:

Turn those observations into content that serves a purpose. This starts with asking your audience questions—maybe start by asking your email subscribers if they have any questions or concerns—and taking action with the insight you gather. Formulate content as you normally would, except pay special attention to include answers to those overarching questions. Remember, RankBrain looks at intent, and it will help your search engine results if you do, too.

Need more SEO guidance? Check out this handy Periodic Table of SEO Success Factors (Figure 3). Remember, RankBrain is new, but it’s not taking over Hummingbird. Many of these strategies can and will still apply to your business.

The Future of RankBrain

RankBrain is still young, and Google lost a bit of market share while developing it. Whether it sticks around remains to be seen, and depends heavily on how it’s interpreted by users—but it seems to be working so far. And, of course, it’s difficult to argue the fact that it’s yet another step in a progressive forward direction toward machine learning and true semantic search.

Whether RankBrain is fleeting or here to stay, you won’t regret the attention you were forced to pay to your SEO because of it. What’s that saying—necessity is the mother of invention? If you’ve been looking for a reason to reinvent and reevaluate how you approach SEO, Google just gave you a big one with its release of RankBrain.

What do you think of RankBrain? Do you believe machine learning semantic search is possible in the real world, or does is still sound too conceptual? How well do you think you’ll receive RankBrain as a user? What about as a business optimizing content? I’d love to hear your thoughts and how you plan to approach Google’s latest and greatest release that’s keeping us all on our toes.