It’s the second to the last week of the year, and the merry go round doesn’t appear to be spinning any slower. I suppose that’s a good thing, as that merry go round means we’ve got happy, active families, a great team, and we’re busy and blessed with the very best clients, for whom we get to do the very best work. Not much to complain about, that’s for sure. Here’s hoping the same is true for you and yours. With that, here is the latest edition of “Things You Need To Know This Week.”

What Technologies Are Marketers Investing In?

Gartner’s recent survey of more than 300 companies in the UK and North America focused on 2015 marketing budgets and 2016 plans. Just over 65 percent said that social marketing and digital commerce were the top technology investment priorities.

Consumers today expect personalized omni-channel experiences and marketers know that technology plays a role in both increasing those expectations on the part of consumers, and their ability to satisfy them as well.

The results of the Gartner survey were backed up by a similar survey from Forbes Insights, which revealed that more than 50 percent of U.S. executives said they were investing in sales enablement technologies to improve sales productivity. Additionally, more than half of respondents said they were investing in analytics and CRM. When it comes to marketing, technology rules.

Cross-Device Targeting High in Demand, but Implementation Still Has a Way to Go

Speaking of omni-channel marketing, it’s obvious that buyers and sellers alike see the value in reaching audiences across multiple screens. While the benefit of reaching more people through cross0device targeting is clear, achieving that objective isn’t always easy.

“There’s a lot of conversation around whether or not we are going to get to a single identifier that’s going to be the holy grail of connecting a person across all devices and channels,” said Pete LaFond, vice president of marketing at programmatic advertising and audience targeting platform TruSignal. “I don’t think we’re necessarily any closer to having a unique identifier.”

So what has changed or is changing for cross-device targeting? First, understanding the audience from a cross-device perspective has become a primary focus for brands and publishers. Many cite first-party data as the key to succeeding with cross-device targeting and that is leading both to invest more in tools like data management platforms.

Consumer privacy and data concerns continue to be top of mind, and that needs to play a big role in how marketers manage cross-device campaigns and messaging. 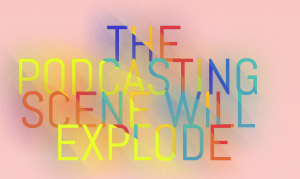 Right now, radio dominates audio programming with terrestrial radio accounting for 52 percent of all audio consumption, and satellite accounting for another eight percent.

In spite of this dominance, the user experience with traditional radio programming isn’t always all that great. If any industry is ripe for disruption, it’s radio. And that’s where podcasting comes in.

Predicting the rise of podcasting is a tale as old as the industry itself. In fact, after 10 years, podcasting still only accounts for two percent of all audio consumed. Here are three factors that are predicted to push podcasting into the mainstream:

Better experience. One of the few good things about radio is that when you get into a car, “it just works.” But now that mobile phones seamlessly connect to Bluetooth-enabled cars without any fuss, radio’s advantage is diminished. Also, a new wave of podcasting apps have given consumers more playback options, which helps foster further innovation.

Better content. As the podcast “Serial” generated 2.2 million downloads per episode at the end of last year, “What’s your favorite podcast?” became a popular topic. Much like Netflix has done with consumer adoption of streaming video this has driven networks like Gimlet and Panoply to create even better quality shows. Expect to see more of that for sure.

Better revenue. Podcasts typically command a relatively intelligent, moderately affluent audience. For advertisers, this audience is an attractive one. As such, even medium-sized podcasts can now command a $20-$50 CPM for a 60-second spot. (Most radio is less than $2-$10 CPM.) Among the many reasons for this: quality of the content, intimacy of the ads and, as mentioned, desirability of the audience.

Podcasting is now poised to finally grab that aging radio audience. With superior programming delivered in a better experience, at less cost, there’s no reason that podcasting can’t overtake satellite radio. Experts predict this will happen surprisingly fast—what do you think? Are you a consumer of podcast content?

By 2019, 72 percent of U.S. internet users will use over-the-top (OTT) video services. Such high penetration suggests saturation, but for many players in the market there is still significant room for growth.

As highlighted in a new eMarketer report, “Q4 2015 State of Video: Monetization, Audience, Platforms and Content,” by 2019, well over 89 percent of U.S. digital video viewers will watch via OTT services. The small percentage of viewers who do not use OTT services watch via broadcast or cable networks’ authenticated apps or sites.

eMarketer’s breakout of U.S. OTT users by service indicates that YouTube is prevalent, with a more than 94% penetration rate throughout the forecast period. If my kids’ preferences are any indication, YouTube rules. While there is little room left for YouTube to grow beyond this near saturation point, other leading services are predicted to grow significantly over the coming years. Netflix is expected to increase its user base to almost 72 percent in 2019, Amazon to grow to in excess of 44 percent, and Hulu is predicted to get to over 41 percent. These rates indicate that U.S. OTT usage is on a sharp growth curve, even factoring YouTube out of the equation. We consume a ton of OTT video in our house—with Netflix, Hulu, Amazon, YouTube, and SpikeTV, who has a reason to watch (or need for) regular TV? 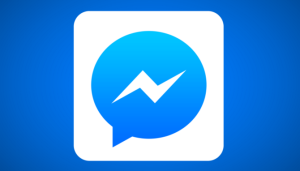 It’s no news to anyone anywhere, according to the latest from Nielsen, Facebook continues to hold the number one position as the top app installed on U.S. smartphones based on the average number of unique users. But it’s Facebook’s Messenger—a mobile messaging application—that has claimed the title of fastest-growing app of 2015.

In 2015 Messenger grew more than any other app, with a 31 percent increase in users over the prior year. The question now is whether or not Facebook can do the same for its next most-promising creation, the private photo-sharing app Moments which is now replacing photo-syncing on Facebook’s social network.

Also in the running for fastest-growing app was Apple Music, which saw a 26 percent year-over-year climb. A bit of different situation from Messenger, given that Apple’s streaming music service only launched this June.

This week, Facebook announced an update to its iOS app that gives users in 10 major U.S. cities the ability to browse through Facebook Events in their location. Within the new discovery feature, in the Events dashboard, people will see events sorted by categories such as music, food and drink, nightlife, and sports and fitness. They will also be able to switch locations to check out events in other cities.

“We have a good sense of how people look for things to do,” Facebook product manager Aditya Koolwal told Wired last month. “The social signals we have, the friends who are interested in going, the friends you can potentially go with—that’s our bread and butter, so we’re going to try and take advantage of that as much as we possibly can as we roll out more discovery features.” Very interesting. Especially as it relates to local search and its importance for small to midsize businesses. 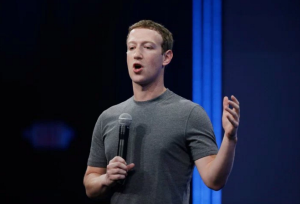 Last October, Facebook promised it would make changes to its real name policy after a number of false account flagging incidents led to the suspension of LGBTQ members’ pages.

While Facebook is not getting rid of its real names policy, it is starting to test new tools to improve the policy in order for it to work better “for everyone, especially for communities who are marginalized or face discrimination,” Facebook VP of Global Operations Justin Osofsky and Product Manager Todd Gage wrote on Facebook’s blog.

Facebook’s new reporting process puts the onus on the reporting party, requiring more information and context to be provided around why a report is being made. This is change from the previous process, which used to happen with just the click of a button.

Facebook is also testing a new tool which allows people to defend and verify their name if someone else flags it. As a result, if your account is flagged, you’ll have a week to be able to describe your situation before Facebook suspends your account. 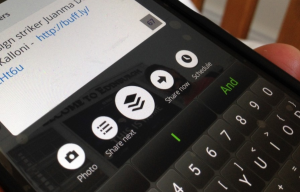 As Buffer Co-Founder and COO Leo Widrich explained to VentureBeat, this expansion of their product offering has been something they’ve been focused on for awhile, saying “We’d love to build out Respond as the essential social media and customer service monitoring tool that’s also affordable to a large customer base, similar to what we’ve done with Buffer itself.”

The move by Buffer is particularly notable at a time when bigger social platforms are diving into the customer service realm. Facebook is promoting its Messenger app as a platform for businesses, and the vision is very much to be the default support tool connecting customers with companies.

If Santa Was a Woman, Could She Do the Job?