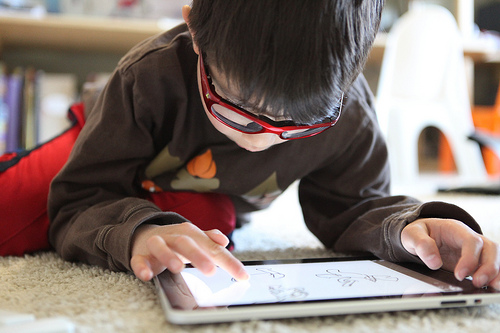 Millennials might be the hot topic du jour, but I’m interested in Gen Z, the generation following on the heels of the Millennials, and what kind of consumers (and what kind of spending habits) we’re seeing from them. I also have 9 ½ year-old-twins, so this is a topic I’m pretty immersed in.

Let’s back up—Generation Z is the cohort born after the Millennials. Though there’s no firm agreement on where to draw the line when it comes to their ages—some say the oldest young people who are part of Generation Z were born in the mid-90s, and the youngest are those born today. For our purposes though, let’s think about the core window of the Generation Z cohort, kids aged nine to 15.

Regardless of where you draw the line, it’s important to start thinking about this generation. For one, unless you’re just about to retire (and honestly, who actually retires anymore?) you’ll be working with them before you know it.

If you’re a marketer, you also need to start to understand Gen Z and the forces that make them buy, because we’re looking at a big demographic shift, and a huge contingent of young consumers. Huge, as in, a full quarter of the population of the U.S., who, by the year 2020 will make up 40 percent of consumers in this country—this generation is so big, they’ve been called a “demographic tsunami.”

Of course, while this group is still so young, it’s hard to know what kind of adult consumers they’ll be. But the fact is, they already have massive purchasing power.

So what kind of consumers are Generation Z? Here are a few insights:

These kids may need to be nagged to do their school work when they get home, but when it comes to the items they’re interested in owning, they’re all about homework. According to research by the Intelligence Group reported by MediaPost, “More than half of the segment was found to do online product research before buying.” What about what happens in your house? My kids go straight to YouTube or Google for information on anything that catches their attention—if you have kids in the same age group, do you see that behavior as well?

What does that mean for marketers? The biggest lesson is that search will continue to dominate marketing strategies in terms of effectiveness, especially for this particular market segment. If your marketing plans don’t contain a robust search strategy that takes advantage of the questions these little consumers ask as they research the next product they want mom and dad to buy for them, then you’ll be missing out on one of the richest ways to connect with these tweens and teens at a moment that falls right as they’re preparing to buy (or, at least, as they’re preparing to compel their parents to buy). Even more importantly, marketers need to understand the importance of app usage by this demographic and factor in-app advertising into their overall strategies as well.

Even when this cohort was as young as seven years old, they preferred gadgets to toys. So the push for smartphones, Apple watches, and the like may begin at a much younger age than you think—or at least, younger than you may think if you don’t interact with kids in this generation very often. I can’t tell you how many kids in this age group notice my Apple watch and remark about it—longingly. If you know or have some Gen Z kids of your own, you know what I’m talking about. They are all about gadgets and are extremely comfortable using them.

This drive toward tech is, to a great degree, fueled by parents. I know I’ve largely been responsible for my kids’ adoption of technology at a young age. Whether early Leapfrog devices, Wiis, smartphones, tablets, laptops, robots, coding kits, the list goes on, these kids have had devices in hand since their earliest years. And they are very much products of their environments.

The thing to remember is this is a generation that’s not just connected, they’re over-connected. They multitask on a plethora of screens at nearly all times—you can virtually guarantee they have a phone in their hands even as they’re watching TV, tapping away on a laptop, and perhaps even thumbing a handheld game at the same time. At their worst, they’re the zombies you see following their parents through a store, staring at the screen in front of them, bumping into obstacles (and people) they never look up long enough to notice. But at their best, they go beyond digital natives—these kids have been digital since they were in diapers.

They Need to be Heard

Many pontificators are starting to suggest that Gen Z is superior to the previous generation in that they grew up in a less idealized, post-9/11 world colored through Great Recession-tinged glasses. As a result, Generation Z is spoken of as perhaps being less narcissistic than their Millennial counterparts. I loath lumping people into categories based on age and will never bash another generation, so I won’t go there. In my experience, these kids, like the generation before them, expect to have their voices heard, in a number of ways. They are also very adept when it comes to content creation of all kinds. Something marketers would do well to take note of.

This cohort, like their older Millennial pals, also like to be involved when it comes to product development. About a quarter of the segment studied by the Intelligence Group said they want a say in product development. Nearly a third want to actually customize their own products, and 60 percent said they want customized products even if they themselves don’t get to do the actual customizing. This has huge implications, and not just for marketers. Think about your messaging. Are you speaking to a unique user, and customizing the experience that user has with your brand, product, or offering? If not, rethink that.

They Have Their Own Ad Preferences

Some of the best ads in history rely on sentimentality to sell. And while many say Gen Z is an idealistic set—they also appear to be very interested in earning a “ton of money”. As such, sentimentality isn’t the way to get their attention with advertising. Inspire them. Intrigue them. Teach them. And you also want to make them laugh. Think less Marlboro Man and more GloZell.

If you’re still caught up in trying to figure out how to communicate with Millennials, you’re already behind. Remember, some Millennials are already in their mid-30s. It’s time to start paying attention to what we already know about the generation that’s coming up next. We know a lot about Generation Z’s buying habits, personalities, and preferences, and more useful information is sure to come. If you’re a marketer, having this group on your radar screen only makes sense.

This article was originally seen on The Marketing Scope.