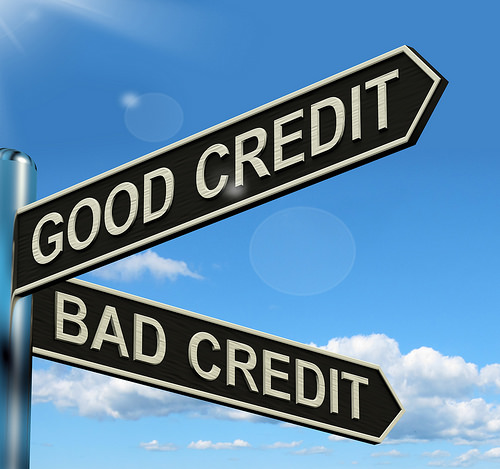 The Chinese government recently put into motion plans to assign every single one of its citizens a credit score utilizing big data. On its own, this isn’t that big of a deal—what is a big deal is why many are calling it a “social credit” system: The parameters that determine a citizen’s credit score aren’t entirely based on fiscal measures, but also lifestyle choices, such as whether or not you buy video games, voice political dissent, or associate with people that participate in these and a myriad of other activities. I’m sure George Orwell has rolled over in his grave a couple times in the last few years, but this is the type of move that makes me imagine him doing 360’s in his coffin like a rotisserie chicken.

While this system is still in a pilot phase and has yet to be adopted by the Chinese government, Sesame Credit, which is the financial side of Alibaba (basically China’s version of Amazon, as well as the world’s largest online shopping platform), and Tencent, the company that runs most of China’s social media outlets, are testing out its pilot iteration. If all goes as planned, all of China’s 1.3 billion citizens will have a social credit score ranking by 2020 that utilizes all that big data has to offer, i.e. electronic purchase history and activity on social media.

One of the more interesting components of this credit score is that it is publicly available to anybody, and users are being encouraged to share their credit scores with their friends via a gamified Sesame app. To top that, Baihe, China’s largest matchmaking service, has actually teamed up with Sesame so that they may feature clients with better credit scores on their website more prominently. The BBC quotes Zhuan Yirong, vice-president of Baihe, as saying “a person’s appearance is very important… but it’s more important to be able to make a living. Your partner’s fortune guarantees a comfortable life.” Other incentives for high credit score-ers include VIP treatment from hotel and car companies.

Due to the political and controlling nature of the system, the ACLU has stated that these citizen scores “nightmarish” and a “warning for Americans,” though many reports have failed to mention that even the Chinese government isn’t so sure that they agree with Sesame’s marketing gimmicks that encourage credit score sharing.

“Sesame Score is like a clever but naughty boy,” says senior vice president at Wells Fargo & Co., John Wang. “He might grow up to be a very successful man or he might end up being a criminal.”

Either way, the very thought of wielding an overabundance of data in such a manner should spur everybody in the tech sector to revisit their thoughts on ethical Big Data use. Many of Sesame’s and Tencent’s users are unaware that they’re being rated by the company at all. Both company’s response? That it’s a voluntary system that users can opt out of.

Unfortunately, shadow volunteerism isn’t a uniquely Chinese enterprise. While your Facebook profile is definitely not your credit score, nor is it mandatory in the legal sense of the word, many of FB’s users are completely unaware that the company is now capable of identifying you in pictures without seeing your face. Couple that with recent, clandestine, and ethically questionable initiatives implemented by our own police forces and government bodies and you have to ask yourself the question: Could this happen in the Western world?

With about 25 internet connected devices per person in the US that currently track purchasing history and geographic data, it’s pretty clear that the infrastructure is already there. Matt Schulz, the senior analyst at CreditCards.com confirmed in an interview with CBS that “many businesses in the U.S. are trying to come up with ways to use everything from rent payment histories to social media profiles to determine the creditworthiness of someone with thin or no credit… however, those plans are very much in their infancy and may never have much of an impact… we’re a long way from your Facebook profile being factored into mainstream credit scoring.”

While it’s comforting to know that our Western businesses and governments aren’t anywhere near utilizing social media profiles to determine credit score, it’s disturbing to know that they are thinking about it.

Don’t get me wrong—big data can be and is being utilized to meet wonderful ends, such as enhancing public health and creating emergency action plans—but we must tread lightly on this slippery slope because, in reality, the Western world is not that many steps behind China when it comes to our ability to adopt a similar social credit system.

Keeping up with big data and the ethics surrounding how it’s being used is paramount to the preservation of democracy—because some day, it may just be your voice that makes the difference between an ethical big data landscape and some semblance of an Orwellian nightmare.

Andrew Heikkila is a writer from Boise, ID. He likes to cover tech and cybersecurity topics and considers both relevant to many Millennial-centric issues. He’s currently debating whether or not he spends too much time playing video games. Connect with Andrew on Twitter or on Facebook.