It is November. People are putting Christmas Decorations up. Before Thanksgiving even. Oh, and our team won the World Series, in case we are not (yet) Facebook friends and you missed my incessant posting of photos from the parade we had in Kansas City last Tuesday. I have never been more exhausted (and in need of detox) than I have been from this October baseball business, but man, has it ever been fun. Okay, enough gloating, here are the things we think you might want to know this week.

Most loyalty program members are clear about what they want from loyalty programs: free stuff. That seems to be very much the case when it comes to Amazon Prime.

Even though it includes much more than free two day shipping, the overwhelming majority (78 percent) of Prime Members are in it for the free two-day shipping according to a September 2015 survey by RBC Capital Markets. That figure has actually increased somewhat over the past two years. Fewer than 10 percent of Prime members reported they signed up because of streaming video and just 1 percent because of the Kindle Lending Library. Speaking personally, for me it’s the convenience and the ease of the shopping experience, plus free shipping. But we use the video streaming all the time and Prime TV is one of the best purchases I ever made. What’s your attraction to Amazon Prime?

Loyalty marketing research and education practice Colloquy surveyed U.S. adult Internet users who were loyalty program members and found that more than 50 percent of respondents joined a program in the last year because they were able to earn points or miles on their purchase. Nearly as many had received a product or service offer.

Once users joined a loyalty program, 81 percent continued to participate because it was easy to understand and 75 percent stayed because the rewards and offers were relevant to them.

Colloquy reported significant differences in what was important to Millennials versus other age groups. Millennials tended to respond well to status-oriented and other nonmonetary loyalty rewards, like having early access to products or other special perks. The rest? They just wanted to save money. Interesting, especially if you’re developing loyalty programs with Millennials in mind.

This week cloud storage company Dropbox announced the launch of Dropbox Enterprise, a tier of service that builds on Dropbox Business and is aimed at large enterprises. New features of Dropbox Enterprise include domain management, Collaboration Insights, premium integration and development support, deployment support, and user training, with an assigned success manager.

One of the things DropBox touts as a big benefit is its Collaboration Insights feature. This allows an enterprise to generate reports that show what kind of external with suppliers, partners, and customers is going on. That makes me wonder if it’s a step toward a more secure enterprise and an IT team being more dialed into what kind of sharing is happening and having that happen in a more controlled environment than the wild, wild west of sharing that’s likely happening now. 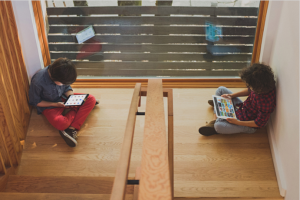 Disney is apparently set on edging closer into families lives with the launch of a device called Circle of Disney, that is intended to help manage online usage and apps. Plenty of other such tools exist, but perhaps Disney is banking on its connection to parents when their kids are young and hoping to capitalize on that. Quite likely what is more important to the folks at Disney is the data that will come as a result, including insights into usage and history.

The device works in conjuction with an iOS app and purports to offer parents a holistic view of their home network and devices, and doesn’t have to be plugged into a router or serve as a replacement for your current router. Instead, the small device works wirelessly and can be charged via a power cord or via microUSB. A charge keeps the device online for a couple of days. Everything you do via Circle is managed through an iOS application. This is smart, and definitely attractive for non-technical parents. Although with Millennials now having their first and second children, I would venture a guess that the non-technical parent pool is getting a whole lot smaller.

The Circle With Disney hardware device is $99 and is the first product in what Circle Media hopes will be a suite of hardware and software products for connected families in the future. Amazon Fire needs to do this, as does Apple TV. What do you think? 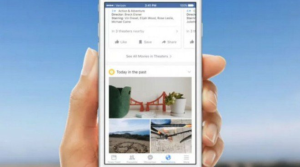 Facebook introduced a major upgrade of the Facebook notifications tab in its mobile app. That includes a personalized news feed, including some of the best widgets from the sidebar on desktop and offering notifications that are easy to navigate.

The Facebook notifications tab will still show you what’s going on in your Facebook feed along with current movies playing nearby, upcoming events, nearby businesses and restaurants. You will receive local news and weather updates. Smart.

Each Reminder will appear in the form of a card, telling you if a public figure or a celebrity, whose page you’ve liked, is appearing at an event or if your favorite sports team has a game upcoming.

According to Facebook product manager Keith Peiris,“With this update, your current notification settings will not change, and you can adjust those any time in your Settings. You can also customize the info you see by tapping the arrow to the right of each card, or ‘Add More Cards’ at the bottom of the tab.”

The new personalized options are gradually being rolled out to iOS and Android users of the Facebook app in the United States. No word on if or when the feature will become available to international users. This reminds me a lot of the Google Now app, and this move by The Facebook is not at all surprising.

Just as looking up something on the Internet became “Googling it,” Facebook’s “Like” button is firmly entrenched in our society. As such, it’s no surprise that Twitter this week replaced its ‘favorite’ button with a ‘like’ button. As part of the change, the star icon associated with favorites has been replaced with a heart icon, just like on Facebook’s social photo sharing app Instagram. Familiarity makes for more well-adopted user experiences, so this totally makes sense.

According to Twitter product manager Akarshan Kumar: “We want to make Twitter easier and more rewarding to use, and we know that at times the star could be confusing, especially to newcomers. You might like a lot of things, but not everything can be your favorite. The heart…is a universal symbol that resonates across languages, cultures, and time zones. The heart is more expressive, enabling you to convey a range of emotions and easily connect with people. And in our tests, we found that people loved it.”

With a Like button, Twitter is giving users a new way to express themselves. As Twitter’s Kumar mentioned, the company’s now-retired Favorite button was very specific in nature, something that probably limited its use. A Like button is more versatile and it’s clear that Twitter hopes that the new button will encourage users to engage with content more frequently.

The company’s decision to launch a Like button is as clear an attempt as any to make Twitter more appealing to the mainstream (and more like Facebook and Instagram), which many believe is crucial to Twitter’s long-term viability as a marketing platform. 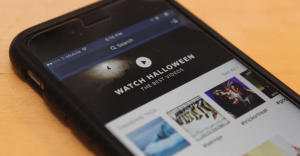 Instagram has launched a new video channel that will feature curated photos and videos from users focused around specific events. Available through the app’s Explore tab, the feature looks similar to Twitter’s Moment offering, or even Snapchat.

When viewed, it will showcase the “best videos” that users have posted on the service. It’s said that an editorial team at Instagram will play a part in choosing what’s featured. You can cycle through different video clips (they auto-play), and if you’re interested in the creator of that piece of content, you can tap on their username and go directly to their profile or to that post.

Two years ago, Instagram debuted its video capability to the world, allowing users to assemble 15-second clips that rivaled Vine and other competitors. With Instagram videos, users can now take a video, apply a filter, and share it with the world. This new channel will give some of the best of those videos an even better chance of being discovered while encouraging users to discover new feeds to follow.

My dog crying for her buddy