Here’s hoping our friends in the U.S. had a nice Thanksgiving holiday weekend – it’s quite possibly my favorite of all. In fact, pulling my head (and body) out of the too much cooking, food, sweets, wine, etc., fog has not been easy. I’m grateful every day for the many blessings in my life, both personal and professional, and if you’re reading this, I’m grateful for you as well. Enough sappiness—let’s get straight to the stuff we think you might want to know about this week.

U.S. marketers surveyed in a July 2015 study by Workfront and The Harris Poll found almost 66 percent of those surveyed said the only thing impeding their work more than excessive email was inefficient meetings.

Nearly 50 percent of respondents said excessive oversight, including needing too many approvals, and lack of support for standard operating procedures were also a major obstacle in getting work done.

Frustration with email doesn’t come as much of a surprise since July 2015 research from Adobe found that U.S. business executives spend an average of 3.2 hours each weekday checking work email. And they also spend almost as much time, an average of 3.1 hours a day, checking personal email. Sick of email, do what we did and switch to Slack. We love it. 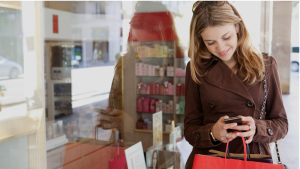 In-store marketing company Point Inside recently launched a search marketing program for retailer apps called “StoreBoost” which enables retailers to promote specific products or brands in auto-complete or to the top of search results within their apps.

Retailers can use StoreBoost to promote anything they want including house ads or third party content and information, but the service is most interesting as a paid-search platform to enable retailers to monetize in-app search.

Point Inside says that StoreBoost can be customized for each individual store’s inventory and products. The new offering is a component of Point Inside’s existing StoreMode Platform. StoreMode enables retailer apps to deliver product-inventory search, product locators, shopping lists and in-store mapping. Very smart. I can’t wait to see this in action.

According to research by Skyhook Wireless, U.S. mobile app users are more likely to turn on location services for weather apps than for any other category. With that said, even when the utility of enabling location-sharing for weather apps is obvious, 35 percent of app users refuse to do so.

For other app categories, the percentage of users who enabled location services was even lower, dropping to 16 percent for news apps, which is another category where specifying location would seem useful especially in bringing users local stories.

According to Mike Schneider, VP marketing at Skyhook Wireless, “normal, everyday users looking to get value out of an app often don’t understand what they’re getting out of location services.” Users have to understand the value of what they will get in return before agreeing to share their location data. Translated: people aren’t yet comfortable giving up their privacy as it relates to their location in exchange for much – sometimes even as it relates to the weather.

Digital wallet usage is growing, but according to research by Market Force Information, fewer customers are using digital wallets to make payments or send money. More common is the use of a digital wallet for storing loyalty cards or using it to tap to pay. In 2014, 33 percent of respondents said they stored a loyalty card using their digital wallet. In 2015, that percentage increased by nine points. No doubt security concerns play a role, as does a lack of incentive for adoption and use. We’ll no doubt see how this progresses.

New Networking Protocol Developed That is 100 Times Faster Than WiFi

Wi-Fi has been great for years, but it’s already being overtaken in 5G tests. But just when you think networks can’t get any faster, LiFi is 100 times faster and it’s more secure too. LiFi uses light to transmit data rather than Wi-Fi’s radiowaves. Although this was not long ago in testing phases, it’s already set to be deployed publicly. By using visible light to transmit data LiFi is able to increase bandwidth by 100 times which means you could download 18 movies at 1.5GB each, in one second. According to lab tests, a LiFi connection could theoretically transmit up to 224 gigbits per second. In real world tests, scientists have reportedly managed to achieve 1GB per second in data transmission speed. Makes you a little giddy just thinking about it, doesn’t it?

It looks like Wi-Fi may not be going away anytime soon. LiFi’s creators admit that with Wi-Fi so deeply entrenched, replacing it completely would be unrealistic. Instead they’re working on ways to retrofit it to current systems.

According to a new eMarketer report, by the end of the year, 75 percent of smartphone users worldwide will use an over-the-top (OTT) mobile messaging app at least once a month. With this ever-increasing use of messaging apps, the number of messages sent annually is expected to surpass other forms of digital messages.

According to Juniper Research, more than 94 trillion digital messages will be sent worldwide this year, including email, IM, MMS, SMS and social media. While email is expected to account for the largest share of messages, Juniper expects that this will tip in favor of IM next year.

It’s really too early to rank the leading messaging apps by revenue, as some have not yet attempted to monetize. WeChat and Line are often looked at as role models for successfully tapping into a combination of sources to generate revenue. For now, the sales of games and emoji/sticker packs in particular, have been important drivers of revenue for both companies. WeChat’s ability to become a shopping hub has some believing that commerce and fees for other services will be more lucrative. Facebook continues to evolve its Messenger platform, recently adding the ability for users to send and receive money and more changes are on the horizon. 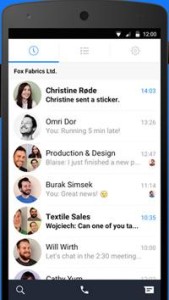 Social network giant Facebook has just rolled out “Work Chat,” a new messaging app that is supposed to complement Facebook at Work. This new initiative comes as Facebook is trying to leverage for new growth opportunities and, as mentioned above, messaging and business appear to fit the bill.

eMarketer reports that more than 1.4 billion consumers will use mobile messaging apps this year, which will represent just over a 31 percent increase in usage rates, year-over-year.

WhatsApp and Facebook Messenger are the leading messaging apps. In fact, comScore recently reported Facebook Messenger surpassing Google’s YouTube app in popularity for the first time, with a 59.5% reach versus YouTube’s 59.3% share—no small feat to be sure.

A new survey by Facebook IQ reveals some interesting insights about how different demographic groups are responding to videos posted on the site. According to the study, users who identify as U.S. Hispanic, African-American, or Asian-American are 1.3 times more likely than the average user to say that video helps them stay connected with their culture.

Some of the key findings include:

In addition to the finding above, Facebook has offered some helpful of advice for marketers. To start, create mobile-friendly videos. Considering a large number of multicultural respondents say they use phones to view videos, this is particularly good advice. In a no-brainer move, Facebook also advises the creation of culturally relevant content that resonates with a multicultural audience. 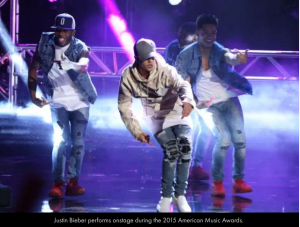 In an attempt to encourage more user-generated content, Snapchat is expanding its Live Stories feature as part of an app update this week. The main objective is that when multiple people upload content of the same real-life event, Snapchat was typically showing just one of those videos from just one angle. Now with the introduction of Story Explorer, users can swipe when watching a Live Story post to see different angles of the same moment.

Want to know more about how that works? Here’s a YouTube video Snapchat created to help explain how Story Explorer works.

Miscellaneous
Turkeys have gotten ridiculously large since the 1940s