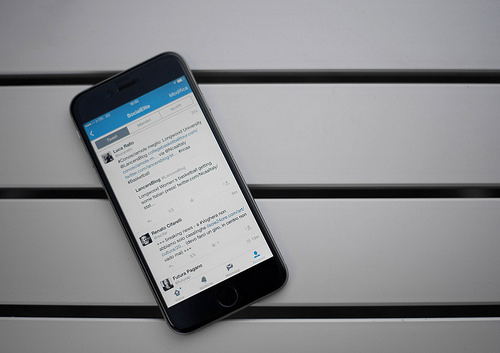 Well, this week we were all blessed by Shelly’s Facebook and Twitter reports updating us on her trip to Guatemala. Sponsored children got to meet their sponsors, local families welcomed the Unbound team and bloggers with open arms and much joy, presents were exchanged, eyes were opened, and many tears were shed.

It truly was an inspiration following Shelly’s journey, and gaining some valuable perspective when it come stop “how the other half live.” We really are spoiled, and while we like to make jokes about “first world problems,” the reality is many people in this world struggle to survive, feed their families, and raise and (God willing) educate their children on next to nothing.

If you can help this worthy organization, click the link above, and consider sponsoring a child and helping a family. It really is the gift that keeps on giving.

On that note, let’s catch up on what happened over the past seven days or so in the world of digital marketing and technology. Here is the latest edition of “Things You Need To Know This Week.”

Hold up now, don’t panic! The only reason this growth rate is stalling is because mobile has virtually 100% saturated the market. According to eMarketer forecasting director Monica Peart, “As the data shows, a large majority of American adults are already using mobile devices. This means there will be fewer new smartphone and tablet users added each year.”

Even with the slowing growth rate, mobile is the only major medium that will show an increase in time spent viewing this year and next according to eMarketer. Video consumption as a whole, across all channels, will hold around the current level which tends to suggest consumers are swapping TV time for digital video time.

According to a recent study by Wristly, 80 percent of Apple Watch owners are using Apple Pay. That’s 5 times the rate of Apple Pay usage among all iPhone owners, and it seems the convenience of having your device conveniently on your wrist plays a part in this usage. Twenty-five of respondents who had used Apple Pay said they tried it first on their Apple Watch. Most people who use Apple Pay do so for everyday type purchases like their morning coffee, or a quick run to the grocery store.

Those respondents who had not tried Apple Pay said they were open to it with 29 percent citing the main obstacle holding them back was lack of support from their bank.

Browsing on Smartphones On The Rise, Desktops Still Tops For Buying

However, while mobile browsing rates are growing, mobile purchase rates are not. I shop online all the time, and I have never, not once, made a purchase using my iPhone. And, interestingly enough, not only do smartphones account for relatively few orders compared to traffic numbers, when people do order using mobile, the average order value is lower when done on a smartphone compared to a PC.

According to a recent emarketer.com piece, retailers are reaping the benefits of beacons, and helping them track and understand their customers’ buying journeys.

Retailers have also bee quick to adopt IoT apps and devices, and, while beacons are rare still (according to Retail TouchPoints, only 29 percent of retailers worldwide had implemented beacon technology in their stores), those that are using them report a high level of satisfaction with the product.

Those who had implemented beacons in-store cited a number of benefits from the technology including the ability to track how consumers moved through their store and selected items for purchase. A majority also believed beacons made shoppers more engaged in stores, and helped them to create better, more relevant offers.

Whelp, thenextweb.com is reporting that Verizon, after successfully completing its acquisition of AOL earlier this year, will now begin sharing customers’ personal data with AOL, for the purpose of ad targeting. The company will then use that data, including users’ gender, age, location and browsing habits, to build an accurate profile of each person and target them with specific ads. AOL’s ad network is represented on 40 percent of live websites, which translates to a lot of targeted ads.

“It’s a questionable move, mainly because of the level of tracking involved and the fact it’s unencrypted. That means it’s potentially open to interception from both hackers and even the government. The NSA is one example of an organization that has been known to use Google’s cookies to identify users. There is an option to opt out of using Verizon’s supercookie, which seems advisable at this point in time, but it is automatically turned on by default on all new Verizon phones.” 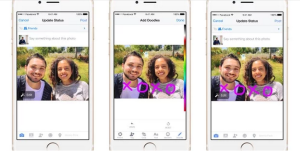 Facebook is bringing Doodle, its method for annotating pictures to its main app. The feature lets you draw on pictures you’ve uploaded to Facebook.

To use Doodle, you upload a picture, click edit, and start drawing. It’s that simple. There’s even a slider that shows up on the right side of the screen to add color to you creations.

This is the first time image annotation has come to the main app. Doodle is reportedly rolling out across both iOS and Android, so be on the lookout for an update.

I dunno. I suppose this could be fun. Sort of. I can’t draw my way out of a wet paper bag, though. I think I’ll ignore and save my FB friends the horror. 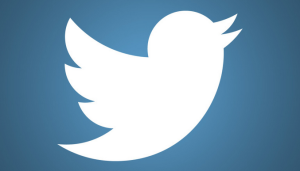 Twitter launched its long awaited curated news product Moments this week, and I think I slept through that one. Seriously, I glaze over now when I see “Twitter” and “changes” in a headline.

In case you missed it, here’s what Moments is: “Moments is entirely focused on helping people find and digest great content and stories, on any topic. This experience reflects many of the same fundamental attributes that make Twitter so powerful for marketers today—reaching an audience of people who are in a mindset to discover new information, ideas, and stories. With the immersive media canvas within Moments, we believe there will be many opportunities for brands to integrate content and stories in the future.”

And, as the almighty dollar rules all, here’s what Moments is set to become, according to a Twitter spokesperson: “Promoted Moments will give brands the opportunity to tell complete stories in the multimedia format, which is especially immersive on mobile devices. They will be tested in a range of topics, including real-time events, seasonally relevant stories and “authentic narratives around a brand’s values.” Promoted Moments will be given prominent placement within the guide of the day’s top Moments and run for 24 hours — similar to the way the Promoted Trend is placed within the Trending Topics list.”

“We’re just beginning to test this with brands — so we expect to learn a lot from these tests and understand how consumers react,” the spokesperson added. “This means things may change. There are so many possibilities for brands here — but we’re starting slowly to ensure we learn from what users like best in this environment.”

These Promoted Moments are set to roll out soon—like, in weeks, not months.

Periscope now has an On Air button you can embed on your website that lets everyone know when you’re broadcasting live. To get the button, enter your Periscope username into Periscope’s button generator, and it creates a code which allows you to place the button onto a webpage.

How to Open a Beer Bottle with Basically Anything