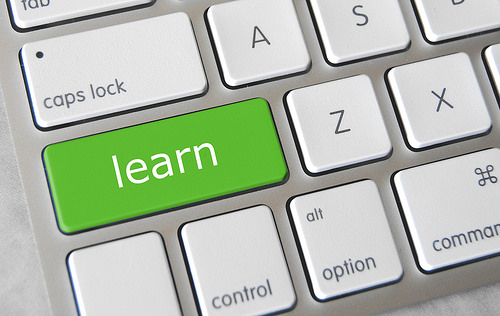 The American workplace is changing at a revolutionary pace and when it comes to the future of work, mentorship will no doubt play an important role.

Half of the full-time workforce is projected to be remote employees working from home either full or part time by 2020. In addition, the average American worker now spends only 4.5 years at one job–and that number is even less for Millennials.

Simply put, there’s a new future of work coming…one that looks significantly different than even a decade ago. Studies show that close to 80 percent of college students and recent grads rank people and culture fit as a top priority, and career potential as a close second.

In that environment, nurturing, inspiring, and developing employees will be even more critical, and mentorship is a key part of the equation. Companies that think carefully about how to foster and create mentorship opportunities will be more likely to retain the very best talent, while letting go of employees that aren’t self-directed and motivated.

Here are a few ways mentorship is changing, and how you can endeavor to modify the thinking within your organization to help embrace the shift:

Be Open About Negotiating How a Mentorship will be Set Up

In the more traditional workplace, a manager or boss would assess where a potential employee might go with their career and provide mentorship accordingly, with a direction that the manager set.

But as Millennial and Generation Z employees navigate career paths that look much different than they did 10 or 20 years ago, they need more options, and they want to be heavily involved. Encouraging them to define their own future skill set and providing them a variety of ways of getting professional development and feedback is critical.

Traditional conceptions of mentorship included the experienced boss and inexperienced employees, whom the boss groomed for promotion. Mentorship was one direction, and the mentee was expected to listen and absorb the mentor’s expertise and experience. As employees are becoming entrepreneurial in nature, this is changing; hierarchies are breaking down, and expected timelines for promotion are shortening.

While it can be unnerving, there are plenty of reasons to welcome this. Brad Feld, who has been an entrepreneur and investor for 20+ years, sees that change as one of the most gratifying parts of his life…

“When I reflect on my best mentors, they are very long term relationships where I hope they’ve now gotten as much from me as I’ve gotten from them. I call this “peer mentoring” and – while it can start as an equal relationship, it’s magical when it evolves from a mentor – mentee relationship.”

The apprenticeship model has always been part of the workplace, but it’s even more critical in the changing environment of remote work and faster, more self-driven career development.

With younger employees expected to get up to speed even more quickly, and without traditional in-office training, one of the things that a smart company can focus on is encouraging a culture where there is more mentorship in smaller bites, and where the model for learning is also a model for teaching.

Rather than lengthy sessions a few times a year or when a crisis arrives, setting up a mini-class with a mentor, for example, can be an effective way to quickly engage employees. Once they’ve acquired the information, having them in turn engage in quick working sessions with their peers fosters a model of continuous learning, and bi-directional mentorship.

Part of the reason so many Millennials look for a work culture fit is that they have a different expectation than previous generations about what role work should play in their lives. Many Millennials are looking for a different kind of relationship, one where their whole identity is embraced, where they are seen and respected for both their work and individual pursuits and passions.

Ultimately, mentorship will not disappear (as some have suggested). Mentorship will most definitely play a role in the future of work; Millennials want mentorship and talk about it often. Mentorship will, however, continue to shift into a mutually-respectful agreement that evolves by way of negotiation between employers and employees about what is important and how an employee’s goals can align with company goals. The monolithic giants will fight it, and lose the battle, while smart, nimble companies will embrace the changes and create an environment where employees not only learn and grow, but stick around to help the company do the same.

Meghan M. Biro is a globally recognized Talent Management and HR Tech brand strategist, analyst, digital catalyst, author and speaker. As founder and CEO of TalentCulture and Co-Founder of the #TChat World of Work Community, she has worked with hundreds of companies, from early-stage ventures to global brands like Microsoft, IBM and Google, helping them recruit and empower stellar talent. Meghan has been a guest on numerous radio shows and online forums, and has been a featured speaker at global conferences. She is a regular contributor at Forbes, Huffington Post, Entrepreneur and several other media outlets. Meghan regularly serves on advisory boards for leading HR and technology brands. Meghan has been voted one of the Top 100 Social Media Power Influencers in 2015 by StatSocial and Forbes, Top 50 Most Valuable Social Media Influencers by General Sentiment, Top 100 on Twitter Business, Leadership, and Tech by Huffington Post, and Top 25 HR Trendsetters by HR Examiner.
This article was originally seen on MillennialCEO Blog.
photo credit: Learn via photopin (license)