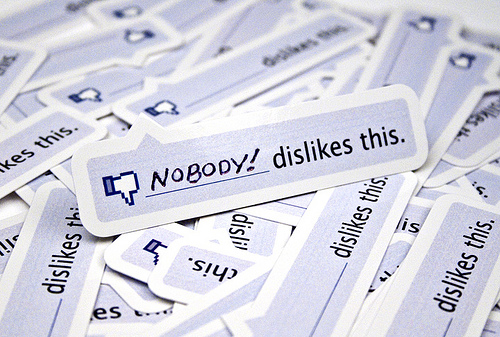 This week has been yet another illustration of why I love this digital space we’re all operating in these days. I’m sure by now you’ve heard the story of Ahmed Mohamed, the poor kid in Texas who was arrested, even handcuffed (???) simply for bringing a homemade clock to school.

I’m going to leave the politics out of this (as the mom of a teenaged son, suffice it to say this story made me RAGE!), instead, I want to focus on the brilliance that is the Internet, and social media. Using humor and satire to skewer the news has been going on since the days of the early Greeks, and, as a form of political expression, is a fixture in practically every culture.

Today, if you spend a lot of time online like most of us in this space do, you see satire and said skewering represented in memes. There are so many smart, funny people out there on the interwebs, and boy, on this story they did NOT disappoint. Within hours the memes were flying! Being Canadian, this one was my absolute favorite—the “…possibly attached to a rocket.” part made me laugh out loud.

Along with the many memes, Facebook and Twitter exploded in support—this bright young man got invited to prestigious events, was offered tours of prestigious universities, heck, he even got a tweet from President Obama.

Why do I love this so much? Because in this digital day and age, when it sometimes feels like people only focus on cyber crime and cyber bullying, it’s nice to see the other side of the fence – cyber SUPPORT. Instant. Classless. Far-reaching. And global.

I hope Ahmed went to bed that night feeling like a superstar. Because one thing’s for sure, the Internet had his back that entire, horrible day.

Ok, enough of me blathering on, I’ll get off my soapbox.

Here is the latest edition of “Things You Need To Know This Week.”

Tablets Tops With Back to School Shoppers

Back to school, it truly IS the most wonderful time of the year for parents, and, according to data from IBM, it’s the most wonderful time of the year for tablets, too! In fact, according to their data, August—with it’s focus on back-to-school-shopping—saw tablets account for 12 percent of total U.S. retail eCommerce traffic, and the same share of total sales. Even though the average sale was lower on tablets than on the desktop, they were higher than on smartphones, which only makes sense to me, because, you know, bigger screens.

IBM also reported equal percentages of sales and traffic for tablets, at 13 percent each, during November and December 2014. Smartphones drove nearly a third of traffic, but less than 10 percent of sales. 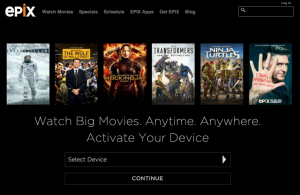 The new feature will work on a wide variety of mobile devices including iPhone, iPad, Android mobile phones and tablets, and Kindle Fire devices. However, EPIX’s offline movie viewing is not something available to over-the-top subscribers, but will be in addition to EPIX’s current offering of “TV Everywhere”-enabled apps.

Since this is only available to pay TV subscribers, it is less compelling than Amazon Instant Video’s new offline support, which better appeals to the cord-cutters.

Though, as techcrunch.com reports, “With spotty cellular coverage and slow public Wi-Fi networks, there are plenty of places where it’s technically possible, but, in practice, very frustrating to try to watch streaming video on mobile devices. You can probably list a good handful of everyday spots where you’ve tried and failed to get a good stream going.”

I think I would rather poke both my eyeballs out with a dull stick than watch anything longer than a three minute video on a mobile device. That said, what do I know? My 16 year old son spends hours watching shows on his smartphone. Much to my data plan’s—and my wallet’s—chagrin.

Baby Boomers Ready to Adopt Wearables to Manage Their Finances

eMarketer research suggests that the majority of baby boomers may be willing to make the technological leap with their investments, and start managing them via wearable devices. And why not? If you’re already connected with your bank and/or broker online via tablet, desktop, and smartphone, the wearables market just seems like the next logical step.

The July 2015 poll found that 40 percent of baby boomers with at least $10,000 in an online brokerage account want to be able to check the markets on a wearable device, a mere three percent ahead of millennial investors. More than three in 10 boomers also said they would use a wearable device to check their portfolio, and 12 percent would check their watchlist.

What I find interesting is this: In every category, boomers were about as likely to be interested in managing funds on wearable devices as millennials. Boomers seem to be just as tapped into the digital side of things—at least where their finances are concerned—as the so-called ‘digital natives’ the millennials. That surprised me. I would have thought there would have been a much larger gap between the two.

Most Apple Watch Users Satisfied with Their Device

Speaking of wearables, I don’t have an Apple watch. And that makes me sad. Maybe Shelly will buy me one for Christmas..? 😉 A girl can dream.

Conducted by 451 Research from July 27 through August 4, the survey focused on overall satisfaction and major likes and dislikes of the Apple Watch as well as its effect on similar products.

“Our latest survey shows the Apple Watch is off to a great start, with high marks in satisfaction and a strong likelihood of recommending it to others,” 451 Research survey research director Andy Golub said in a press release. “The wide range of features on the device and its frequent usage among owners pose a clear threat to health and fitness monitors and traditional watches.”

So, what did they like? Notifications (emails, phone calls, etc.) took top spot at 49 percent, while 41 percent of those asked said they liked the health and fitness monitoring.

On the downside, 37 percent of those polled said the battery life is too short, while 31 percent cited the watch’s reliance on the iPhone as a negative.

Me? I’ll just sit back, and wait for Santa. 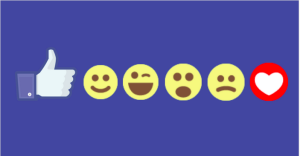 Facebook is Working on an ‘Empathy’ Button, Not a Dislike Button

Media flurry last week aside, in the true spirit of positivity, Mark Zuckerberg said he won’t have a “dislike” button on Facebook because “…we don’t want to turn Facebook into a forum where people are voting up or down on people’s posts. That doesn’t seem like the kind of community we want to create.”

As mentioned, the media went nuts last week reporting on the dislike button that never was to be. The company admits the dislike button has been the most “user requested” Facebook feature over the years, and according to a recent techcrunch.com piece, during a recent live Town Hall Q&A session Zuck did reveal that “the company is building a way for people ‘to express that they understand and that they relate to you’ when you share something sad, such as news of a natural disaster or a death in the family.”

While tech reporters are speculating on what this “empathy button” will be, many are leaning toward a simple sad faced emoji, which “…could give people a universally understandable way to instantly share emotions beyond Likes without overly cluttering its interface. “

Either way, as it stands right now, there is no word on when such a feature will actually be released, or what form it will take.

Where do I go when I’m trying to find out what’s happening in the world of news? Twitter. And I’m not alone in that regard. Most of my journalist friends go there too. Once called “the 21st century newspaper,” Twitter is the go to source for up-to-date and trending global news, and Facebook is definitely taking notice.

On the heels of opening up it’s Mentions app to verified journalists, Facebook this week announced Signal, a free discovery and curation platform that journalists can use to see what’s trending on both Facebook and Instagram (of course, owned by Facebook). Available only for the desktop, its main purpose is to make the news gathering process easier.

According to thenextweb.com, “Signal can be used to see what conversations are popular on Facebook and then monitor what ones are trending and being shared publicly. There’s also a search option that allows journalists to find past posts from both people and Pages. Any information found by a journalist in Signal can then be saved in various ‘collections’ for later use.”

Any information found by a journalist in Signal can then be saved in various ‘collections’ for later use.

If you’re a journalist, and interested, you can request access to Signal, via Facebook. Seeing as my days as a TV producer are behind me, I don’t qualify (sniff). If you have it, I would love to hear what you think about it!

You Can Now Donate Money By Simply Sending a Tweet

Egad, do politicians even NEED more money? Anyhow, if you’re so inclined, and want to throw your hard earned dollars into the race, Twitter and Square have just made it easier for you.

In a nutshell, political campaigns and causes can now apply for the ability to accept donations via tweet, and once they’re set up, they just have to include a $Cashtag (ok, $Cashtag is kind of awesome) in a tweet that offers supporters a donation button, and a prompt to input their credit card information.

For some reason this makes me cranky. That said, we’re heading for a federal election here in Canada, and I’m so bloody tired of all the political chatter. I blame that. 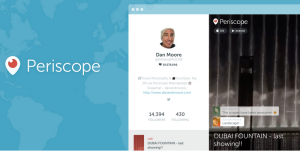 Wait. What? Periscope didn’t have web profiles before? Am I the only one who finds that odd?? Well, anyhow, apparently they do now: Periscope (finally) rolled out web profiles for their users this week.

To view your profile page, simply go to periscope.tv/username (replace “username” with your Periscope handle) to see your profile and recent broadcasts.

In the announcement made on Medium, Periscope said, “We think it’s really important for broadcasters to have a home on the Web, and today’s launch is just the beginning.”

Google Plus Links and Reviews Removed From Google Search Results

In a move that some tech journalists think might be due to accusations that it favors its own properties in search results, Google Plus links and reviews are no longer being included, even in searches for specific business names.

Not only are the links gone, but the star reviews from Google Plus have been stripped from the SERPS as well. However, Google will still return links to Google Plus pages if the intent to find that page was indicated in the query.

There has been no official statement from Google on removing it’s own social network from search results, but whatever the reasons behind this move, it’s a pretty clear indicator that Google+ is on its way out the door.

I’m Not a Princess!