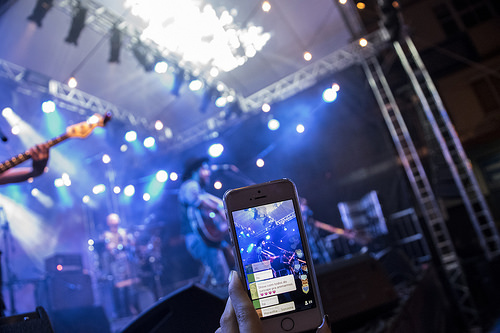 Ok, folks, get your game faces on. It’s back to reality for 99 percent of us—especially if you’re a business owner—as we wrap up the 3rd quarter of 2015 and head into the 4th.

And, as usual, we want to make sure you’re armed with the best digital tech and marketing information. So, grab a coffee, put your feet up, and dig in. Here’s this week’s edition of “Things You Need To Know This Week.”

Move over Millennials, and make room for Generation Z. The latest alphabetized demographic (those born between 1990 and 1999) are starting to enter the work force. In fact, in five short years, your workforce will be 20 percent Gen Z, so you should start thinking now about how you’re going to deal with work-life balance, growth opportunities, job security, and what the work environment at your organization looks like.

Why? Because according to a recent study from Enactus and the Creative Group, they’ve got some pretty lofty expectations.

Here are some stats:

There’s lots more in this infographic. Check it out. 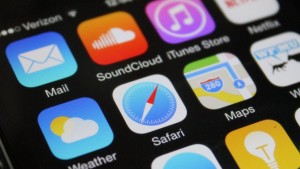 Apple had its fall event in San Francisco this week and besides the introduction of the new iPhone 6S, television made even bigger headlines with Apple announcing that the fourth-generation Apple TV today is coming in October. Unlike previous iterations, the new TV now features voice control, Siri support, and the much-anticipated Apple TV App Store.

Speaking of apps, a report from Flurry confirms what anyone with a teenager already knows: U.S. consumers now spend more time inside apps than they do watching TV.

According to the company’s data, the average U.S. consumer is now spending 198 minutes per day inside apps compared to 168 minutes on TV. That figure doesn’t include time spent inside the actual mobile web browser, which, you know, is also an app! If they added that time into the mix, the time spent on mobile devices would reach 220 minutes or 3 hours, 40 minutes per day.

This tends to bode well for Apple’s focus on entertainment in the living room, and the rumored launch of its TV streaming service. As CEO Tim Cook said, “over 60 percent of paid TV consuming is done through an Apple device. When you experience TV through an app, you realize how much better it can be.” Funny thing – I have both Apple TV and Amazon’s Fire TV and spend way more time using Amazon’s interface than I do Apple’s. The Prime video streaming is part of the reason, and the amazing gaming (also free) is the attraction for my kids – large and small. What happens in your home?

Following up on Tim Cook’s quote above, it appears people are watching their Apple devices – a lot. And though the newest Apple TV hopes to spike a bump in overall sales (which so far have been less than stellar), it’s not all about the Apple TV, but more about the full range of Apple devices people use to consumer digital video.

According to analysis from Adobe, of 1.49 billion TV Everywhere authentications in the first and second quarters of this year, Apple captured almost 62 percent of these viewers in total between the iPad, iPhone, Mac, Apple TV and iPod Touch.

Among the other findings cited in the study: (1) TV Everywhere viewers watch a lot of TV, (2) Connected set-top boxes (from Apple, Amazon, Roku, and others) are stealing share from tablets and smartphones, and (3) these devices are popular among younger viewers (known as Generation Z.) 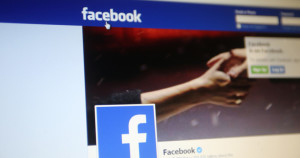 Facebook lagged early on in the focus on mobile but it’s making great inroads in that department. It’s a good thing, because Facebook’s mobile audience far outweighs its desktop audience. One recent change implemented by The Facebook is with a view toward helping businesses owners better interact with their audiences when on mobile devices. Page owners can now start using call-to-action (CTA) buttons on mobile, which have been redesigned with a more prominent placement within a business’s Facebook Page. Along with the new CTA buttons, page owners can also add new sections, such as Shop and Services.

The new Shop section will allow businesses to sell products directly from their Page via the Buy button that was released earlier this year. In addition to these updates, the company also has promised they’re working on a more comprehensive redesign of Facebook pages. Can’t wait to listen to the screaming masses when they roll out the new look. Funny how so many people loathe change. And love to gripe about it.

I’m going to touch on the whole Shop concept in a separate blog post, but if you’re a business thinking about adding this functionality, make sure you do your homework and think this through before embracing. There are some advantages, but also some definite disadvantages to consider. More on that soon.

Twitter Looks to Unify The User Experience Across iOS Devices

Speaking of hating change, Twitter has taken a lot of flack in the past as being averse to change, and way behind when it comes to innovation. I’ve mentioned in past Things to Know posts about the NON-STOP changes happening lately at Twitter, and it seems this trend is going to continue.

Twitter announced this week that it intends on delivering a “more unified” experience across iOS devices, admitting that the current experience is still “very different” on iPhone and iPad. This just seems like a no-brainer to me.

“Now, Twitter apps on these devices will be more consistent regardless of which one you’re using,” according to a company blog post. “Starting today, iPad users will be able to create and see revamped quote Tweets, explore trending topics in search, visit product and place pages, and more.”

Along with Apple’s event introducing a new line-up of devices, there will also be more attention placed on optimizing for iOS 9. “Ultimately, it’s no longer Twitter for iPhone and Twitter for iPad: it’s Twitter for iOS,” the company concluded, “and it will now be optimized for different contexts. That’s a freedom which helps us to make Twitter the best experience it can be for everyone, regardless of device.” Amen. It’s about time.

Finally! Periscope Adds the Option to Broadcast in Landscape Mode 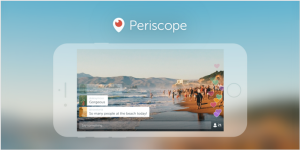 Many folks are pretty passionate in their opposition to vertical video, myself included. Those people should be happy now that the vertical video only option on Twitter’s live-streaming app Periscope has come to an end. The new update supports broadcasting and watching video streams in landscape mode. The new addition makes even more sense, given Periscope’s upcoming Apple TV application.

The Periscope TV app is likely going to focus on letting viewers watch streams. Periscope already rolled out functionality in June that allows you to watch video on the Web, so this would be a natural extension.

This is likely going to help Periscope better compete in the live-streaming space, where competitors like Meerkat have already embraced the Facebook API. In addition, the Periscope app update includes a new “share indication” (the update appears in your home feed when someone you follow shares a broadcast), improved accessibility, and an easier way to toggle chat and hearts on and off during a live broadcast.

Responding to Recent Concerns, YouTube Looking to be More Transparent With Their Advertisers 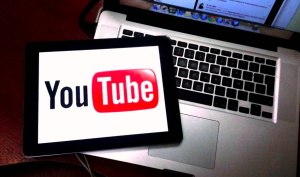 It appears YouTube has been getting its knuckles rapped when it comes to transparency with advertisers. As reported by the Financial Times, brands are becoming increasingly concerned that YouTube isn’t being all that transparent with its reporting. Customers are buying ads but they’re not sure whether those campaigns are actually being seen. YouTube may be getting ready to let brands utilize third-party services to help them determine which ads are actually being seen by their viewers.

Even though Google already offers analytics to advertisers, advertisers are looking for ways to better understand if their ad budgets are being utilized effectively. Instead of just taking YouTube’s word, third-party analytics could offer brands a better look into whether their campaigns need to be adjusted or repositioned.

Sources say that much of this “new flexibility” on YouTube’s part comes from reports that major brands could be scaling back their marketing dollars from YouTube and Facebook due to their prohibition of the use of outside verification on data from media spends. Now that only makes sense. Money talks, and we’re talking about large sums of media spends here.

Get ready, because Instagram’s previously ‘invite only’ advertising party has opened its doors to everyone! In fact, companies of all sizes in over 30 countries can now dial up their advertising and start throwing their money around on the photo sharing app.

While regular Instagram users will still be limited to 15 second videos, advertisers will be able to roll out ads up to 30 seconds in length which, according to Instagram, will allow brands to “engage in richer storytelling.”

According to a recent article on androidcentral.com, “Brands can also take advantage of a new advertising option called Marquee designed to reach a lot of users in a short amount of time. In addition, advertisers will be able to use call to action buttons to further engage users.” I love Instagram, and as a marketer, see its obvious appeal to brands. But as a user, this makes me sad. Flipping marketers. We ruin everything. That said, a platform that’s not designed to make money, can’t survive. This move only makes sense.

A Baby’s Adorable Reaction to the Garage Door Opener

Very Romantic Old Man Waiting for his Wife at the Airport