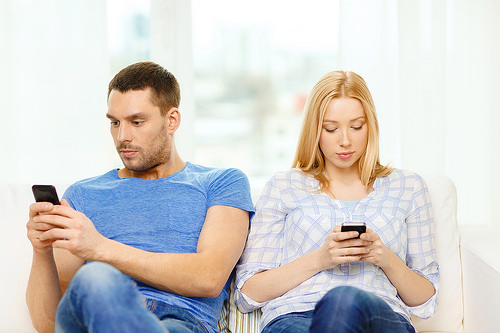 Well, Lindsay can officially stop whining now. I’m back in the saddle after my “working vacation,” and counting the minutes until the kidlets get back to school (don’t judge—I know those of you with kids are ALL counting too!)

This weekend, we wanted to take a look at some of what has happened over the past seven days in the world of tech and digital marketing: Apple music is killing it when it comes to subscriber numbers (did we really think they wouldn’t be?), Target is testing out real-time targeted marketing, and it appears that 15 percent of Americans don’t use the Internet. For shame, people!

Let’s dive right into the latest edition of “Things You Need To Know This Week.”

Consumers Admit They Can’t Stop Staring at Their Screens

My job requires that I sit in front of a screen for a good part of every day. You might, too. Now, based on estimates gathered by eMarketer, we know that American adults will spend five hours, 38 minutes each day consuming digital media on PCs, mobile devices, and other connected smart devices in 2015. For kids? The number’s surely much higher. This accounts for more than a 46 percent share of daily media consumption. Compare that to the declining rate of traditional television consumption, which clocks in at just over four hours a day, or 35 percent of the share.

It appears that screens are just another modern day addiction. And, according to a July 2015 study by YouGov and The Huffington Post, more than half of U.S. Internet users readily admit that they are addicted to their digital devices. When I look around anywhere I go, and all people are doing, even when socializing, is staring at their devices, it tells me that we have a problem. As such, I’m really working hard to be less addicted to my devices, and find myself regularly stowing my phone in a bag more and more these days. Where are you on that front?

Not Everyone is on The Internet 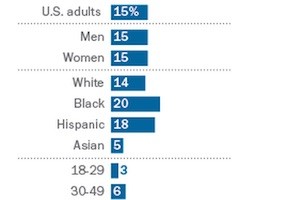 The Internet may be for everyone, but apparently, contrary to appearances, not everyone is on the Internet. In fact, according to a recent report from the Pew Research Center, 15 percent of Americans don’t use the Internet at all. I have people in my family who either never go online, or who rarely do, so this doesn’t surprise me all that much. But I do admit that not using the Internet at all is something I could never do.

That said, the “people not surfing the Web” numbers have been steadily declining since the year 2000 dawned. As of 2010, the number of Americans who have remained offline has decreased from 48 percent to 24 percent.

Not surprisingly, it’s our aging population that’s skewing these numbers, with seniors aged 65 and older making up 38 percent of non-users, compared to just three percent of 18-29-year-olds. My 77-year-old mother-in-law is online multiple times daily—I have, most definitely, rubbed off on her!

The nation’s second largest general merchandiser is staying true to its name (get it?)— Target announced this week that it will start testing beacon technology/real-time targeted marketing in its retail stores nationwide. The test will involve 50 stores to start, and will make it easier for the retail giant to send information about special deals and recommendations directly to consumers’ smartphones. They have provided an “opt in” option, so you won’t be spammed the minute you walk through the doors.

According to Target officials, the beacon technology will work with the latest version of the Target iPhone app on users’ phones that have Bluetooth turned on (Android is in the works) and the company promises it will limit notifications, only pushing two notifications to users per visit.

And there’s good news for retailers thinking about exploring targeted marketing: A recent study by marketing platform provider Swirl revealed that 73 percent of consumers said beacon campaigns increased the likelihood of a purchase during their visit.

Target is initially testing the technology in 50 stores spread across Chicago, Denver, Minneapolis, New York City, Pittsburgh, Portland, San Francisco and Seattle. It will then continue to evolve the service based on consumer feedback and roll it out to other stores later in the year

The Right Spot Critical to Success of Mobile Location-Based Ads

According to a poll conducted by xAd, 80 percent of marketers worldwide use location targeting for mobile advertising. But, the findings also indicated that “location location location” isn’t everything—it’s crucial to hit the right audience members at exactly the right location.

As usual, inaccurate success measurement seems to be the biggest thing holding back increased spending on mobile location targeting. In addition, campaign performance and data accuracy challenges were also cited as concerns.

Local advertising seems to be where most of the ad dollars are flowing, with BIA/Kelsey estimating U.S. mobile location-targeted ad spending will increase 56 percent in 2015 compared with 37 percent growth for national (not location-targeted) placements. However, local ads are still expected to account for a smaller share of total mobile dollars, 37 percent versus 63 percent.

Apple Music Attracts 11 Million Users in Just Over One Month

Apple’s music streaming service is catching up to Spotify, one customer at a time. While Spotify has an impressive 70 million active users, only 20 million people use their paid version. Apple announced this week that they are quickly closing the gap, signing up 11 million subscribers in just over five weeks. Of those 11 million users, two million have signed up for the family plan, which allows up to six users in a family to access the music streaming service at a discounted price. It’ll be interesting to see how many of these 11 million users will stay on and sign up to pay for the service, once the free trial period expires. For me personally, while I’ve dabbled with Apple Music, I’m a long-time paid Spotify user, so I’m not sure I need to make a change.

Pandora, the other big player in the music streaming space, has about 80 million total users. It will be interesting to watch what happens with Apple Music’s growth and the adoption by paid subscribers. 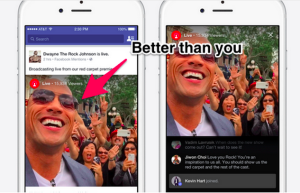 This last week Facebook jumped into the live video streaming race by adding the ability to live stream within the Facebook Mentions app. Unlike leading steaming Periscope and Meerkat, Facebook Mentions is not available to the general public, only “the special people,” those celebs and other public figures who have verified Facebook profiles.

This move has elicited a range of responses from those “non-verified” users who slam Facebook for being elitist to well known tech pundits who take a more analytical approach to explain Facebook’s strategy in limiting live streaming to a select few.

Regardless what you think about Facebook’s move, it’s clear they are paying attention to the rapid adoption of live video streaming apps and how people are engaging within the communities that are forming. I can’t imagine Facebook would not look to roll this out to the larger user base over time, as they build out the infrastructure that can handle the increased server load streaming live video to hundreds of millions of users around the globe will require.

eMarketer has forecast that Instagram will pull in nearly $600 million in ad revenues this year, rising to almost $3 billion in 2017.

Marketers are becoming more interested in Instagram mainly due to studies showing high engagement with both organic marketing and paid ads. The big question is will that continue when more marketers and their ads enter the system?

Contrary to Facebook’s kooky algorithm, one factor that works in Instagram’s favor and which has led to high engagement, is that Instagram users have the potential to see every post from accounts they follow (provided they log in regularly.)

“Organic engagement on a given Instagram post is leaps and bounds above its counterpart on Facebook, on Twitter, on Pinterest, on any of them,” said Victor Pineiro, vice president of social media at digital agency Big Spaceship. “The reasons you’ll get numbers that are so high is that you see every piece of content that you’re subscribed to, and it’s really easy to tap once to ‘like’ something.”

So far, Instagram has taken a slow and careful approach to build out a positive experience for both brands and users. But, we all know what happens when marketers and advertisers get ahold of something. We wreck it!! 😉

Will more and more advertising, especially ads that seem out of place in the Instagram environment, irritate users and lead to less engagement? We’re about to find out. 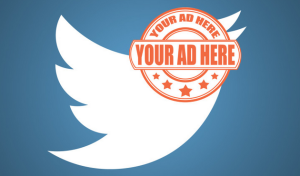 Is it me, or does it feel like Twitter’s…I don’t know…scrambling a bit lately? They sure are making lots of tweaks and changes, and just this week introduced a new feature called Ads Editor, to help advertisers manage multiple campaigns.

Twitter product manager Deepak Rao wrote in a recent blog post, “with ads editor, you can leverage the power of Excel to manage your campaigns at scale. For example, if you’d like to edit your campaign end dates, budgets, and targeting criteria, you can simply download a spreadsheet of the campaigns you’d like to modify and make changes directly in Excel. Then you can upload the updated spreadsheet to apply those changes instantly, with a single click.”

If you’re wondering if you’re one of the select few advertisers who’ve been invited, watch for a notification from ads.twitter.com. The tool will be available to all advertisers over the next few weeks.

Showing clear signs of increased confidence in its ability to tell real humans apart from, as they call them, “sneaky robots,” Google has finally removed the rather odd “301+” static play count for new videos. Via a concise tweet, Google explained the video play count will now show the real-time number of views, instead of stopping the counter at 301+ while its systems verified real-people video views versus bots.

For most people, this is a vanity-metrics move, but not for advertisers—and since YouTube relies on selling advertising based on video views, this change is critical.

I don’t know about you, but I can’t fathom watching hours and hours of randomly chosen Periscope videos, but apparently there’s a call for just that option—and Periscope has answered that call. Introducing, “Couchmode,” a new way to consume live streaming videos.

Currently available for the desktop, Couchmode still displays videos in portrait mode, but adds a small arrow in the top right to forward you along to a new video. You can watch on continuous stream, or add ‘d=30’ to the end of the URL and watch the feed switch every 30 seconds. I can’t imagine anything less interesting—what about you?