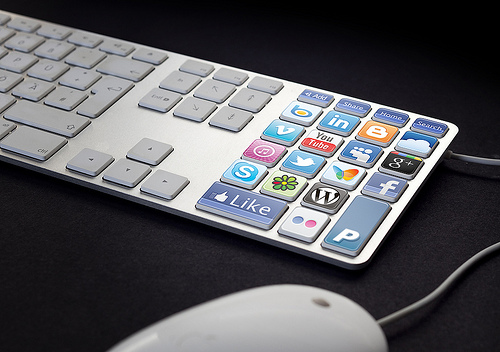 With the Independence Day holiday upon us here in the United States, I keep this short and sweet: Have an awesome weekend!

To go along with your hot dogs and fireworks, here is the latest edition of “Things You Need To Know This Week.”

According to a recent poll conducted by Strata, nearly 70 percent of U.S. based advertising professionals said video was their main campaign focus and most have been pleased with the results.

In a December 2014 study by BrightRoll, 56 percent of respondents cited targeting capabilities as the most valuable digital video advertising feature for their clients.

Nearly 67 percent of ad agency professionals cited targeting viewers based on interest as the most effective tactic for attracting viewers to watch digital video ads. Making ads entertaining came in a distant second.

Conversely, an April 2015 survey by Strata found differing opinions on the viewer side. When asked why they were likely to view digital video ads instead of skipping them, almost 52 percent of viewers were more likely to watch because they were funny. Entertaining ads came in second at just over 45 percent with targeted ads in third place at 33 percent. Not surprising. Marketers focus on what they want (hitting a target), instead of what the customers want, which is to be entertained. Shocker.

According to a March 2015 study by YouGov found that kids had significant influence in household spending decisions.

Children had the most influence in food-related buying decisions. More than 90 percent of parents surveyed said their children influenced which fast-food restaurants they visit. Close behind were sit-down restaurants, dinner foods, and beverages.

Unsurprisingly, bigger-ticket items such as cars, in-home entertainment devices and vacation accommodations were left more to parents, though children did exert more influence in deciding where to vacation.

Regarding what items kids wanted most; nearly 20 percent of parents surveyed said their children had tried to convince them to buy video games and apps, followed by mobile phones, and toys. Other items high on children’s wish lists were apparel, digital devices, pets and entertainment items.

Who Said Traditional Television Was Dying?

My favorite read of the week was sent to me by my friend in the publishing business, who routinely rails against the idea of giving everything, including content, away for free. This was a terrific read. No matter the hype about the age of digital media taking over traditional media, people still spend more time watching television than they do on the Internet, and more time on the Internet is spent watching television. In a period of time which most in media live by the notion that “digital is the future,” traditional television has been in one of its biggest growth periods ever.

The main issue with digital—exactly as my friend opines–is that online media is now drowning in free content. Google and Facebook, two of the most powerful digital aggregators, control much of the traffic stream and tend to set advertising rates for much of the industry. Digital publishers are chasing more and more traffic just in hopes to remain profitable. And traffic doesn’t necessarily equate to profits.

It seems that television, not digital media, is embracing and mastering the model of the future: Make people pay to consume content and make a product that they’ll actually pay for. Sites like BuzzFeed has only its traffic to monetize and can only sell it once. Television shows can be repurpose and sold again and again, with streaming a third revenue stream in addition to broadcast and cable.

While “cord-cutting” is frequently seen as the apocalypse for traditional media companies, more people than ever are consuming television and are paying for it. Well-produced, highly structured narrative video entertainment is so profitable that everybody in digital media wants part of the action to offset declining ad rates and rising traffic demands. Even Mark Zuckerberg, CEO and Founder of Facebook, the largest social network in the world, says his company’s future is video. Add to this BuzzFeed and the Huffington Post recently announcing plans to launch major new TV initiatives and, well, you get my point. Make time to read this article in its entirety –it’s good.

According to a recent study by Manta of U.S. based small-business owners, just 14.8 percent said they specifically market to Millennials. Among the over 85 percent who said they didn’t, almost 43 percent didn’t consider Millennials a primary target audience, and nearly a quarter weren’t sure how to reach this group.

Respondents did mention marketing to Millennials required different advertising media, tactics and content as well as more personalization approach and engagement. Social media was the most popular channel small business owners used to reach Millennials with websites, blogs, and email following closely behind. Facebook was the top choice among social networks as the most-used for communicating specifically to Millennials, with LinkedIn, Twitter and Instagram much further down the list. 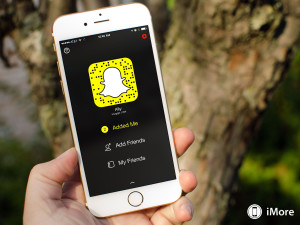 Facebook is currently testing new Snapchat-like filters, text and stickers to enhance uploaded stickers you share with your friends. According to TechCrunch, the social network has already begun to roll out the features to some select group of users. The various filters and formatting options are available for photos shared through the app.

According to the TechCrunch report:

“It lets you add overlaid text in any color, instantly preview filters that you swipe across your photos, or paste Facebook’s stickers on top. Facebook offered more standard filters before and had tested photo stickers, but now they live with the fresh text option in the new enhancements tray.”

After first rolling out to users in New York City in May, Facebook has now made direct payments available to everyone in the United States. According to Facebook’s David Marcus:

We’re happy to announce that Messenger person-to-person payments are now available to everyone in the U.S.! Add your Debit Card and pay anyone on Messenger in a few taps. Money goes straight from your checking account to the recipient’s checking account. Easy and safe. As always, give it a try it and let us know how we can make even better for you!

Currently there’s no word on when or if the direct payments feature will be rolled out to more countries. I can see this as potentially being big. What about you?

According to research from L2 Think Tank, Instagram adoption among U.S. fashion brands rose 11 percent in the second quarter of 2015 as compared to last year reaching 96 percent, and eclipsing Twitter at 94 percent. The data indicated declining organic reach on Facebook as a key reason for the increase use of Instagram usage in their marketing. Smart.

Polling by Iconosquare last October asked Instagram users worldwide why they followed certain brands on the network. Sixty two percent of respondents said it was because they loved the brand. A similar percentage said they followed brands they already followed on another social network. Fifty four percent of those polled did so to discover new things and 48 percent because they found the content interesting or funny. 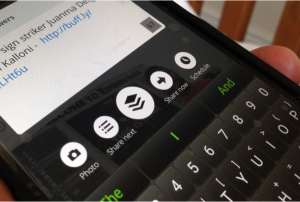 Social-sharing tool Buffer has published its research regarding a major social media study that analyzed almost five million tweets to find out the best times to post on Twitter for maximum reach and visibility.

“I believe this really shares a very detailed look at the state of what is the right time to publish on Twitter and can hopefully help a lot of people trying to improve their Twitter efforts,” Buffer cofounder and COO Leo Widrich telling VentureBeat in a recent interview. “Since social media is so young, it’s been pretty hard to get meaningful data by observing what has happened over time, and we feel we’ve got the first data set that really shows that.”

According to Buffer’s analysis, early mornings are generally the best time to get greatest number of clicks. The most popular time to tweet was between noon and 1 p.m., while the fewest tweets are sent between 3 a.m. and 4 a.m.

It’s important to note these numbers are averages. Click-per-tweet ratios will depend on a number of factors, including who follows you, and where they are located. “Peak” and “off-peak” times varies greatly depending on location.

Engagement also means retweets, favorites, and replies and, according to Buffer, tweets sent between 2 a.m. and 3 a.m. generated the most engagement, though between 11 p.m. and 5 a.m. generally ranks highly for audience interaction. The least engagement happens during “traditional” office working hours of 9 a.m. and 5 p.m. according to the data.

The change of integrating Google+ similarly to other networks has been happening for some time. In January, Google began tying other Social profiles into the Knowledge Graph cards. Beginning early this year, Google also decreased promotion of the Google Plus in its other services such as Gmail and search.

Snapchat announced a bunch of new features for its messaging app on Wednesday, and among them is a new “tap to view” feature that allows users to simply tap the screen to play a video or story.

Up until last week, users were required to “press and hold” their finger on the screen to view content which forced users to be fully engaged with the content. This new feature is a departure from that philosophy. It will be interesting to see if this has a significant effect on overall engagement on the platform.

As of last week, the live streaming video app Meerkat is now allowing users to embed its videos on any website. Previously, you had to click through from the direct link or watch via the Meerkat app. Now users can embed videos from any Meerkat account in portrait, square, or “big square” formats. They can also choose to have the video autoplay the video in mute, upload a custom cover image and choose to display viewer interactions.

Les Twins_Hip Hop Dance Championship (this is my absolute favorite thing on the Internet this week – it’s so captivating, I’ll bet you can’t look away)!

Not to be Outdone by Les Twins, Here’s A New Take on Silento’s “Watch Me“